February 12 2017
22
Modern society is characterized by crisis phenomena in many areas of life. Difficult socio-economic conditions greatly complicate the lives of the entire population and destroy ideological attitudes. The situation on the labor market is complicated, many have not solved the housing problem. This leads to a loss of a sense of stability and security among a significant part of the population of our country. There is a fear of reality, which gives rise to the desire to escape from reality. People with low adaptive abilities are more prone to this. In search of protection from stress, discomfort, stress, they resort to addictive behavior strategies. In varying degrees, it is deviant, abnormal.


Numerous works of domestic and foreign scientists are devoted to various aspects of such behavior. Programs are being developed for the prevention and correction of alcohol and tobacco dependence. However, with the growth of cyber users in Russia and in the world, the problem of Internet addiction becomes more obvious (virtual, Internet or cyberraddiction, netagolism). The first to come across were psychotherapists and companies that incur losses due to employees with a pathological urge to stay in the online space. For military personnel with an increased risk of developing cyberdaddiction, the performance of duty and the performance of professional duties can be difficult.

The army is a reflection of society. Therefore, the study of the characteristics of the formation and dynamics of the addictive process in case of Internet dependence of military personnel is a job whose acuity will only increase.

The term “Internet addiction” was suggested by Dr. Ivan Goldberg in 1994 to describe the pathological, irresistible craving for the use of the Internet. Behaviorally, it manifests itself in the fact that people so much prefer life on the Web that they actually begin to give up physical existence, spending up to 18 hours a day in virtual reality. Another definition of Internet addiction is the obsessive desire to enter the Internet while being off-line, and the inability to leave it, being on-line.

This dependence is non-chemical, that is, does not lead to the destruction of the body. By impact, it is closer to gambling. However, if for the formation of traditional types of dependence takes years, then the period is sharply reduced. According to K. Young, 25 percent became dependent within six months after starting work on the Internet, 58 percent - in the next six months, and 17 percent - after a year.

Ensuring the security of the individual, society and the state in the conditions of information aggression unleashed against Russia, where the battlefield is public and individual consciousness, requires constantly keeping specialists in the focus of the problem of network preferences among military personnel. Traditionally, the most computerized education. In military schools there are both the Internet and people prepared for its use. The results of studies conducted among the cadets revealed a general tendency of cyberdependence. 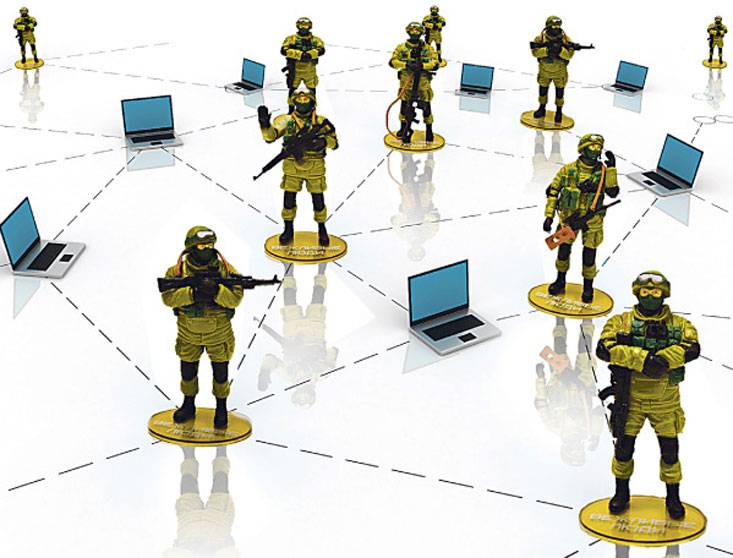 Most - 60 percent pay the Web two or three hours a day, which is the norm for the modern user. However, up to 23 percent of cadets already have obvious signs of dependence, spending three to six hours of their time on the Internet (we do not specify in which range we are connected to the Internet during the day, we are only interested in summarized temporary indicators). Particular attention should be paid to the fact that 14 percent definitely suffer from cyberdocumentation, wandering the web for eight hours or more. And only three percent of respondents use the Internet one hour a day.

The data obtained indicate that 71 percent of Russian cadets prefer to communicate in social networks, 19 percent go to gaming, entertainment, search sites, and only every tenth visits learning sites. 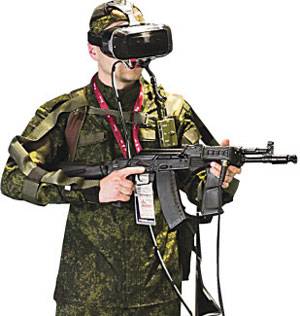 What is the picture of network bias in foreigners studying at Russian military colleges? 45 percent spend on the Internet two to three hours a day, 23,5 percent - three to six hours. 21,6 percent are immersed in virtual reality for four to eight hours, up to 5,9 percent - 10 – 18 hours per day. And only 3,9 percent of foreign cadets use the Internet for educational purposes by the hour every day. As for the analysis of Internet preferences, it turned out that 66,6 percent go to social networks, 31,4 percent go to gaming, entertainment, search sites, and only two percent have training resources in priority. Thus, the predilections of Russian and foreign cadets are similar. Quite a significant amount of visits to the second social networks can be explained by the need to communicate with relatives.

Taking into account the dynamics of growth in the number of students using the Internet outside the norm, one can speak about the risk of forming dependence among a significant number of cadets at military universities. The increase in time spent on the web is extinguished by negligent performance of immediate duties. Suffer and study, and service.

Internet addicts usually try to hide from others the time spent on the Internet and what exactly they are doing on the Web. Lying to colleagues, commanders, family members, friends is a component of any addictive process. As a rule, the first to pay attention to the excessiveness of hobbies and it is the people around who suggest the loss of control. But addicts have a negative attitude towards attempts to distract them from being online. And commanders, colleagues, friends often regard this as odd, although there is a formation of a painful dependence.

One of the most important negative consequences of Internet addiction is the damage not only of production activities, but also of social activity. Addictive realization becomes a surrogate for interpersonal contacts, isolation from them increases in real life. This is a very dangerous trend for military units, since the nature of the weapons used, the forms and methods of combat are collective. Internet addicts believe that it is easier to communicate with a person online than personally.

An integral part of such a realization is anticipation, that is, thoughts about the state of withdrawal from reality, the possibility and the way to achieve it. Internet addicts tend to “anticipate” what they will do on the Web while offline or fantasize about being online (including in class, self-study or in service). A person seeks to addictive realization, wanting to get rid of the weary mental state and replace it with a state of other content.

Internet dependent servicemen, being offline, experience emptiness, boredom, depression, depression, irritation or nervousness. This state goes away as soon as they are online. Addictive realization creates the illusion of the possibility to control the mental state without any harm for yourself, to evoke a feeling of comfort at will, to get rid of unpleasant emotions and thoughts. The availability of gadgets and Internet access points leads to the fact that dependent servicemen have little light day and they use night time for their addictions.

The development of addiction sooner or later leads to a change in lifestyle, disruption of sleep / wakefulness and rest / workload, as a result of which not only productivity, but also physical health suffers. The soldier neglects sleep, personal hygiene, food, official duties. Drive self-preservation is depressed, there are depression, suicidal thoughts.

When a soldier develops Internet addiction, there is another danger: at a certain stage, a situation arises when a person tries to get rid of one misfortune and falls into the “trap” of another. Was tied to the Internet - switched to drugs. He was a workaholic - he became a pathological player (gambler) and so on.

It is characteristic that in the Internet-dependent military environment, more than three-quarters of the respondents had periods of alcohol, drug or other substance altering consciousness. The combination of cyberdiction with other forms of deviant behavior: gambling, sexual hyperactivity has been revealed. Correction of Internet dependence on military personnel requires long-term treatment by a psychotherapist individually or in a group.

How is prevention in other countries delivered? Back in 2004, the Finnish authorities officially allowed conscripts with Internet addiction to take a respite from the army. Military doctors thought that young people should be given time to unlearn spending time on the Internet and find friends in reality. At the same time, the armed forces freely release home to those who have felt the consequences of the addiction to the Network during their service. According to the authorities, soldiers with addiction are unlikely to be effective in battle, so they should be given a chance for healing away from military matters. The same problem is in the armed forces of the United States, China and other military powers.

Improving the quality of work with personnel, more careful monitoring of gadgets, creating conditions when the use of the Network becomes impossible on the territory of higher military educational institutions and military units can serve as prevention and a way to combat Internet addiction. Later, when society faces recognition of cyberdependence as a type of pathology at the official level (legal, medical, etc.), it is necessary to consider measures that impede the flow of Internet addicts to military universities. Conscripts with such a diagnosis should be sent for treatment, not for service.