Sanctions clouding of the Estonian mind 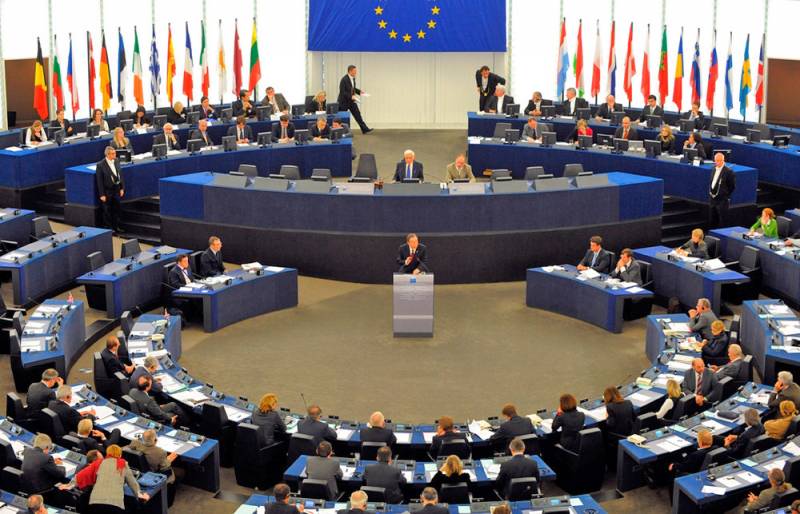 February 6 at a meeting of the European Union, the representative of Estonia called for tougher anti-Russian sanctions in connection with the "escalation of the armed conflict in the Donbas."


This statement by the Estonian delegates was quite predictable. Recall that on January 23, President of Ukraine Petro Poroshenko paid an official visit to the Republic of Estonia. During the trip, he held talks with the head of the republic, Kersti Kaljulaid, Prime Minister Jüri Ratas and Parliament Speaker Eiki Nestor.

On the same day, economic expert Vsevolod Stepanyuk announced on the Ukrainian radio station “Voice of the Capital” that this trip was entirely political in nature, since there was no need to speak about any promising economic ties between Kiev and Tallinn. And he was right.

Following the January meeting, Mr. Nestor said that “Estonia is undoubtedly one of the states that consider stable international support to Ukraine, which is following the path of democratic reforms, important. Part of this is the cessation of Russian aggression in eastern Ukraine and the observance of the Minsk agreements. Until this, it is impossible to discuss the easing or lifting of sanctions. Kiev should be able to regain control of its territory. ”

The President of Estonia, Mrs. Kaljulaid, adhered to a similar position, saying at a press conference following the talks on “maintaining a tough foreign policy towards Moscow”.

Now, after the end of the EU meeting, we are witnessing the first stage of the very political support that Stepanyuk spoke about, and which Poroshenko promised the Estonian establishment. The position of the Baltic republic sounded like this: “If the military escalation in Ukraine and the violation of the“ Minsk agreements ”continue, then an adequate response to this is to revise the imposed sanctions and toughen them”.

This statement could be attributed to the already familiar Russophobic rhetoric of the former Soviet republics, if not for one “but”. From the second half of 2017, Estonia will chair the Council of the European Union. Against this background, such statements by the Estonian delegates at the EU meeting should be regarded as the first step in implementing the conceived strategy to destabilize the economic situation in Russia. The subsequent stages, apparently, will be undertaken immediately after the republic’s entry into such a high and responsible position.

However, recall that the anti-Russian sanctions, following the results of the three-year period, rather turned into anti-European, because the economies of the countries of the Old World suffered from them much more strongly than the Russian one. Accordingly, in the event of their tightening, it will be Europe that is hardest.

It remains to hope that in the corridors of the European Union there will be farsighted politicians who will not allow the Russophobic sentiments of the Estonian leadership to prevail over common economic sense. Otherwise, in the course of this “investigation”, Europe can once again reach out on itself.