"The Convict Republic": how the Decembrists turned Chita from a village into the capital of Transbaikalia 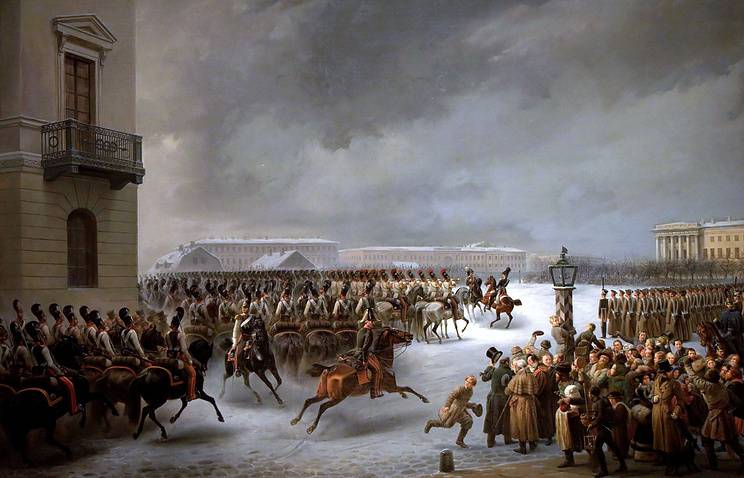 
The Chita old-timers like to tell visitors that the center of their city with its straight streets strongly resembles St. Petersburg, as it is designed by the Decembrists exiled here. They love to show and the main symbol of the city - the log-cabin Michael the Archangel Church. Exiled noblemen-oppositionists and women who followed them to Siberia were married in it. Now the building of the temple is the Museum of the Decembrists, which is popularly called simply the Church of the Decembrists.

The first Decembrists arrived at the Chita jail at the end of January 1827. There were four of them: brothers Nikita and Alexei Muravyovs, Ivan Annenkov and Konstantin Torson. Later, during the 1827 and 1828 years, more 70 participants in the uprising were sent here. For three and a half years of hard labor, they gave a small settlement an impetus in development, which a quarter of a century later turned it into a city and capital of the Trans-Baikal region.

“When the Decembrists arrived in Chita, it was just a village factory department. Small, 75 wooden houses, 393 residents. The Decembrists, of course, gave impetus to the development of this town,” says Nadezhda Baranova, head of the Decembrists Museum. According to historian Mikhail Konstantinov, "despite imprisonment, thanks to the inflexible will and moral strength, the Decembrists actually created an island of free thought and spirit in Chita, a kind of convict Decembrist republic."

The main part of the Decembrists was kept in the prison building completed by them - four rooms with small windows, where it was crowded, stuffy and noisy, including the sound of shackles. The shackles of the prisoners were allowed to remove 1828 in August by special order of Emperor Nicholas I. Later they were allowed to build seven more small log cabins in the prison yard at their own expense. There, in the prison yard of the Chita ostrog, the convicts built a building like a club, a gazebo, and a garden.

During their stay in the prison prison of Chita, the Decembrists achieved an unspoken right to practice science and enlightenment. They called their scientific meeting the "Correspondent Academy", in which reports on exact, natural and human sciences were heard, and mutual learning in foreign languages, mathematics and crafts was practiced.

"Artist Nikolai Bestuzhev left watercolors with views of Chita and its environs, Decembrist Peter Falenberg - a topographical plan of the burg, and Ferdinand Wolf led a medical practice here, for the first time in the region organized a smallpox vaccination. Three and a half years, and so many things have been done," notes Baranova. 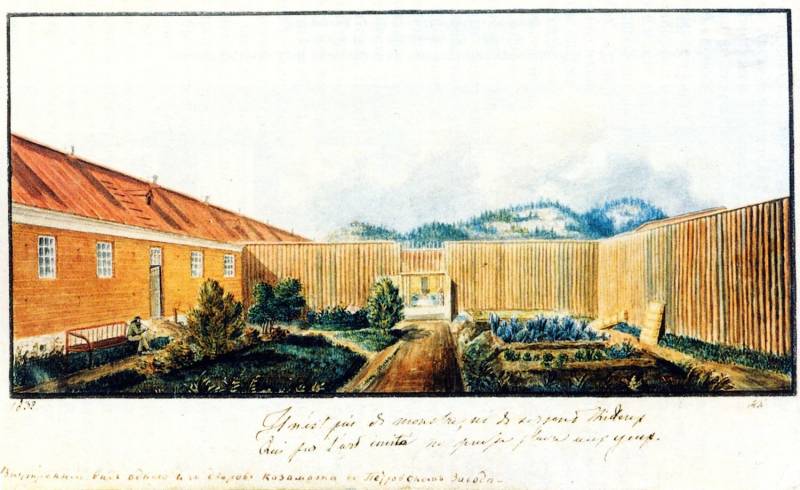 Prison in Chita, where part of the Decembrists was kept. Watercolor by Nikolay Bestuzhev, 1830

The Decembrists introduced the local population to horticulture, gardening, floriculture. Adults and children from the prison district of Chita participated in concerts organized by them and collective singing. The prisoners staged literary readings in the prison, they held chess tournaments. Involving adolescents in their studies, the Decembrists collected mineralogical, botanical, zoological, archaeological, and numismatic collections. Sergei Trubetskoy conducted here meteorological observations.

In February, 1827, Alexandra Muravyova, the wife of Nikita Mikhailovich, came to the Chita ostrog. She secretly brought the famous Pushkin’s message "In the depths of Siberian ores" to the Decembrists. Here, in Chita, Alexander Odoyevsky, on behalf of all the Decembrists, wrote an answer to the “sun of Russian poetry”, in which there are famous lines: “Our sorrowful work will not disappear, a flame will ignite from a spark”.

The wives and brides of exiles traveled to Chita prison for several months. Among them were Princess Maria Volkonskaya and Ekaterina Trubetskaya, the general's wife Natalya Fonvizina, the maid of honor of the Imperial Court, Elizaveta Naryshkina - noble, educated women.

Perhaps the most romantic история - this is the wedding of the French modiste Polina Gebl and her beloved Ivan Annenkov in the same Archangel Church, for the sake of which the girl has overcome a long way in Transbaikalia. After the sacrament, the young couple was greeted by the chimes of the shackles of all the Decembrists present at the wedding. The story of their love inspired Alexandre Dumas to the novel "The Fencing Master".

Remember the walls of this temple and another marriage - Decembrist Dmitry Zavalishin and Apollinaria Smolyaninova - a local resident, daughter of a mining engineer. They got married in Chita in 1839, when Dmitry Irinarkhovich was allowed to enter the settlement.

“The wives of the Decembrists have done a lot for our city. They established gardens here, attracting local craftsmen, built log cabins,” said the head of the Museum of the Decembrists. Near the museum is a monument of architecture - the house of Elizabeth Petrovna Naryshkina; now it is a library.

According to the local historian, Candidate of Philosophy Andrei Bukin, the Decembrists "were the first involuntary but qualitative investment in the development of Transbaikalia". "The money spent here by them and their wives stirred up the economy and commodity production, became the basis for the development of the territory. The Decembrists largely predetermined the cultural development of the region and reflected in far provincial Chita memories of the glitter of the imperial capital. this day, "he is sure.

“Speaking about assigning Chita status of a volost city, one cannot fail to mention Dmitry Zavalishin. He did a lot to prove that Chita’s geographical location allows her, and not Nerchinsk (the oldest city of the region. - Approx. TASS) to be the center of Trans-Baikal Territory” noted Baranova.

Indeed, returning to Chita in 1839, the exiled exile Zavalishin started an exemplary farm there, started cultivating and acclimatizing vegetables and fruits, and distributed seeds free of charge to the peasants and Cossacks. In a word, he behaved like a real colonist, seeking to inhabit the distant lands. 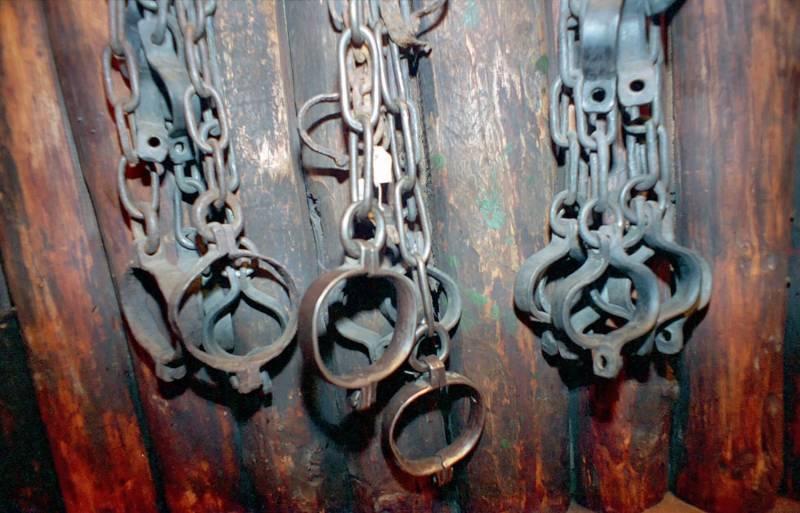 "Zavalishin studied health benefits, prepared medicinal herbs from collected and grown drugs and distributed them to those in need. In his house he arranged a room for a school, where he taught children and adults who wanted it, and then he opened several schools for peasant and Cossack families in Chita. He actively participated in compiling the plan for Chita as a cartographer and surveyor, "- it is said about him in the multi-volume Encyclopedia of Transbaikalia."

In 1851, it was Zavalishin who became one of the organizers of the celebrations dedicated to awarding Chita the status of a city and regional center. A decree on this was read from the porch of the St. Michael the Archangel Church. And even after the amnesty that took place in 1856, Dmitry Irinarkhovich remained in Chita for seven more years, watching how the tiny village, which adopted the first Decembrists in January 1827, turned into the most important city in the east of the Russian Empire.