We are Petro Poroshenko 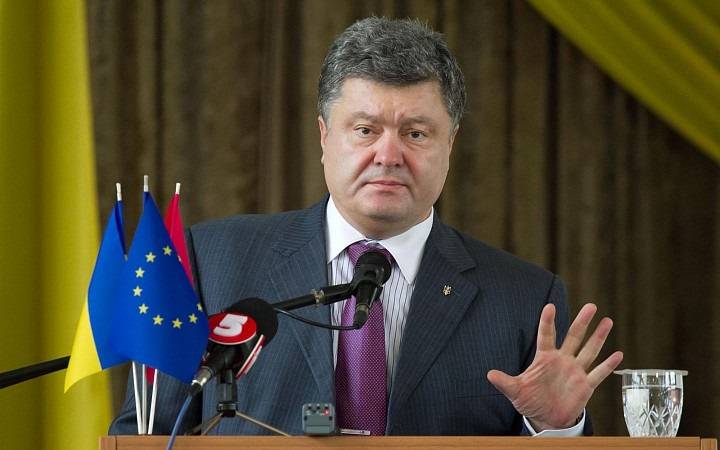 “Do you know who most want the lifting of sanctions? President Poroshenko ", - announced today the Ukrainian President Petro Poroshenko ...

Such statements by the highest official of Ukraine suggest that Peter Alekseevich urgently needs the help of at least a psychologist, and even a psychiatrist. The fact is that not for the first time Poroshenko speaks about himself in the third person (there is even a scientific term for this phenomenon - illleism), which may indicate a progressive megalomania.

It seems that the Ukrainian leader imagines himself at least Louis XIV, who in the 17 century spread the fashion among European monarchs to turn to himself in the third person. Petro to his "sun king" Poroshenko.

A second option is also possible: in his struggle with the Soviet legacy, the Ukrainian leader reincarnated into the most famous anti-Soviet 20 of the century - Margaret Thatcher, who also had this habit. Other reasons for this deviation may also be low self-esteem or a desire to assert themselves.

Also, it is impossible not to note the experiences of Petro Poroshenko due to the “fall in the standard of living in Russia. If you leave a nagged compassion, then this phrase can be interpreted as follows: "let it be bad for us, if only our neighbor would have worse things." By the occasion, I would like to remind you that the hryvnia exchange rate has fallen almost three times, and according to the UN, more than 80% of Ukrainians are below the poverty line.

However, such dubious achievements do not prevent the Ukrainian president from making new promises. In particular, during his recent visit to Germany, he announced his intention to hold a referendum and make every effort to join his country in the North Atlantic Alliance. About the fact that, according to the forecasts of European experts, Ukraine will need at least 20 years to join NATO, he did not remind.

In general, what about what, and Petro about his: hryvnia ten, visa-free regime with Europe until the end of 2016, the fight against corruption, lustration of power, a referendum on joining NATO ...