February 7 2012
16
Any revolutionary situation in Kyrgyzstan (be it the displacement of Askar Akayev or Kurmanbek Bakiyev from the post) was accompanied by the confrontation of the south and north of the country. In recent years, we have already managed to get used to the fact that today's Kyrgyzstan by and large cannot be called fully a single state, since the southern and northern regions of Kyrgyzstan have neither mutual trust nor a stabilizing commonality of views on both external and internal problems. . This situation is similar to the current situation in Ukraine, when the western regions of the country position themselves as frankly orange, and the eastern regions are aimed at integration with Russia. 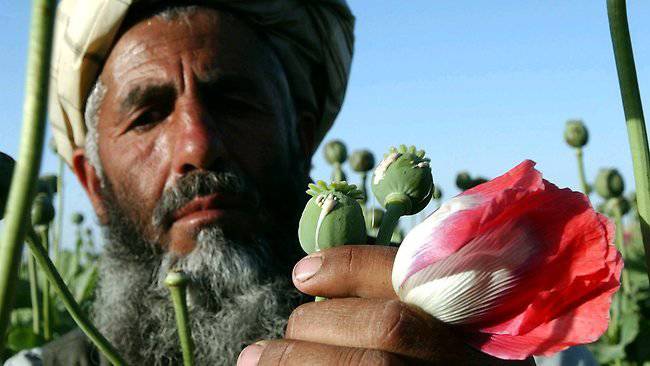 More recently, Turkish correspondents, who conducted their own investigation into the roots of the confrontation between the north and south of Kyrgyzstan, added oil to the fire of the internal Kyrgyz confrontation. Analytical studies have led to the fact that the personality of the current head of the Department of Internal Affairs of the so-called southern capital of Kyrgyzstan, the city of Osh, unexpectedly came to the fore. The name of this person is Suyun Omurzakov. Mr Omurzakov was for some time the second person in the Kyrgyz Ministry of the Interior for the Southern Region. Since the June events, Omurzakov has been the representative of the Kyrgyz Interior Ministry in the Russian Federation.

Studies by Turkish journalists have led Omurzakov for a number of years to engage in vigorous activities involving the smuggling of drugs from Afghanistan to Russia, and then to Europe. When occupying the ministerial post, Mr. Omurzakov repeatedly contacted representatives of the NATO coalition forces in order to allegedly increase the security of the American military base Manas. In a strange way, after each such contact, the growth of drug traffic through the territory of Kyrgyzstan was recorded. A quite reasonable question arises: was it not whether Mr. Omurzakov’s activity was aimed at ensuring the safe transit of Afghan opiates through Kyrgyz territory?

This judgment has a sufficiently solid platform. Why? Yes, because Suyun Omurzakov, after a series of scandals connected with his name, turned out to be not behind bars, but in the place of the head of the Internal Affairs Directorate in the city of Osh. It turns out that some forces are counting on Omurzakov, for whom it is advantageous for the narcotic flow from Afghan Badakhshan towards Russia to be stable and controlled.

The name of Omurzakov surfaced more than once in connection with ethnic cleansing against the Uzbek population of the southern regions of the Republic of Kyrgyzstan. However, for some reason, such clearly anti-legal ones did not embarrass the American side, which, apparently, it was in Suyun Omurzakov that she saw the main local “tsar” capable of solving large-scale tasks.

It is worth recalling that during the stay of the American troops on the territory of Afghanistan, the drug traffic from the country increased significantly. For obvious reasons, this may be due to the fact that high-ranking military personnel of the coalition forces organized a kind of business in the territory of the Afghan state. Business was reduced to obtaining a certain profit from those people who were engaged in the cultivation of poppy plantations and sending drugs abroad. For objective reasons, Omurzakov should have been aware of how and in what quantities the narcotic potion was shipped across Kyrgyzstan to Russia. However, all his knowledge came down to the blatant protection of the drug trafficking system and the creation of the most powerful corruption scheme in the country.

Despite this, Russia continues to provide Kyrgyzstan with interest-free financial assistance, hoping that the military base in Kant will not be out of control of Moscow. It turns out that the leadership of our country is ready to finance the authorities of Kyrgyzstan, which openly turn a blind eye to the smuggling of drugs, which annually kill millions of lives in Russia. Is it not time to present Kyrgyzstan with an ultimatum about the fact that it’s time to finish the double game only with the aim of enriching the local power elites?