February 2 2017
77
As you know, the day before, the Ministry of Defense of Ukraine brought accusations against Russia that allegedly from a drilling platform on which deposits are being developed by Russian companies (in the Black Sea) from rifle weapons An-26 Ukrainian Navy plane was fired. In ukroSMI showed photos with small holes in the fuselage of the aircraft. 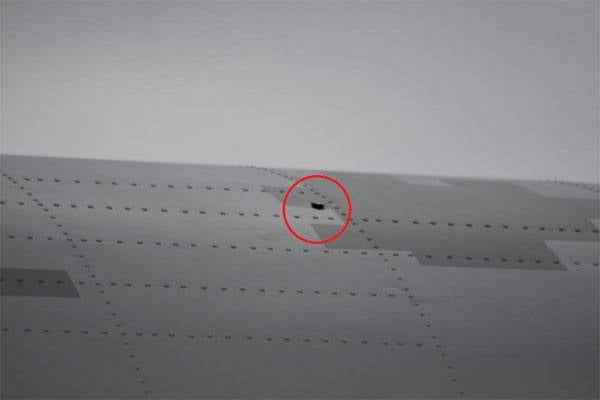 Today, the Chief Military Prosecutor of Ukraine Anatoly Matios on the air of 112 Ukraine TC announced that Kiev intends to transfer to the International Criminal Court "evidence of the shelling of a Ukrainian transport aircraft by Russia."

It is reported that a bullet was allegedly found on the plane, which was “sent for examination”.

At the same time, representatives of the Black Sea Fleet refute the statements of the Ukrainian side about the shelling of an aircraft from firearms. According to the press service fleet, during re-approach to the drilling platform, an employee of the security unit, on the basis of the instruction, gave four light signals from a signal pistol.

In connection with the statements of Matios that Ukraine appeals to the ICC, this Matios would be worth for a start to get acquainted with the "materiel" and establish that Russia has now ceased to be a party to the Rome Statute of the International Criminal Court.
Ctrl Enter
Noticed oshЫbku Highlight text and press. Ctrl + Enter
Military Reviewin Yandex News
Military Reviewin Yandex Zen
77 comments
Ad