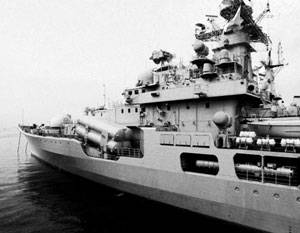 One of the representatives of the Chinese command predicted a war between the United States and China during the reign of Donald Trump. The steps of the new American administration are really unnerving Beijing - but are they really to such an extent that there is a real threat of military conflict between the two most powerful powers of the world, and in the very near future?


The People’s Liberation Army of China published on its website a statement by one of the official representatives of the Central Military Commission. In a statement quoted by the InoSMI portal on Tuesday, it is explicitly said: with the advent of Donald Trump, the war between China and the United States has become almost inevitable. In addition, it contains a recommendation to send Chinese Navy ships to the East China and South China Seas to change the strategy in the Asia-Pacific region.

As is known, the views of Washington and Beijing on the waters of the South China Sea diverge dramatically. If China claims to this area, develops natural disputed islands there and pours new artificial ones in an attempt to establish control over the passage of international ships, then the United States and a number of nearby countries demand to keep the sea routes free. During the election campaign, Trump repeatedly called Beijing one of the main opponents of the United States, accused him of building a "fortress" on the disputed islands and unwillingness to help curb North Korea’s nuclear ambitions. Trump threatened to reinforce the American military presence in the South China Sea in order to stop Beijing from building artificial islands.
In Beijing, fears are growing about Trump's refusal of the “one-China policy” that his predecessor Barack Obama was pursuing. So, China considers the island of Taiwan "its rebellious province", which must be returned to the PRC. Because of this, China refuses to have diplomatic relations with countries that recognize Taiwan as independent. However, at the end of last year, Trump spoke on the phone with the head of Taiwan, which alarmed the Chinese.

In mid-January, Chinese President Xi Jinping, as part of his European tour, said that China would try to "build a new model of relations with the United States." During a meeting in Davos at the World Economic Forum with outgoing US Vice President Joe Biden Sy, he urged the United States to work together to build long-term relationships. This statement was made after Rex Tillerson, who was nominated by Trump for the post of Secretary of State, called for a "clear signal" to be sent to China on the inadmissibility of his actions on the disputed islands in the South China Sea.

However, trump's critics inside the country managed to blame the new president for acting in favor of China. Last week, Republican Senator John McCain said that Trump’s decision to withdraw from the Trans-Pacific Partnership would only help China strengthen its economic power.

Vasily Kashin, senior researcher at the Institute of Far Eastern Studies of the Russian Academy of Sciences, expert of the Center for Analysis of Strategies and Technologies, takes such statements seriously. He recalls: in recent years, relations between the two countries have only deteriorated, and a military conflict was considered possible even under Obama.

“Under Trump, a gradual increase in tension can become uncontrollable and avalanche-like. This is simply a statement of the new quality of Sino-US relations, ”Kashin told LOOK at the newspaper. He recalled that the previous governments of both countries, with mutual distrust, had nevertheless gained tremendous experience of behavior in relation to various acute problems, starting with the issue of Taiwan. If in Beijing all this experience has been preserved, then a new team has arrived in Washington.
“In the Pentagon, continuity is preserved, and General Mattis is a respected military professional. But, for example, in the White House and partly in the State Department, a huge number of people will simply be dispersed. It is already clear that Trump is inclined to question the fundamental truths that everyone has long agreed not to discuss, for example, the notorious topic of “one China’s politics,” the expert explained.

According to Kashin, Trump's peculiarity is that on the wave in the generally correct understanding of the failure of the previous foreign policy, he begins to question everything. There are no indisputable truths for him, he takes the practice that has developed over decades and asks the question, why continue in the same vein. “The rules of the game change on the go. And Trump does not always have the necessary knowledge to understand the consequences of his actions, ”he warned.

New American realities are superimposed on the fact that China is growing national identity, a sense of strength and pride. For example, if in the 90s people used to forgive the government some things, as was the case with mass anti-Chinese riots in Indonesia in the wake of the Asian financial crisis, then if the Chinese government now does not protect the dignity, honor and interests of the country even in a smaller crisis, public reaction may be unpredictable. "The growing tension between the United States and China is aggravated by the increased military capabilities of China and the simultaneous increase in the US presence in the Pacific," the expert warns.

In turn, the American political scientist from the University of Tennessee, Andrei Korobkov, believes that the Chinese do not seriously expect a war. But they understand that, strategically, Trump really considers the PRC to be the main threat and that the center of power in the global balance is shifting from the Atlantic and Western Europe to the north of the Pacific Ocean.

“This line will continue. This is Trump's strategic approach. The Chinese military are aware of this and are preparing themselves and public opinion for this change. Tensions between China and the United States will grow, both for economic reasons and military-strategic. This is precisely the reason for the change in the US line towards Russia. Trump is trying to repeat the Nixon model, only the opposite: Nixon formed an alliance with China against the USSR, and Trump is trying to make Russia at least neutral in relations with China, ”Korobkov told the newspaper VIEW.

According to his forecast, the US military strategy will be reoriented to a potential conflict with China, to support its opponents and at the same time to improve relations with Russia. “Under Obama, Russia was repelled in every way from Europe and pushed towards China. It is clear that Trump considers this strategy vicious, ”Korobkov is sure.
Alexander Lukin, director of the Center for Eastern Asia and SCO Studies at MGIMO, recalled that, according to one of the open Chinese documents - the White Paper on Security, a war with the United States is considered unlikely. “This is the official look. As for the different individual generals, there always someone speaks about something. True, they are usually retired people, and not of such a high level, ”Lukin told the newspaper VIEW.

The appearance of such a statement from a representative of the current military council, according to the expert, is connected with the desire of China to openly express concerns. At the same time, Beijing is showing Trump’s misunderstanding, “who makes conflicting statements.”

“The Chinese want to show that they are ready and not afraid of even the most negative developments. But it is unlikely that official representatives of the Central Military Commission of the People's Republic of China really think that a war will begin with the United States. Perhaps China wants to put pressure on the new American administration, ”suggested Lukin, adding that similar statements are being made with the expectation of an internal audience, because in China“ various nationalist tendencies are strengthening. ”