Andrei Dementiev: “The war gave us many life lessons” 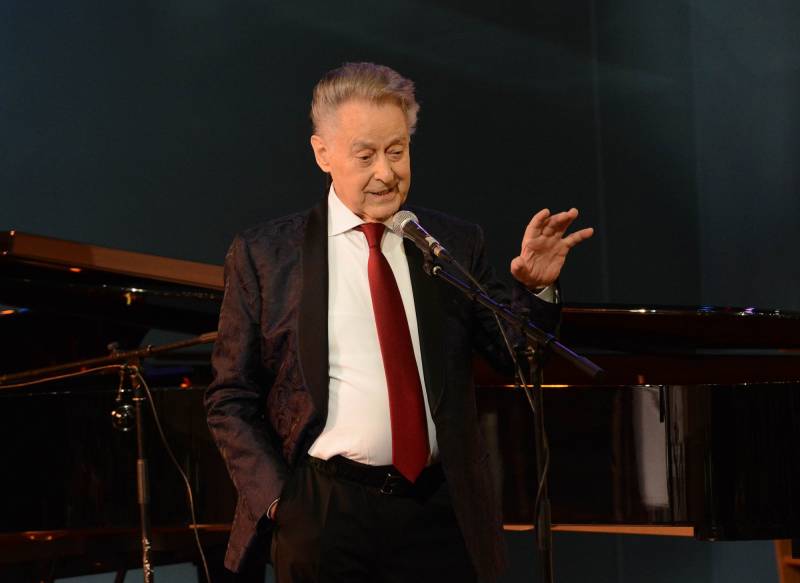 We met the legendary songwriter Andrei Dementiev at a large book festival that took place not so long ago in Rostov-on-Don. The poet spoke to different audiences themselves and answered questions to him easily, without pathos and starry snobbery. He also did not refuse to communicate with me: and we talked about war, patriotism, literature, and life before and after the USSR. Since Andrei Dmitrievich speaks no worse than he writes, I will give our conversation in the form of a poet's monologue. 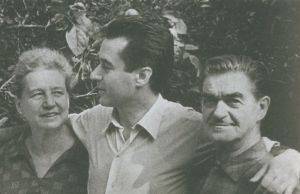 When the war started, I was 13 years old. I was born 16 July. What is a boy in 13 years? What does he understand about life? I remember that fear was the leading feeling. My city - Tver - burned. Around the bombing raids. You go to bed and you do not know whether you will wake up in the morning or not. I was very worried about all this in my soul. Father repressed. Both he and grandfather sat in camps. Mom was torn at work - trying to feed us, fell from fatigue. Grandmother was endlessly ill. The life that was before now seemed to me something unreal. As if it was not her. Solid black hole. And there is no clearance. And I was still quite green. Therefore, I decided that it would be so tomorrow and the day after tomorrow. Is always. And so I decided to put an end to my torment. I think many adolescents are experiencing something similar, but when bombs explode outside the building, buildings are burning, and the temperature is below zero and there is nothing to eat at home, this feeling brings to the edge.

I decided to shoot myself. There were bullets at home and I thought that if I put the cartridge in a spiral of an electric stove, it would fire. Put on a white shirt. I wrote a letter to my mother: they say, forgive me, mother, it will be easier for you. Fool, of course. But I say, as it was. Put the note on the table, and he bent his chest to the tile. I waited for the shot. What I experienced in these moments, I do not remember. Noise in ears. In the eyes of dark. And one thought: "Now everything is over!".

But fate intervened. Apparently, God then decided that I was still needed. My grandmother returned home - she went somewhere for business, at the time when I was planning suicide, and suddenly came unexpectedly. I forgot something. I heard a knock on the door, turned around and at that moment a shot rang out. Not the same as in the movie, but ringing, resilient. Such a ringing, as if the air was cut. The bullet darted past my face and pierced the window panes. Grandmother did not understand anything. So everything was fast.

I suddenly sobered up. And matured in those seconds. I thought what would happen to my mother, grandmother, if against the background of everything that happens around, they would have lost me? Never in my life, no matter how difficult it was, I did not even think about reaching the edge. It has become a great life lesson.

And only decades later after this incident of attempted suicide, when neither mom nor dad could find out about it, I described it in my memoirs.

When I read modern magazines, especially when “original” ones fall into the hands, those that offer a “fresh” view of history, I sincerely wonder. Democracy is a democracy, but there are things that should be outside of such discussions. For example, not so long ago I saw in a foreign magazine a publication that the United States of America won the Great Patriotic War and saved the entire globe from Nazism. I was laughing. But this laugh is bitter. Our children are brought up on similar newfangled tenets. For my part, I try, wherever I speak, to talk about how it really was. Especially such conversations are interesting and important to hold in a young audience. Today it is difficult for them to imagine what the country was going through in those years. I'm not talking about dates and numbers, but about people's lives. How the boys and girls 40's survived, what they ate, where they went, how they worked, what ideas they had about friendship, love, patriotism. And the modern guys are listening! They are interested. They just do not tell anyone about this. And you have to talk. And the more often, the better. And you need to give decent examples.

... In France, acquaintances showed me a graveyard of soldiers of the French resistance. I walked past the graves and saw the names: Russian, Kazakh, Ukrainian, Belarusian. Our! How were our people there? And they, having escaped from captivity, came to the aid of the local population. Is this not an example of the Russian spirit and our role in that war?

And I also remember well that after the Great Patriotic War, the Russian writer Ilya G. Ehrenburg (he was famous for his open attitude and ability to speak the truth in the eye) during his speech at the House of Unions, appreciating the war, said that human life cannot lie on some scales with pork stew. We will not be given back our fathers, grandfathers, mothers who left early because of exhausting work. Nothing more valuable than this can be.

"The Ballad of the Mother"

How many songs I have written in my whole life I don’t know for sure. Hundreds. And today they send me CDs with songs on my poems. It is pleasant - it means that I have not come out in circulation yet. 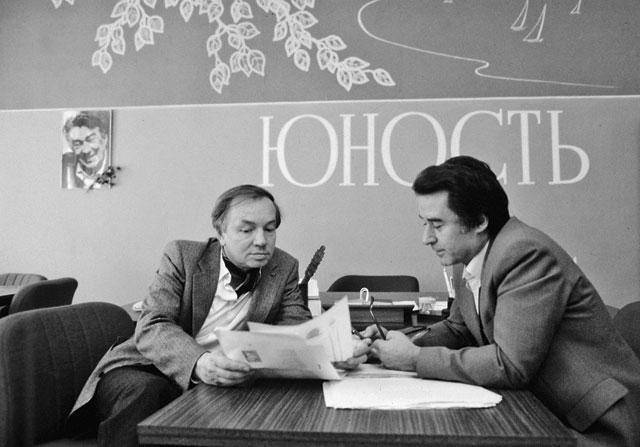 One of the most popular - "The Ballad of the Mother." This song is already half a century old. But she is still popular. Not so long ago she was sung by a young talented singer Zara.

It all started like this. I was at the resort, in a sanatorium in Esentuki. 1965 year. Came from the procedures in the room. I went down, turned on the radio and heard the announcer's message about an amazing incident. Two decades after the war, the mother, whose son never returned from the war, suddenly saw him on the cinema screen. Then the chronicles of wartime were shown. I was shocked. Imagine: a woman is sitting in a darkened room, she came to see a documentary. And suddenly he sees, a painfully familiar, beloved face. Her son is the same as he went to the front. Although 20 years have passed!

I sat down at the table and wrote poems. Immediately. In one breath: “The mother has aged over thirty years, and there is no and no news from her son. But she continues to wait, because she believes, because the mother ... ". Just splashed out on paper.

After the release of the song, they promised to introduce me to my heroine. And I was going to visit her, but, unfortunately, she was no longer.
The first performer of the "Ballad of the Mother" was Yevgeny Martynov. He brought me music. But at first I didn't even want to listen to this song. Because I was sure it was poetry. And the point. But when Zhenya started singing, I froze. He listened to the end and said: “Yes. I would never have seen my poems in this vein, but your music touches you to tears. ”

This song has become our joint business card. Then there were the smash hits "Apple trees in bloom", "Swallows returned home", "Birthday", "Alyonushka", "Tell me, mother" and many, many others ...

I didn’t want the ballad about mother to be performed by singer Zara. She is so young that she has never seen anything in her life. What does she know about grief? About losses? What experiences can we talk about in 25 years? But suddenly she started singing and my inner voice stopped. She sang a soul. She sang and cried. And I shed a tear. Now we are friends. Age, indeed, is not an indicator of a person’s internal content.

About fathers and children

Freedom - Freedom! Everybody is talking about her today. Of course, it’s good that you can sing, write, shoot, broadcast whatever you want. And, it must be admitted that fifty years ago there was a lot that today cannot be assessed positively. Many of my relatives died in the camps. And I myself, being the son of an enemy of the people, could not enter the institution I wanted. But you can not smear all black paint. This is not the case in life, and all the more so in history.

We, in the USSR, had the best education in the world for which we did not pay a penny, excellent medicine, circles for children, sections. Everything is free. My childhood friend, a guy whose parents could not even buy second pants for him, became a polyglot. He knows nine languages ​​and now runs a large institution. Another friend received the Lenin Prize for achievements in the nuclear field, then became the Hero of Social Work. And all this people from my yard. We have become so thanks to the Soviet school, education, the example of fathers and grandfathers. And, probably, to war. She gave us many life lessons. People are revealed in the most difficult times. And it is in difficult times that the best human qualities come to the fore. Although I would like to wish my children, grandchildren and great-grandchildren never know what war is. It is better to find life lessons in history. After all, she (in one form or another) always repeats ...