Project "ZZ". Will the Russians survive after a nuclear strike?

February 1 2017
115
One of the high-profile topics in the Western press was the discussion of the question of the survival of Russians and Chinese in a nuclear strike. The topic came, as they say, from the very top: the Strategic Command of the US Armed Forces and the office of the Director of National Intelligence together assess the ability of Moscow and Beijing to "survive a nuclear strike." In the meantime, the Institute of Cato sadly states: the “alternative” to the dialogue between the United States and the Russian Federation is “nuclear confrontation”. 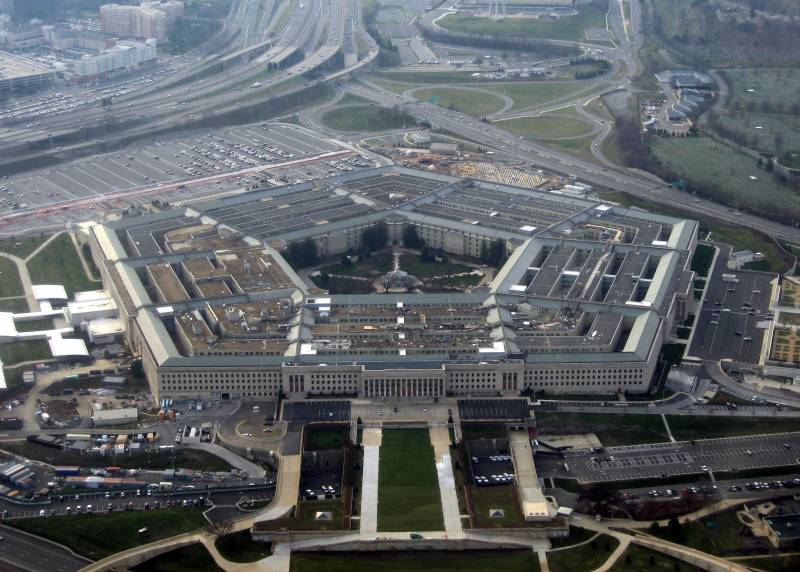 US intelligence agencies and the Pentagon’s Strategic Command are working on a new assessment of the ability of the Russian and Chinese leadership to “survive the nuclear strike” and “continue to work,” reports «Bloomberg» with reference to the office of the Director of National Intelligence and the US Strategic Command.

A new study is being commissioned by Congress. The decision to hold it was made even before D. Trump took office as president. The program for assessing the nuclear "vitality" of the Russians and the Chinese was approved by both major US parties. Members of the Democratic and Republican parties "express deep concern" about China’s growing military ambitions and mistrust of Russian President Vladimir Putin.

The publication reminds that Mr. Trump recently promised to "significantly strengthen and expand" the US nuclear potential. He also stated that he could make a “deal” with Putin: easing sanctions in exchange for a future reduction of nuclear arsenals.

Legislators want the National Intelligence and US Strategic Command (the one that does the planning, and in the event of war with nuclear strikes) assess the “possibilities” of the attack of two nuclear powers: Russia and China. Congressmen want to know how today the leadership of these two states is capable of surviving, controlling and commanding.

The report, which will appear in the near future, should include “the location and description of above-ground and underground structures that are important for the political and military leadership”, as well as “facilities” in which the “top leaders” are expected to work during the military crisis.

The strategic command is also required to provide a detailed description of the “survivability level” and ability to “command and control” the United States in the event of a war with Russia and China.

“Our specialists are developing the corresponding report,” wrote naval captain Brooke DeWolt, a representative of the Strategic Command, to Bloomberg. He pointed out that it’s premature to talk about the details. Details will certainly be, but later.

President Trump also does not sit without a nuclear affair. Once again he “signaled” support for the idea of ​​modernizing the US nuclear arsenal. On Friday, in a special memorandum, he ordered Secretary of Defense James Mattis to do a new review of the state’s nuclear policy. Nuclear deterrence of the United States must meet the criteria of modernity, flexibility, readiness and must meet the threats of the 21st century.

Bloomberg further notes that the US government is planning (at least, proponents of arms control say so) that modernization of a trillion-dollar nuclear arsenals is coming. The money will be spent on improving the nuclear "triad". Such plans are not the actual plans of the new administration; They approved more Barack Obama.

Mr. Trump is obviously acting under Obama’s plans. The United States "must significantly strengthen and expand its nuclear capabilities," he said. He himself wrote about this at the end of December on Twitter. According to one TV presenter MSNBC, Trump also allegedly said in one telephone conversation: “Let there be an arms race. We will surpass them at every stage and survive them all! ”

Finally, it was Trump and his national security team who promised to “resist China” on a number of issues: from trade to territorial claims of the PRC in the South China Sea.

What does it mean? Is the clock ticking? Is Doomsday nearing?

Last week, recalls the publication, in the "Bulletin of nuclear scientists" reported an increase in nuclear risks. "Nuclear risk" is considered by experts as one of the main threats to the planet along with climate change. The world is on the verge of a nuclear catastrophe.

Michael Turner says the US “must understand how China and Russia intend to wage war, and how their leadership will command and control a potential conflict. This knowledge is crucial to our ability to contain threats. ” The Republican clarified that Russia and China “made significant efforts and invested significant funds” in order to understand how America can counteract their activities. Including Turner noted “interfering with communication opportunities concerning our leadership.” “We should not ignore the gaps in the existing understanding of the enemy’s key capabilities,” he added.

Franklin Miller, a former senior Pentagon official who served with seven different ministers of defense and the National Security Council (senior director of defense policy and arms control), said in an interview that the American strategy was intended to make it clear to potential leaders that they were “not can win a nuclear war. ”

The leaders of Russia and China are planning to use nuclear missiles controlled from command bunkers “buried deep underground or deep in the mountains,” said Bruce Blair, a research scientist at Princeton University who studies nuclear disarmament. As this expert believes, Mr. Turner's statement implies that the containment of Russians and Chinese "requires the presence of American strategic cruise missiles that can maneuver around the mountains and are capable of hitting bunkers from any angle." 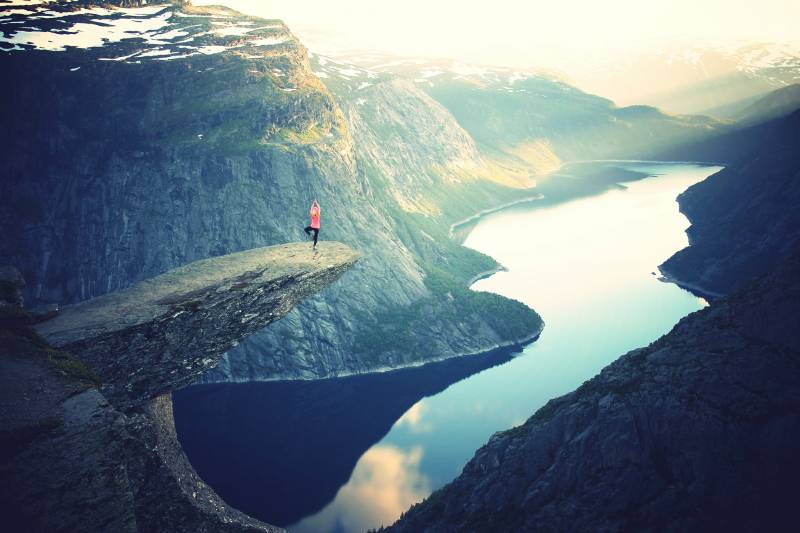 Oscar Jonsson, a visiting researcher at UC Berkeley and a Ph.D. candidate in the Department of Military Studies at King’s College London, leads "Foreign Policy" The "shocking" words of General Stanley McChrystal.

The general said about the possibility of war in Europe, and it is not about Ukraine. The war will begin "away from the ongoing conflict" in this country. According to the military, "European war is not at all unthinkable." People who want to think that war in Europe is impossible can get a “surprise”. The war is real, and this war will be with Russia.

The general idea in brief: increased activity "can lead to incidents and unintended escalation." The bottom line is that Russia already sees itself in a state of war with the West, although there is currently no open war. The economic sanctions imposed on Russia after the invasion of Ukraine are noted by the future doctor of science who is writing a dissertation on the relevant topic, are not perceived by Moscow as a “moderate response from the West.” Most likely, as Russian Foreign Minister Sergei Lavrov said, sanctions are viewed as an attempt to provoke a regime change in Russia. In addition, the Russian perception of such behavior of the West in the international arena “has a longer history". The regime in Russia is convinced that the West has mastered the technique of “color revolutions” and, wherever this meets geopolitical interests, it initiates a change of regimes. The methodology includes an information offensive, funding non-governmental organizations, the introduction of "special services", as well as diplomatic pressure - and all "in the name of democracy". The regime in the Kremlin, therefore, is convinced that the West is already at war, even though it is still using "non-military means."

Therefore, the war with the Russians is hardly “unthinkable.” If she really was unthinkable, why then all these current exercises and the transfer of military forces from the United States to Europe?

In the meantime, the Cato Institute identified the following “alternative” to the dialogue between Washington and Moscow: nuclear confrontation.

This was told by T. G. Carpenter on Institute website.

Ted Galen Carpenter is a senior defense and foreign policy researcher at the Cato Institute and a contributing editor for National Interest magazine. He is the author of a dozen books and 650 articles on the international situation.

In his material, he reveals the “simple reason” of why Russia and America are going “towards crisis”.

Tensions between the United States and Russia have sharply increased in the last months of B. Obama’s rule. The American forces with heavy technology were deployed in the eastern part of Poland, right on the border of this country with Russia. This decision provoked an angry rebuff from Moscow. "Reboot" irrevocably sunk into the past.

However, the truth is that tensions did not appear under Obama. The difficulties of bilateral relations have intensified over the past two decades, the author believes. Even in the first years after the end of the Cold War, that is, during the presidency of Boris Yeltsin, the White House did not have confidence in Russia. Should I talk about the times of Putin, Yeltsin's successor? Hence the expansion of NATO, the first “round” of which happened in the 1998 year (under Yeltsin, that is, long before US officials could point out Putin’s aggressive actions).

From the point of view of Washington, under Putin, Russia has become a "poorly disguised dictatorship with expansionist ambitions."

American officials believe that Moscow has committed a number of "serious crimes": the Crimea, Eastern Ukraine, the Republic of Georgia, and finally Syria, where the Russians supported the regime of Bashar al-Assad.

The list of Russian offenses is even longer. NATO intervention in Bosnia and Kosovo, several stages of NATO expansion, attempts to draw Georgia and Ukraine into NATO, US and EU intervention in Ukraine’s internal political affairs in 2014, which led to the Crimea joining the Russian Federation.

The policy on all of these issues reflects the conflicting approaches of the United States and Russia. Where American officials see their “nobility”, Russians find provocations and something worse.

According to the author, Moscow is more right in its claims than Washington in its own. In addition, the "fault of Moscow" is clearly exaggerated. Look at the others. Do US officials believe that Chinese affairs in the South China Sea, Turkish policy towards Iraq and Syria, or Saudi Arabia’s actions in Bahrain and Yemen do not imply a similar consideration?

The expert has some hope for the Trump administration. And if hope remains hope? If Trump does not restore relations with Russia, does not ease tensions, then there will be one alternative: a dangerous confrontation with Russia, which has “thousands of nuclear weapons».

There are other materials in the Western press that discuss the topic of a possible nuclear war between Russia and the United States. It is not possible to highlight all of them within one review. However, even a small review shows how seriously the topic of nuclear catastrophe is perceived in reputable Western publications.

The buildup of nuclear weapons was and remains a dangerous path leading to the end of mankind. If two or three politicians, preoccupied with their ambitions, do not understand this simple truth, then once again we will remind them: one ridiculous incident or a monstrous mistake is enough, and a fatal catastrophe will lead the planet to a nuclear winter. Horrible machine gun war and tanksand yet humanity has survived a lot of such wars, small and large. But the war of missiles with nuclear warheads will be the last. Russian scientists are already offering take out the cultural values ​​of mankind on the moon, and their idea does not seem completely delusional.

Trump must have with his statements like “Let there be an arms race. We will surpass them at every stage and survive them all! ”I really want to manage the ruins of the United States out of the ground.

Like another Republican, Bush Jr., Mr. Trump, it's time to go to a psychiatrist. However, Bush could not be cured.