Anatoly Serdyukov will take the post of deputy head of Rostec?

February 1 2017
146
The Kommersant publication writes about the high probability of appointing the notorious former defense minister Anatoly Serdyukov to the post of deputy head of Rostec. To date, this position was held by Dmitry Shugaev, who is now appointed to the post of director of the Federal Service for Military-Technical Cooperation (Federal Service for Military-Technical Cooperation) on the basis of an order of Russian President Vladimir Putin.


His statements about the “high probability” of appointing Anatoly Serdyukov as Deputy Sergey Chemezov are expressed by the Kommersant newspaper on the basis of data received from sources in government structures, as well as their number of managers of several defense industry enterprises. 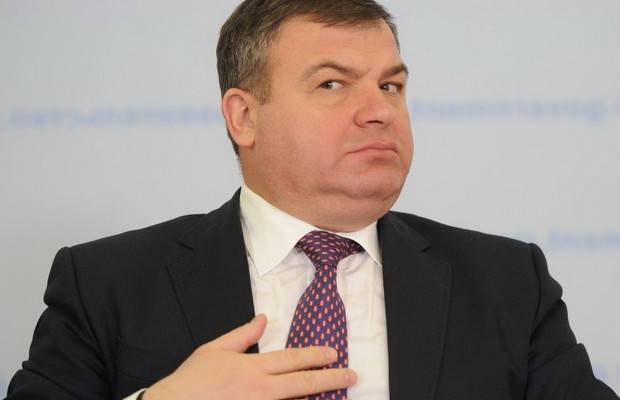 Today, Anatoly Serdyukov, we recall, occupies the post of industrial director of the Rostec aviation cluster, and also serves on the board of directors of one of the enterprises of the military-industrial complex in the city of Bryansk.

Kommersant writes that the name of Mr. Serdyukov is on the list of main candidates for the post of deputy head of Rostec.

Despite the fact that this kind of information is more like ordinary rumors, it has already managed to cause a big stir in the domestic media. There are no official confirmations of the possibility of appointing Serdyukov to a high post at Rostec.