January 31 2017
102
In a large German edition Süddeutsche Zeitung material appeared with reference to representatives of the German government commenting on the situation in the Donbas. The article notes that during the recent meeting of Angela Merkel with Petro Poroshenko, statements were made once again about the need to fulfill the Minsk agreements and once again Russia was accused of all sins. Meanwhile, SZ writes that the German government noted that Kiev was involved in a new round of bloodshed in the Donbas.

From the material of German journalists:
The German government today marks a new aggravation along the line of contact, and moreover places the blame for this on the Ukrainian side. The FRG government sees that the Ukrainian troops are trying to shift the line of demarcation in their favor, consciously acting in a format of increasing tensions. 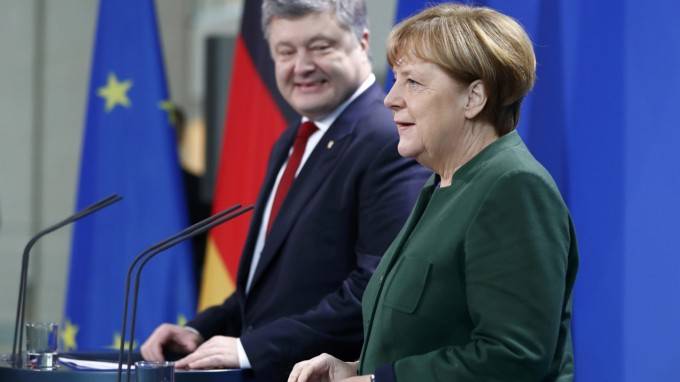 Süddeutsche Zeitung notes that such conclusions are the Cabinet of Ministers Angela Merkel, who, apparently, decided not to upset Poroshenko with such statements, came on the basis of data from a special monitoring mission of the OSCE. Recall that the SMM works in the Donbass and sends data on the state of affairs in the region to the Council of Europe, where government representatives from all countries belonging to the organization can get acquainted with them. Apparently, the German authorities decided to get acquainted with the documents. Moreover, the article in the SZ also says that the OSCE SMM decided to publish not fake, but real information about the situation in the Donbas.

In the same German edition, it is said that Kiev’s actual accusation of escalating the conflict may be related to Donald Trump’s statements about the possibility of lifting or weakening anti-Russian sanctions.