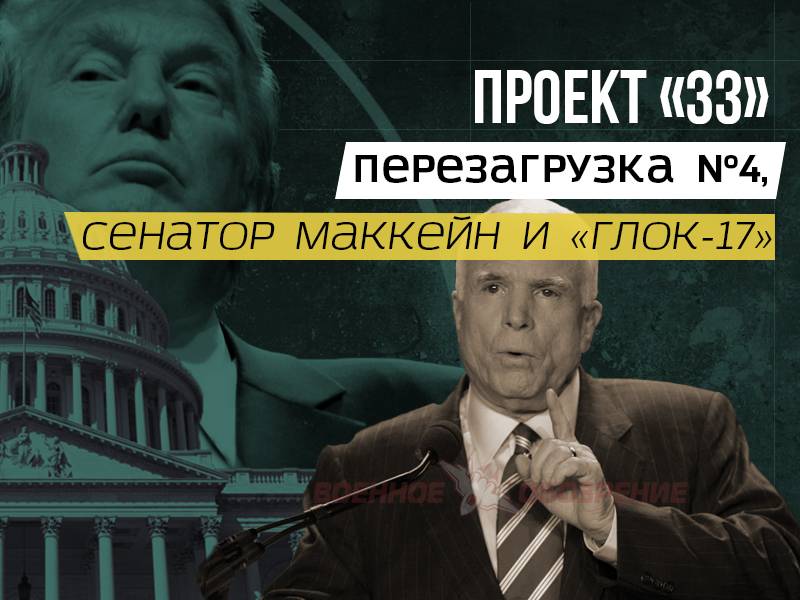 In the US, the discussion of the next "reset" with Russia began. Investors in the meantime say that Russia is alive, despite the screams of the spiteful critics and sanctions. And not only alive, but went uphill: American speculators have already “made bets” on Moscow. Investor interest is fueled by some warming between the United States and Russia, which arose after the election of Mr. Trump to the presidency. On the other hand, some people do not like it, and stories seem to appear on the net about Trump's likely murder on the net. One loser-killer, imported from Britain, is already in a US prison.

Amy myers jaffe in "The Conversation" points out that President Donald Trump is considering another likely "reset" in relations between the United States and the Russian Federation.

This will be the fourth such attempt to reset relations with Moscow, the author believes. The first were after the collapse of the Soviet Union: in 1993, 2002 and 2009 (the last attempt was the most famous in the newest stories). The result of all three is the same: the attempts failed.

How to deal with Russia to Trump, if he starts another "reset"?

The author recalls that Russia needs to achieve the lifting of sanctions. And if so, Trump himself should not offer mitigation measures to the Russians. Let Moscow first make substantial concessions on: a) nuclear weapons; b) cooperation in the fight against "IG" (prohibited in the Russian Federation); c) cooperation in Syria; d) clarify the dark story with hackers.

Channel Fox News informs its viewers that Russia today is the eighth economy in the world. Moscow also claims that “isolation” does not work. Moreover, the Russians set out to make friends with D. Trump. Moscow in general has plunged into “trampomania”, the channel notes.

Now in the USA there are a lot of skeptics who do not believe in the opportunities that the Russian market offers to foreign investors. Concerns about corruption in Russia and the rule of law persist. This discourages many potential investors. However, international organizations convincingly show the Russian upward trend.

For example, the World Bank said that Russia moved from 51-th place to 40-e in the business rating 2017 of the year, which covered 190 countries. Transparency International has “slightly improved” Russia's image in terms of the “Corruption Perception” indicator in 2015-2016. True, there are still Russians to go: far from Europe.

Experts claim that the time has come for Americans to invest in the Russian economy.

No matter how the haters of Russia raged, this country managed to survive Western sanctions, writes K. Rapoza in the journal "Forbes".

No matter how much oil fell in price (the price reached 35 dollars per barrel), Russia survived.

Two years of recession - and it was experienced by the Russians.

The observer believes that the economic team of V. V. Putin has coped with its task. And now the New York stock company Black Rock claims that the time has come to buy Russian securities.

Gerardo Rodriguez, the manager of the company, recalls that the main public attention in relation to Russia is now focused on the geopolitical situation. However, the economy can not be forgotten. Moreover, the situation here is amazing: the company where Rodriguez works has raised the rating of Russian stocks to a level “above the market”.

The submission also indicates that the Market Vectors Russia Small-Cap ETF fund has increased by 140% over the past 12 months. However, he does not trade and does not carry out financial activities in Russia.

Rapoza notes that Russian oil and gas companies, as well as the largest banks, came under sanctions in the summer of 2014 after the "March annexation of the Crimea." Later, Russia and Ukraine signed a peace agreement in Minsk, but the lifting of sanctions depends on a peace agreement on a cease-fire in the Donbas and in the Luhansk region.

Time runs. And now "the political noise about a bad boy named Russia" is no longer "in the way of investors."

Over the past two weeks, Russian securities have been “made heavy” by millions of dollars (according to the EPFR Global Foundation in Cambridge, Massachusetts).

Gerardo Rodriguez notes that it was always difficult to catch the tone Newscoming from Russia, and "after the annexation of Crimea, it became completely difficult to track reality, based on the headlines here." Investors chose not to focus on headings, but on market data. According to Rodriguez, finance ministers are “orthodox” in their approach to economics. Russia overcame the main difficulties a few months ago. If we take into account the possible rapprochement between Russia and the United States thanks to Trump, who does not mind making friends with Putin, then everything is in favor of Moscow.

At the same time, retail sales fell by almost 6% due to a general decline and a fall in revenues. The Moscow investment company Renaissance Capital believes, however, that Russians' incomes will grow.

If the price of oil remains relatively high, 2017 will be a very good year for Russian stocks, the analyst concludes.

K. Raposa ends his article with the short phrase “Excuse me, senator”.

It is easy to guess that it is addressed to one American hater of Russia. That which calls itself "the friend of Russia". 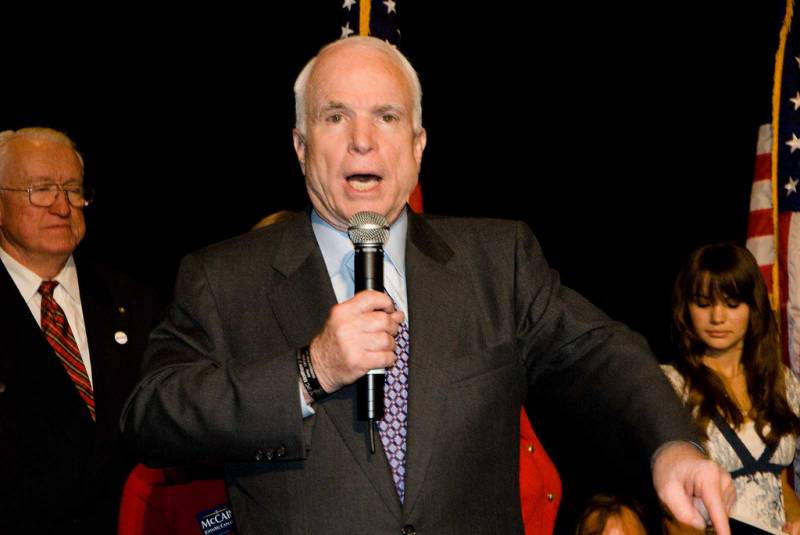 McCain hopes that “the widely held belief that the White House is considering lifting sanctions against Russia,” is speculation. According to McCain, "for the sake of America's national security," President Trump should "put an end to these speculations and abandon such a reckless course."

If Trump does not do this, then McCain and his colleagues will turn "sanctions against Russia into law."

Also, the senator tried to look into the story and said that the last three US presidents "had high hopes for building partnerships with the Russian government." And all their attempts ended in failure. This is “not due to lack of goodwill or efforts from the United States, but because Putin wants to be our enemy,” the senator explained. According to McCain, Putin "needs" the United States as an enemy. The leader of Russia "never" will not become a partner of the United States, including in the fight against "IG" (prohibited in the Russian Federation). And President Trump must remember this when he talks to Putin. “He must remember that the person on the other side of the line is a murderer and a thug (a murderer and a thug) who is striving to undermine American interests in national security at every turn,” McCain said.

However, McCain's “strongly worded” statement is simply powerless: in fact, the senator did not show a single drop of the desire to seriously oppose Trump. By the way, McCain is going to vote for the candidacy of state secretary proposed by Trump, for Rex Tillerson - the man who received the Order of Friendship from Putin himself.

Against the backdrop of incessant "trampomania" and Western news about the interests of speculators towards Russia in the foreign press surfaced - right now - the topic of Trump's possible assassination.

"BBC" told about a man who could "change the story."

Why is the British Broadcasting Corporation, not the American?

Because Trump's potential killer is British. 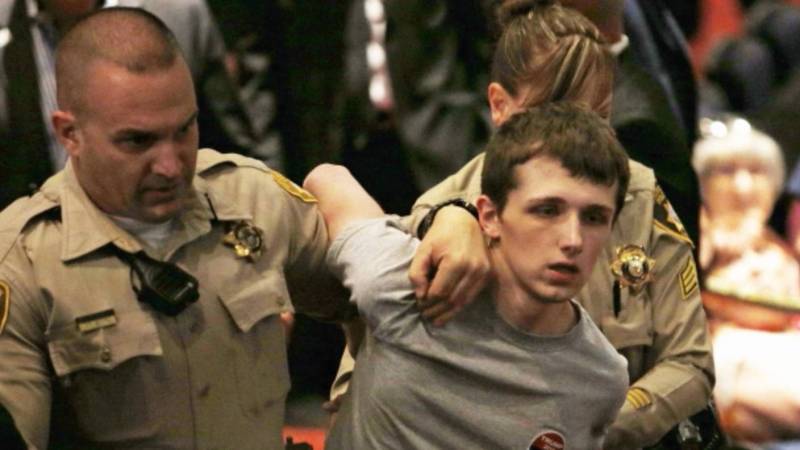 The article “The Briton Who Tried to Kill Trump” reports on Michael Sandford, a quiet 20-year-old kid from Dorking town (Surrey). In June 2016, this young man really tried to shoot Donald Trump.

On that day, Trump spoke at a rally in Las Vegas. Michael approached the police and told the officer that he would like to get autographed by the presidential candidate. Suddenly, Michael rushed at the policeman and snatched the 17 Glock from his holster.

Later, Michael admitted in writing that he intended to "shoot and kill Donald Trump." There was also a reason for the murder: the boy wanted to shoot Trump because the presidential candidate was “racist” and he “deserves to be killed”.

Michael in handcuffs was quickly taken away. As one of Trump's supporters said, the guy "almost changed the course of history."

In the US, this young man lived 18 months. According to his mother, Michael moved to New York to meet a girl with whom he entered into a "romantic relationship" online. However, in the US, his behavior has become "unsustainable."

Michael's father is still trying to understand how a non-aggressive and quiet boy plunged into politics and became so “radical.” The father believes that there was someone's suggestion. Someone gave the boy an idea ...

Michael himself now relies on poor mental health. He asks for mercy, referring to his unstable psyche. He wants to be brought home, where he could be with his mom.

But then he says to his mother on a date: “I really tried to kill this guy [Trump], mother.”

By the way, in December 2016, the judge ordered the boy just a year in prison. The maximum penalty for such a case could be 20 years.

Soon the failed shooter will go to my mother.

And Trump and Putin will start a new “reset”. More precisely, a business reload.