It is known that the project of a promising combat vehicle has the working title “Berserk” (in ancient German mythology, an invincible and insensitive warrior who fought with wild frantic power).

“The Berserk heavy infantry fighting vehicle is designed on the basis of the Oplot main battle tank platform, which seems to be a very good solution for unifying the fleet of combat vehicles of the Armed Forces of Ukraine in the future,” the material says.

BMP will have additional side armor and nose armor. In addition, according to the resource, the bottom of the combat vehicle will be enhanced with additional mine protection.

It is reported that "Berserk" will equip "absolutely new security systems:

Thanks to the new surveillance and reconnaissance system, the crew will have an 360-degree view of the battlefield. 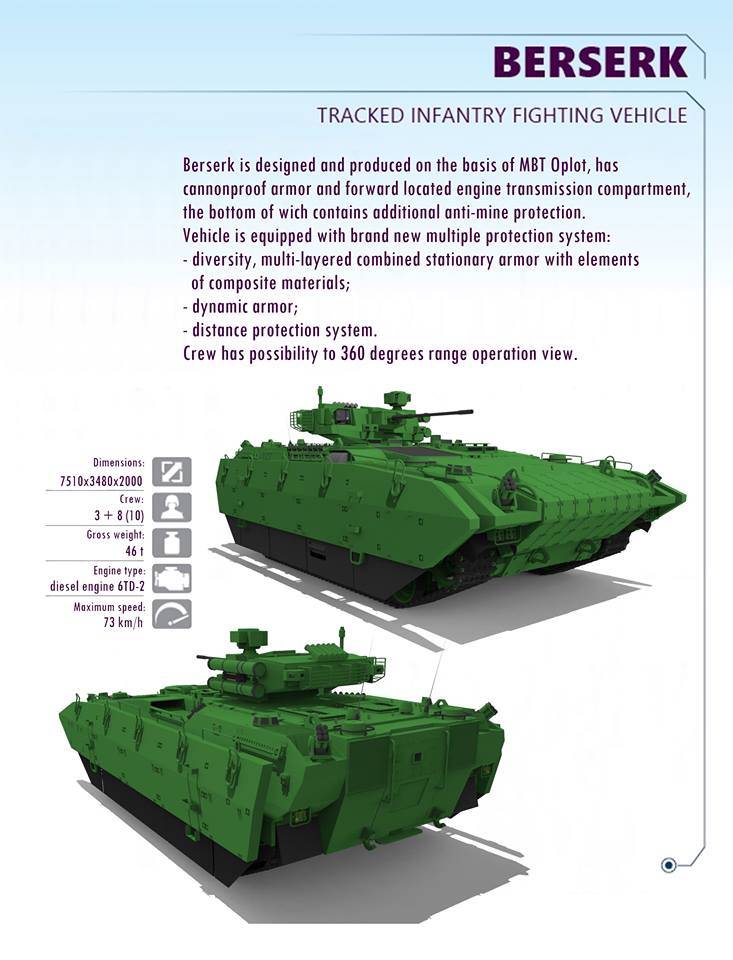