At the time, MP Simonov, under the impression of the success of T-10C, insisted that, so to speak, the concept of a new bomber be developed at TsAGI. 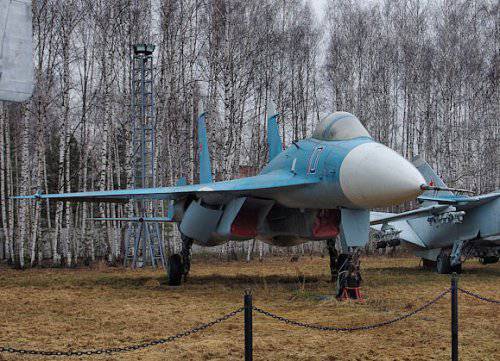 T-10C at the Air Force Museum in Monino

Under the leadership of Samoylovich, now the T-60C has become a single-mode aircraft capable of breaking through to a target at high cruising speed and high altitude. The appearance of this vehicle is similar to the MN 70.1 KB MiG, but unlike this interceptor, the T-60C is equipped with an integrated Predator radar system. The 4 X-55 long-range cruise missiles were located in four compartments. It is also possible external suspension. Emphasis was placed on reducing visibility and improving the aerodynamic quality of the aircraft, which generally led to a record range of 11000 km. The on-board equipment developed under this theme was later used on the Su-34. 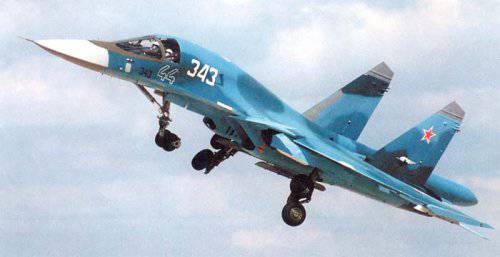 In 1985, OS Samoylovich, due to a conflict with MP Simonov, transferred to work at the MiG Design Bureau, together with him a group of designers went there, see TIR.

New people, taking responsibility for the theme "B-90", of course, completely redrew the project. Having received the index "object 54С", the new machine has absorbed the best solutions found by the predecessors. Retaining the tailless scheme (with the maximum sweep of the movable part), the 54C object acquired a variable sweep wing and, having lost a certain amount of inconspicuousness, received instead multi-mode, that is, the ability to fly effectively at both high and low altitudes. Probably, it was possible to equip the machine with promising missiles, now known as X-555 and X-101 / 102.

It was supposed to equip the "object 54C" with a "chip" fashionable at that time, with an active self-defense system in the rearview radar and P-73 missiles that were located in the load compartment along with cruise missiles.

The shape of the aircraft, by analogy with the F-117 suddenly announced at that time, became more angular.

Each of these projects — the T-6BM, the “54 object” and the “54C object” - were attempted to be launched into a series at the Novosibirsk aircraft plant. In 1985, a fuel system stand and several "54 object" stands were built at the plant for testing other systems. Later the project is closed and the stands are dismantled.

The subject "54 object" was discontinued by Yeltsin’s order in 1992. Officially, her fiasco was presented as another peace initiative in the framework of negotiations on the limitation of armaments.

In 1994, during the most terrible disruption, inflation and depression goes to launch a new project "54 object". The configuration of the nose is similar to the picture c60.gif, tail - on t54.gif. In the plan view, the cleaning of the wing wing consoles is almost completely under the fuselage, in the retracted position of the console in the plan they form a single surface with a stabilizer. Air intakes on the upper surface of the fuselage. Nozzles - flat, with reverse thrust. The refueling bar was folded with a parallelogram in front of the cabin and was completely closed with flaps. Provided radio absorbing coating. During 1994 - 1995, there was a design and launch of the stands: the fuel system, the "Marabu" - the nose of the fuselage (under the code "Marabu" was the design of the system of so-called "plasma stealth" - paralay), a flat nozzle. At the factory was a liaison, pre-production. Against the background of the factory, and the general post-perestroika poverty, the painful launch of the Su-34, all this looked ridiculous, the last attempts of the former power of the aviation industry of the USSR ...

(It should be noted that at about the same time, the MiG 1.42 was launched at the Sokol aircraft factory. Apparently, these facts are the result of one reason, paralay)

In 1985, one of the first versions of the promising ATF fighter was published, Peter Bytovsky presented T-60C drawings, almost completely replicating this ATF variant. 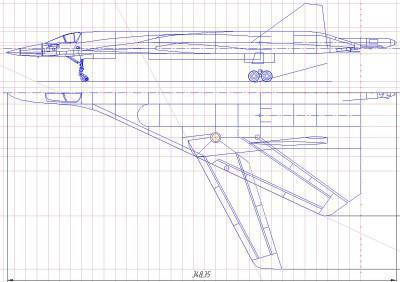