Three militants have been liquidated in Chechnya. There are victims among law enforcement

January 30 2017
14
A special operation has ended in the territory of the Chechen Republic, which was reported to the media by the head of the region, Ramzan Kadyrov. According to Kadyrov, the counter-terrorist operation took place in the area of ​​the settlement of Shali. Law enforcement officers managed to destroy three militants. There were no casualties among law enforcement officers. 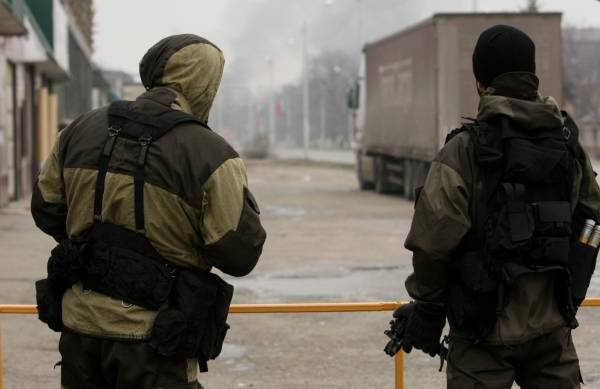 Kadyrova quotes news agency Interfax:
After midnight I returned from the city of Shali, where a special operation was conducted against particularly dangerous terrorists. In the city center, police attempted to stop suspicious individuals approaching the post. In response to the offer to produce documents, they opened fire and threw a grenade.

As a result of the militant attack, Ali Muslimkhanov (police sergeant) and police officer of the UMVD police office in the city of Grozny, Islam Yakhadzhiev, were fatally wounded in the Shali district of Chechnya.

Ramzan Kadyrov said that the militants were liquidated on the spot. It was possible to establish their identity. These are Yunus Mukayev, Sidik Dargayev, Beshto Emediyev. All three were wanted.

Representatives of the bandit group were known to have contacts with militants on the territory of the Chechen Republic. In particular, the Chechen group was led by a native of Shali, Magomed Rashidov, who is in the Syrian Arab Republic and is in the ranks of ISIL (prohibited in the Russian Federation).

As a result of the actions of the militants, two civilians were injured.