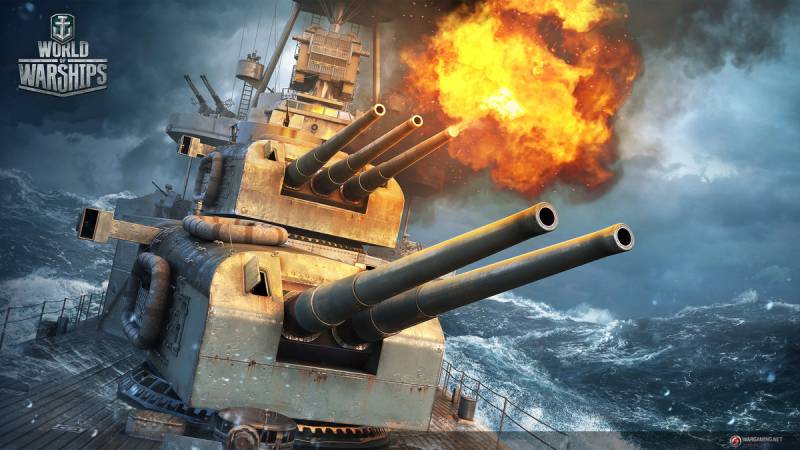 And it will go, it will go to glory, / As a heat blow from the hearth, / With a howl, with a screech lisping / Clearing the way for the infantry, / Beat, break and burn into a circle. / Village? - A little village. / House - so the house. Blindage - dugout. / You're lying, do not sit out - you give!

The harder the battles, the more the army relies on artillery. It would seem, what have the fleet?

But with that. Stationary carriage and the absence of rigid weight and size restrictions due to the size of the carrier (ship) provide ship guns with absolute priority.

Due to the lack of need for transportation on roads and rugged terrain, naval artillery systems are not at all like the short-barreled howitzers of ground forces. Their trunks reach lengths of 60 caliber (more than ten meters!), Hence the high initial velocity of the projectiles.

To assess the scale of the cataclysm, read how many problems the project on lengthening the barrel of the American howitzer M777 from standard 39 to just 52-56 calibers caused. Two additional meters M777ER immediately raised the question of transporting the new system.

All of this - many times greater density of fire.

The rate of fire in ground six-inch howitzers does not exceed 2-3 rds / min (briefly, by trained calculation - up to 5 rds / min.).

Back in the years of the Second World War, naval artillery systems were created that were capable of “spitting out” hot steel at a rate of 12 rpm. Such was the technical regime of fire at the guns of the cruiser “Des Moines”. There was little that depended on the training of the calculations themselves; all operations were performed automatically. 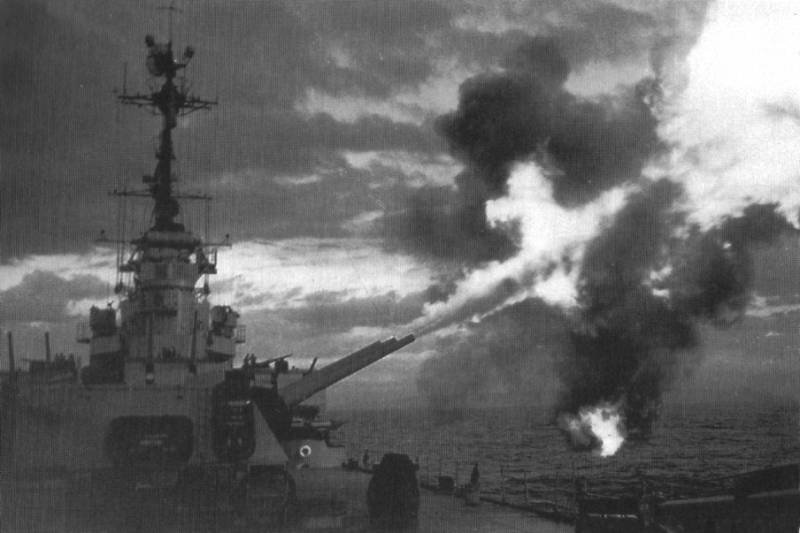 Heavy cruiser "Helena" firing along the coast of Korea. The total consumption of naval artillery shells in the Korean War amounted to 414 thousand units. Also, in the first three years of the Vietnam War, the American fleet fired a million shells along the shores of the 1,1.

It is worth considering that the eight-inch shells were more than twice as heavy as the shells of the aforementioned six-inch shells. 118 vs 50 kg!

Only a pair of such guns had a fire performance greater than that of the whole artillery battalion. As part of two batteries, four howitzers each (8 guns).

Another advantage - ammunition. In the artillery cellar of the ship were stored several cars of ready-to-use shells. Needless to say, how much ship artillery surpasses ground batteries in this parameter (gentlemen artillerymen, how much is the rate of shots per gun?)

And how does this affect the duration of the shelling.

So, we were convinced, what power is concluded in trunks of ship guns. Long range, rate of fire, power - a fierce cocktail!

Another curious example. During the war, the Luftwaffe did not have 100-kg bombs. It was believed that to defeat most targets on the battlefield and in urban areas, an 50-kg “Betty” (SC 50) containing about 25 kg of explosives is sufficient.

The next caliber after 50 kg immediately went 250 kg “Ursel”, which was used against serious fortifications and large objects. And if there was not enough of her, a thick 500-kg “Gerd” fell from the sky.

Unfortunately, there is no reason to doubt the sobriety of fascist calculations. Betty fighters and dive-bombers caused immeasurable damage.

What does this mean in the framework of the question of naval artillery?

If the Germans in most cases lacked 50-kg bombs, then 118-kg shells these days should be enough for the eyes. Or, as a colleague of EvilLion correctly put it:

A caliber of 203 mm or more already allows you to go beyond the design resistance of 99% of land objects and throw something comparable in power with aviation bombs.

Smaller coefficient the filling of old projectiles (8,21% versus 50% in the SC50 aerial bomb) is compensated by a more than twice as large mass (118 kg), as well as half a century of progress in the field of ammunition and explosives.

Given the properties of modern plastic explosives, the power of the gap will dramatically exceed the performance of the German “Betty” Plus, the kinetic energy of a supersonic projectile, which allows to break through the barrier and explode inside the structure. With the formation of a huge number of massive fragments.

As for bunkers and other hard-to-reach objects, against which bombs weighing over 250 kg were required.

To design guns capable of firing projectiles of such a mass, now no one will. Against the bunker, it already makes sense to launch the “Caliber”.

For the decision of a certain spectrum of tasks in which the best qualities of a gun are realized.

About them it was spoken repeatedly.

Shells invulnerable to air defense. Guns with impunity shoot through the areas covered by any “armor” and C-400.

A small-sized projectile is almost impossible to knock down, and if it is shot down, the next one will arrive in a second.

It is worth recalling that the loss of one squadron of modern aircraft is equivalent in value to the loss of a destroyer.

And tactical cruise missiles, no matter how smart they are, have subsonic flight speeds and are very vulnerable to anti-aircraft weapons. In terms of cost, they are also not sugar: the cost of a salvo of two dozen “Calibres” is equivalent to the Su-35 fighter.

Shells save time, money and the lives of pilots.

Among other advantages of artillery:

From the moment of receiving the request to the first shot of the ship artillery, no more than 2,5 minutes should pass
United States Marine Corps Standard, 1999 year.

- Ballistic trajectory and severe calculation. The concept of horizontal visibility has no meaning.

The cannons beat at the indicated coordinates through the continuous mist from the smoke of burning tires and oil wells, through sandstorms and fog.

“The problem of aiming through the clouds is not completely resolved; there is no guarantee of air strikes in difficult weather conditions. "
Lt. Gen. E. Bedard on critical aviation deficiencies in the performance of tasks related to the direct support of troops [./ i]

- The highest density of fire. Did you expect another?

As acknowledged by the US military, in order to “dump” the same amount of ammunition (by mass) on the enemy, which artillery ships of the WWII era fell out in an hour, a couple of aviation regiments will now be needed.

For the effective solution of emerging problems it is logical to use a combination of these weapons.

Guns instead of MLRS

MLRS can not be a full replacement for cannon artillery. The reasons:

- lower speed of the missiles;

- the general principle of the MLRS, which does not allow for a short time to transfer fire to another target. High area performance, with total inefficiency against single point targets.

However, you need to consider the advantages of the presence of MLRS on strike ships, in conjunction with the KDBK and barreled artillery. 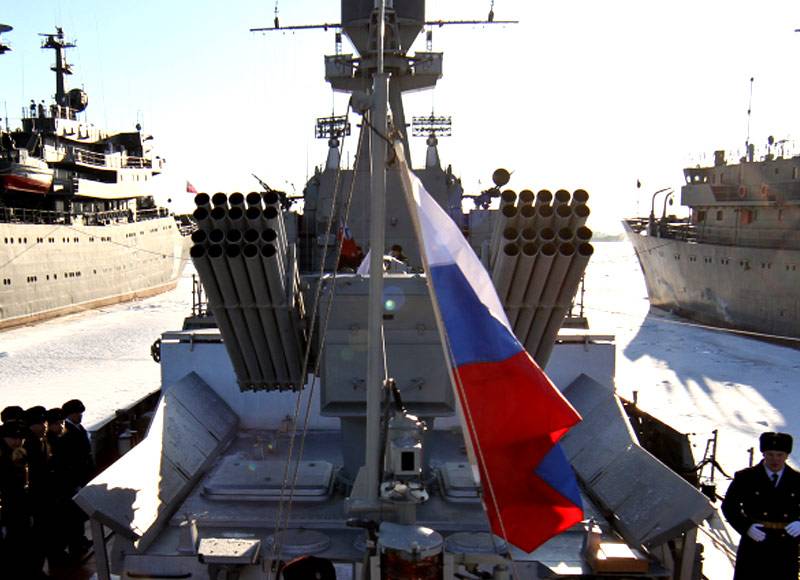 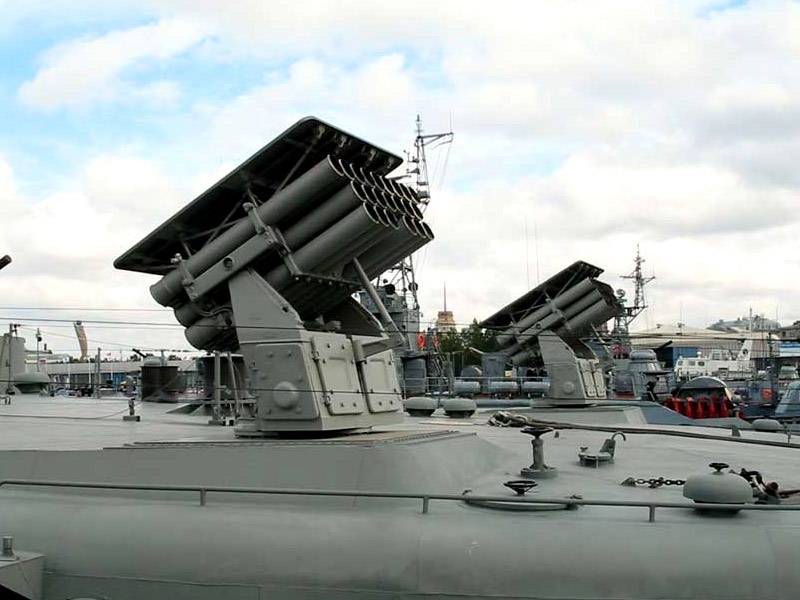 Naval artillery as part of the concept of using Russian fleet

The only type of ship capable of rendering real assistance in conflicts in which the modern Russian army participated was the above-described strike ship combining missile and artillery weapons.

Fire support for hostilities in coastal areas of Abkhazia (08.08.08).

The reason why I speak so confidently about the benefits and necessity of ship guns in such conflicts is the official report of the Pentagon (Joint and Interdependent Requirements: A Gap, 2007).

According to the findings of the direct participants in the events, most of the tasks in military conflicts of the last quarter of the 20th century. could be solved by naval artillery.

“The units of the 58 Army go over p. Psou. The ships of the Black Sea Fleet are moving along the coast of Abkhazia, supporting the fighting in coastal areas with fire ”(all matches, of course, are random)

The shelling of coastal targets and enemy positions (actions of British ships on the Falklands).

Shooting ground targets, reaction to the call of army gunners, coastal database support - where the front is.

And he will go there soon - a third of the world's population lives no further than 50 km from the coast. In the same place, on the coast, all large megacities and a set of important objects are located. 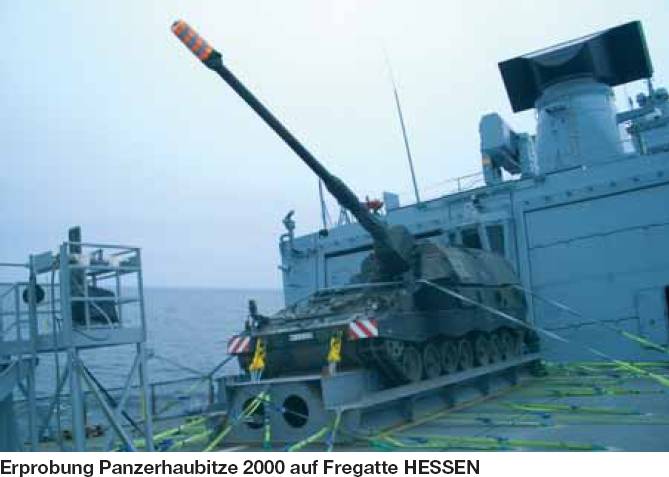 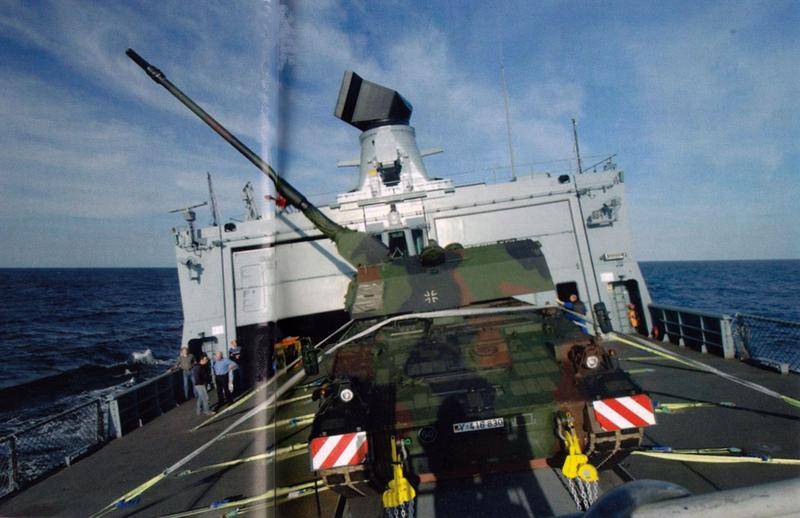 Guns in a sea battle

The option when opponents run out of missiles and they have to come together in close combat is not even considered seriously.

Last time the ships used artillery on the night of 11 in May 1982 g, when the frigate Alakriti sank the Argentine cargo ship Isla de los Estados from the nasal 114 mm gun.

In the 1988, the American Simpson also used its cannon to finish off the Iranian corvette Joshan, however, the insignificant caliber 76 mm and the severity of the injuries received by that time Joshan indicate a low value of firearms. The corvette would have drowned itself, without the intervention of artillerymen.

As for the unexpected discovery of fire in the “direct tracking of the enemy”, when ships accompany each other on the line of sight, even in this case, the use of modern missiles looks more effective.

All targets of ship cannons are on the shore!

The available information about the ship's artillery and its uses in the XXI century. give grounds to offer the possibility of building several ships of direct fire support (for each of the fleets of the Russian Navy).

Close to the concept of “Zamvoltu” or the draft of the strike ship based on the landing vehicle “San Antonio” (with AGS 155-mm guns) proposed by OFT - Office of Force Transformation (one of the Pentagon's departments).

Of course, without American excesses. With less sophisticated and innovative eight-inch caliber guns. With a developed object air defense and optimization of the design of the strike destroyer for a clearly defined task. 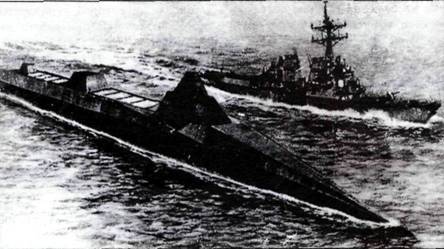