Ballistic missile production is behind schedule

January 28 2017
36
Some plants of the rocket and space industry switched to a three-shift operation. Despite all the efforts being made, the fulfillment of the rearmament plan for the Strategic Missile Forces (Strategic Missile Forces) has shifted to the right by a year, and in the future, the gap with the plan may increase to two years. 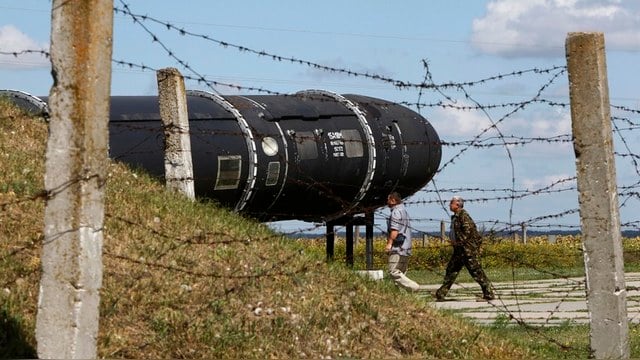 In November 2011, Sergey Naryshkin, at that time - the head of the presidential administration of the Russian Federation, during a visit to the testing ground near Luga in the Leningrad Region, said that the share of modern military equipment in the Strategic Missile Forces to 2020 would be 100%. Dmitry Rogozin, who was then Russia's permanent representative to NATO, was present at the test site along with him. A month later, after becoming vice-premier in charge of the military-industrial complex, Rogozin over the years repeatedly repeated the thesis about updating strategic nuclear forces by 100% by 2020.

In December, at the expanded meeting of the Defense Ministry board, Sergei Shoigu noted that the equipment of the strategic nuclear forces (SNF) with modern weapons was brought to 2014%.

In the spring of 2015, the media, including those belonging to the Ministry of Defense, reported that the share of modern complexes in the Strategic Missile Forces, taking into account rearmament at Yars, is about 50%. It is planned that in 2016 it will be increased to 60%, and in 2021-m - to 100%.

In other words, the information in the media turned out to be correct - the indicator in 56% in the Strategic Missile Forces was reached not in 2014, and not even in 2015, but in 2016.

If we talk about the nuclear triad as a whole, then its update is proceeding strictly according to plan. In December, 2016, speaking at the extended board of the Ministry of Defense, Sergei Shoigu said: “The 41 has a new ballistic missile deployed in the Armed Forces. This made it possible to reach the 60-percent level of equipping the nuclear triad with modern weapons. ”

The Ministry of Defense continues to insist on the fulfillment of plans by the industry not in 2022, but at least in 2021. This is the last timeline, but he is on the verge of a foul. After this period, it will be possible to say that the program for the rearmament of the Strategic Missile Forces has been broken, since the budget funds allocated for it will end.

“Currently, there is a large-scale equipment of the Strategic Missile Forces and naval nuclear deterrence forces with modern strategic missile systems, and modernization of long-range aviation aircraft is underway. This will allow 2021 to bring their equipment with modern weapons to 72%, which will maintain the nuclear deterrence potential at the required level, ”Army General Sergei Shoigu told 12 on January 2017 in the installation lecture on the Army and Society course for officers. , officials and members of the public. Thus, the Minister confirmed that the renewal dates from 2020 year are transferred to 2021 year.

There is a significant circumstance that necessitates compliance with this deadline. In the first half of this year, throwing tests of the new Sarmat heavy rocket RS-28 are being planned, which should replace the RS-20В “Voevoda” produced in Ukraine. The Military Balance - 2016 catalog of the British International Institute for Strategic Studies indicates that in Russia there are still 54 Ukrainian missiles on combat duty, the life of which will end at the beginning of the 2020s. By this time, one of the plants must be prepared for the production of PC-28. This is particularly important to do, given the deployment in the West of the missile defense system (ABM), which can be overcome heavy missiles.

At the same time, Sergei Shoigu suggested that in the future a gradual transfer of the deterrent factor from the nuclear to the non-nuclear plane is possible. “By the 2021 year, it is planned to increase the combat capabilities of domestic strategic non-nuclear forces more than four times, which will make it possible to fully solve the tasks of non-nuclear deterrence,” said the Minister of Defense.

Suppliers of ballistic missiles this year will have to think hard about how to fulfill the order of the Ministry of Defense and at the same time avoid the assault, which has never led to an increase in the quality of the finished product.