Steinmeier: "Russia will not achieve goals only by military means"

January 27 2017
38
Having declared the other day that a whole era has ended with the assumption of Donald Trump's presidency and the 21st century is really coming, German Foreign Minister Frank-Walter Steinmeier decided to speak about Russia this time. According to the head of the German Foreign Ministry, Russia today perceives itself as a serious geopolitical and military player in the modern world, and Russia is “satisfied” for a short time.
Steinmeier said that Russia identified itself as such during the operation in Syria. 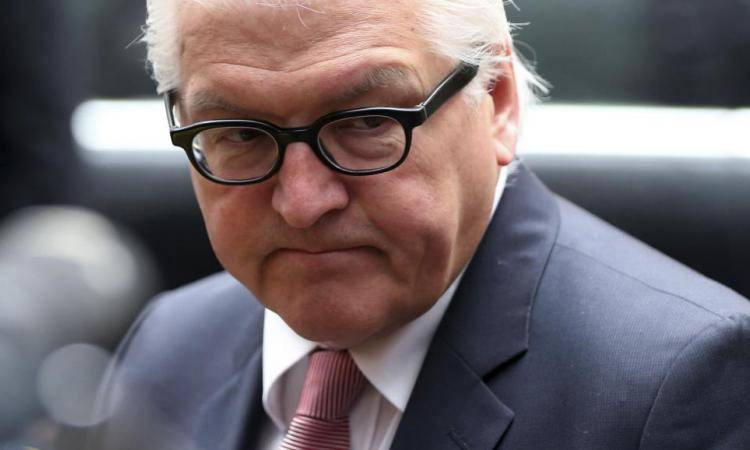 A translation of a fragment of an interview with the German Foreign Ministry’s publication Züddeutsche Zeitung, which will soon leave his post, publishes RIA News:
The large-scale operation of Russia in Syria was, of course, launched, among other things, to challenge the provocative position of the United States, which attributed the Russian Federation to regional forces. At least from the point of view of the Russians, they seem to have succeeded. Russia is perceived as a serious military and political player. Perhaps many in Russia are satisfied with this in the short term. However, Russia should not engage in self-deception. There will be no way back to the times of Yalta (talking about the Yalta Conference).

Interesting logic. If there is no return to the times of Yalta, it turns out that Steinmeier is fully satisfied with the pre-Yalta version of the development of events with a raging war and scattered actions of those whom later became called "allies" ...

In addition, Steinmeier said that by military means alone, Russia will not achieve the “necessary goals”, and Russia “needs to find a political partner.” And what if Russia has no political partners? Or, out of habit, Steinmeier forgets that Germany and the United States are not all countries on the planet.