January 26 2017
19
The new minesweepers of the 12700 Alexandrite project with fiberglass hulls are able to find mines “able” to dig in the ground, reports TASS report of the Deputy Commander-in-Chief of the Navy for armaments, Viktor Bursuk. 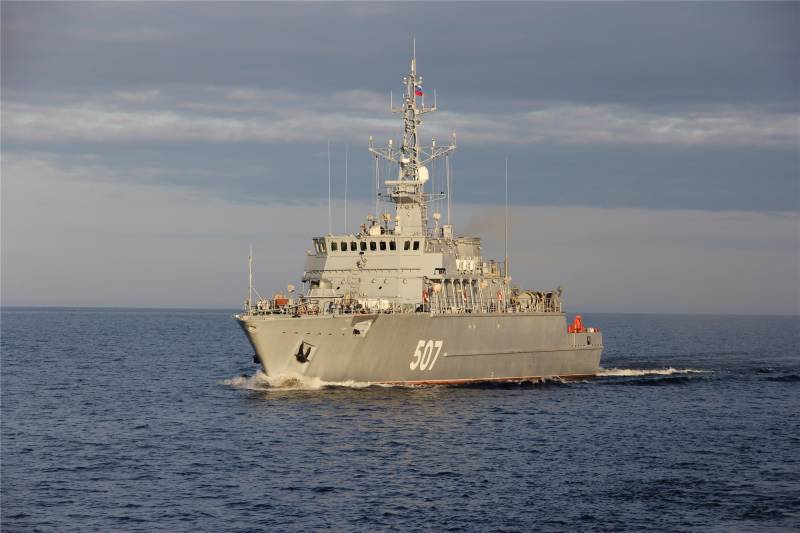 “These minesweepers are designed to combat the mines that are now in service with a potential enemy and fleets of world powers. This is by no means the mines of World War II. This is a fight against the so-called “smart” mines, which are capable of burrowing into the ground and being completely invisible to ships that are not equipped with special means, ”said Bursuk.

According to him, “the minesweepers of the Alexandrite project should form the basis of protecting the ships of the Russian Navy for at least several decades.”

“Design thought does not stand still. In particular, already on this ship ("Ivan Antonov", the third ship of this series) will be used crewless boat, which will allow you to safely trawling personnel in shallow water ", - said Alexander Shlyahtenko, general director of Almaz Central Design Bureau.

In turn, Bursuk added that only such ships would be created for mine-sweeping forces, since "they are universal in size and possess the newest domestic weapons for mine search."

Help agency: "minesweepers" Alexandrite "project 12700 designed by CMDB" Almaz ". They are equipped with the latest hydroacoustic stations, located both on the ship itself and on remote-controlled and autonomous underwater vehicles, and have an automated mine action control system. The ships have the world's largest monolithic fiberglass hull, formed by vacuum infusion. "