Ukraine is preparing to publish the diaries of Goebbels

January 26 2017
53
The Ukrainian resource Kharkov Today reported on the plans of the Folio publishing house in Kharkiv to conduct work by publishing the diaries of Joseph Goebbels, who was one of the ideologues and main propagandists of Nazism in Hitler's Germany. The memoirs of Goebbels, which in Russia are prohibited for distribution, describe the last months of the existence of the Third Reich and the propaganda activities of Goebbels himself.


This is the book “Goebbels Joseph. 1945 Diaries of the Year, banned in Russia on the basis of a court order in 2011. 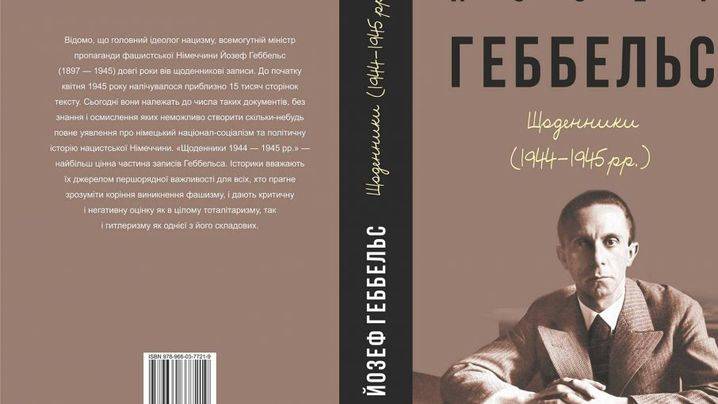 The publication “Folio” gives a fragment of the annotation to Goebbels memoirs:
Today they are ranked among such documents, without the knowledge and understanding of which it is impossible to create any kind of complete picture of German national socialism. The 1944-45's diaries are the most valuable piece of Goebbels records.

If the diaries of one of the ideologists of Nazism are indeed published in Ukraine, then, in essence, this will become another version of the cultivation of a misanthropic ideology that has already managed to take root in the territory of the “Square”. Despite the fact that many Ukrainians in social networks reacted to the publisher’s initiative with a sharp negative, Folio is currently eager to publish Goebbels memoirs.

This is the statement of the director of the Kharkov publishing house, which leads "Vesti. Ukraine":
I think that this book is needed by the Ukrainian society. All the secrets of modern Russian propaganda are rooted here. Another book did not come out, and I have already received some hard sheets about this.