January 26 2017
51
The end of January was a very hot time for Voronezh workers in space enterprises. It all started on January 20, when Ivan Koptev, director of the Voronezh Mechanical Plant, part of the Khrunichev concern, made a decision about his dismissal. 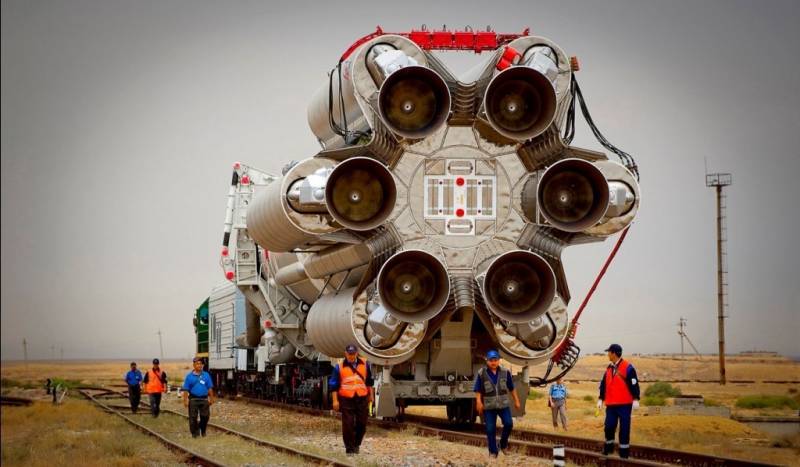 The reason for the dismissal was his own desire, based on the findings of the commission, which came to the conclusion about the unsatisfactory quality of the products.

On the same days, black minibuses with inscriptions aboard the Investigative Committee of Russia and the Prosecutor General's Office of the Russian Federation began to appear near the factory entrance, in the parking lot.

25 January passed the information that Roscosmos decided to withdraw ALL engines assembled at Vyksa for the next 5 years. Including those that have already been sent to cosmodromes and even installed on launch vehicles.

We are talking about the engines of the second and third stages for the Proton-M launch vehicle. Moreover, according to the representative of Roscosmos Igor Burenkov, the question is about the recall of dozens of engines.

Return to the factory, full inspection, elimination of the revealed violations will take from three to five months. Considering that the test has established the use of solder that does not comply with the design documentation, this is not a matter of one day.

Obviously, the launch schedule for launch vehicles is frustrated. According to forecasts, the first start from Baikonur can take place no earlier than June of this year. Accordingly, the remaining on earth satellites Echostar-21 and Hisposat-1F will bring huge losses. By the way, Blagovest should also be launched by Proton ...

To remedy the situation, it was decided to connect another engine-building enterprise - NPO Energomash. He is assigned to audit and additional technical control of all engines produced at Vyksa.

It is clear that the staff of the Prosecutor General’s Office and the Investigative Committee will understand how some materials were replaced by others that are less resistant to temperatures. And why all this passed by a huge number of controlling and checking responsible persons.

Meanwhile, the launch of the next crew to the ISS has been scheduled for March 27. The question arises: is it worth risking the lives of Jack Fisher and Fyodor Yurchikhin, given that in terms of the device of the third stage of the Soyuz-U rocket and Soyuz-FG, on which the astronauts are to fly, are identical? And there is the same RD-0110, with which problems constantly arise.

We don't have another engine certified for manned flights.

Great, we started 2017 year, chained to the earth the entire space fleet. And you should not rely on the Angar wonderland: There is simply no “Angara” capable of plugging the “proton hole”. I hope so far.

But the question arises: what next? Undoubtedly, those found guilty of replacing components with non-standard ones will be found. Find and punish. And maybe they will not be punished. It all depends on the level at which this outrage happened. Well, everyone knows how it happens here.

Undoubtedly, there will be those guilty of having signed acts of readiness, they will. But as far as it can improve the situation, that is the question.

In the meantime, despite Peskov's vigorous assurances that we are fine in the space industry, we are losing. And the United States, and China. And we will continue to give up positions if we do not take up the problems of Roscosmos tightly and firmly.

Unfortunately, last year we wrote more than once about problems in the space sphere. And, unfortunately, they were right in many things. But rockets continue to fall, despite all the tricks of "effective managers."