Human rights - only for "Europeans" 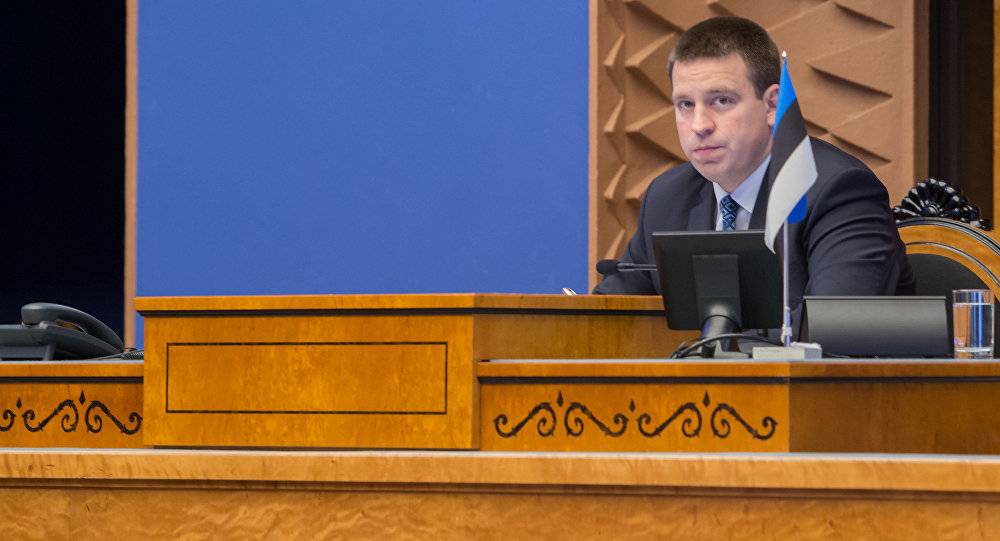 The Prime Minister of the Republic of Estonia, Jüri Ratas, said that under the rule of the current three-party coalition, a solution to the problem of statelessness is unlikely to be found. Is it possible in the future to change the attitude of the authorities to this critical issue for the country's public and political life?

It is worth noting that Ratas, who also holds the post of chairman of the Center Party, included in the ruling coalition, called the situation in which tens of thousands of citizens of the republic do not have citizenship, is abnormal. At the moment, only minor measures have been taken to change the status of children whose parents have different passports. So, in a family where one spouse is the owner of the so-called “gray passport” or a citizen of another state, the younger generation has the right to naturalize.

However, these indulgences do not affect the wide strata of Russian-speaking residents who have been continuously living in the republic for decades. According to the 2016 of the year, the number of persons with undetermined citizenship is more than 80 thousand people, which does not meet generally accepted democratic standards and the requirements of European legislation in combating intolerance and discrimination based on nationality.

Statistics show that the naturalization of non-citizens is extremely slow. Thus, in the period from 2010 to 2014 a year, the number of “seropassignes” decreased by less than 3 by a thousand people. It should be borne in mind that the share of non-citizens among the Estonian population is also decreasing due to their adoption of Russian citizenship.

At the same time, it is difficult to call the criticism of the authorities the notorious “Kremlin propaganda”, since the shortcomings of their citizenship policy have been repeatedly noted by representatives of authoritative international organizations. In particular, after visiting Estonia in 2007, the Chairman of the Parliamentary Assembly of the Council of Europe, Rene van der Linden, noted that he considers the threshold announced by the local government, which limits the naturalization of stateless persons at 5-7 thousand people a year, artificially low.

One of the most stringent requirements that in practice makes the process of obtaining citizenship difficult is the knowledge of the Estonian language. Russian-speaking residents simply were not provided with favorable conditions for its study and popularization, including a system of free courses, academic exchange programs and others.

It would seem that these measures to solve the problem are on the surface and, in principle, are not overly costly, especially if we compare them with the volume of military expenditures constituting more than 2% of the republic's GDP. Given this circumstance, the reason for the current situation of non-citizens in Estonia lies much deeper.

Difficulties in the relationship of the political leadership with the Russian-speaking part of society began from the moment the country gained independence. By the decision of the authorities, only descendants of people who were Estonian citizens as of 1938 could undergo automatic naturalization. Accordingly, residents who came to the republic during the Soviet years were deprived of their voting rights. The justification for this was the propaganda stamp on the "occupation" of the Baltic state by the Soviet Union, a particular phenomenon of which was the massive relocation of the Russian-speaking population there.

At the beginning of 1990, trying to create the image of a true European state in the eyes of the Western countries, under the slogan of adherence to democratic values ​​and the protection of human rights, and at the same time distract attention from internal problems in this field, the official Tallinn accused Russia of the genocide of small Finno- Ugric group. A series of meetings with officials of the Conference on Security and Cooperation in Europe was organized, during which they were tried to convince of the oppression of the Estonian population of Russia, living mainly in the Pechora district of the Pskov region. So the authorities of the republic tried to disguise the desire to annex part of the territory of the neighboring state.

Thus, maintaining the status of stateless persons among a significant proportion of the population is an integral part historical policies of the leadership of the Republic of Estonia, the purpose of which is to completely erase the fifty-year period of the country's life from the people's memory. In addition, citizens of a state deprived of political rights are unable to exert any influence on the formation of the government’s course, including in international affairs. As a result, the representatives of the political establishment have their hands untied to realize aggressive intentions against the border state, even annexationist ones. And all this - under the pretext of unparalleled suffering that fell to the lot of Estonia because of the "Soviet invaders."