The troops received another batch of Mi-8MTV-5-1

January 25 2017
6
The Russian Helicopters association delivered to the Ministry of Defense of the Russian Federation a new batch of military transport helicopters Mi-8MTV-5-1, the press service of the holding said. 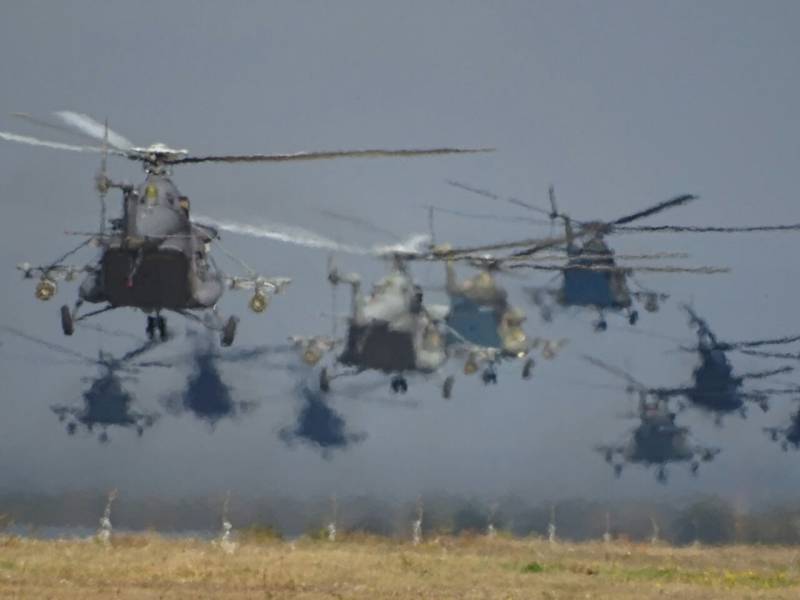 Technique has passed all kinds of tests. “The military office carried out quality control and testing of helicopter components in the aggregate-mechanical and assembly production of the plant, as well as inspected the assembled vehicles in the required configuration in the final assembly shop with testing the operation of all systems and crew rescue equipment. In addition, the helicopters were tested on the flight test complex and are currently handed over to the operating organization, ”the press service told.

It is reported that the helicopter Mi-8MTV-5-1, supplied to power structures, "belongs to the family Mi-8 / 17 and is intended for transporting cargo and equipment weighing up to 4 tons", as well as "conducting search and rescue operations and performing various special tasks.

"The cockpit is equipped with lighting equipment, adapted to use night-vision goggles, which allows you to fly in the dark at low and extremely low altitudes, as well as take off and land on unmarked sites," - said in a statement.

The machine is equipped with modern communication systems. For many years of operation, she proved that she successfully copes with tasks in any climatic conditions and is rightfully one of the best in the world in her class.