Captain Pompeo became the new director of the CIA

January 24 2017
15
The candidacy of Michael Pompeo for the post of head of the Central Intelligence Agency of the United States, previously proposed by Donald Trump, was approved by the US Senate. 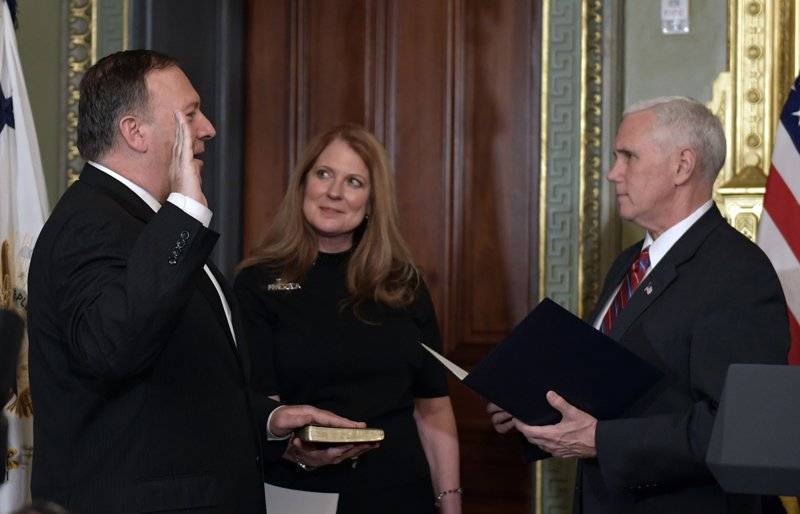 Michael (Mike) Pompeo graduated from West Point Academy, at the end of 80's - beginning of 90's he served in the Army, retired with the rank of captain. Recently served as congressman from the state of Kansas. It was approved by 66 by senators votes against 32's. And among those who voted for Pompeo there were not only Republican senators, but also representatives of the US Democratic Party.

Pompeo during the so-called preliminary interview underwent a real flurry of questions. The senators, in particular, were interested in his attitude to the surveillance of American citizens. Officially, all this was presented as if representatives of the upper house of the US Congress were afraid that Pompeo would increase surveillance by the CIA. And Pompeo "solemnly promised" that the enhancement of surveillance will not happen, than the senators seemed to be satisfied and voted for Pompeo.

A separate topic before the appointment of Pompeo were questions on his attitude towards Russian policy. Then another candidate for the post of director of the CIA presented the “right” (in the senators' sense) attitude, saying that the Russian Federation “is invading and occupying Ukraine”, and also “threatens Europe and does not make any special efforts to combat IS *” (a terrorist group banned in Russia).

It became known and about the decision to approve Rex Tillerson as the main contender for the post of head of the US State Department. This decision was made by the Senate Committee. Now he is expected to vote the entire chamber. For approval, Tillerson needs to dial the 51 senatorial voice from 100. The Republicans in the Senate 52 chair.