How Gorbachev was fooled: the story of Burbulis and Aven 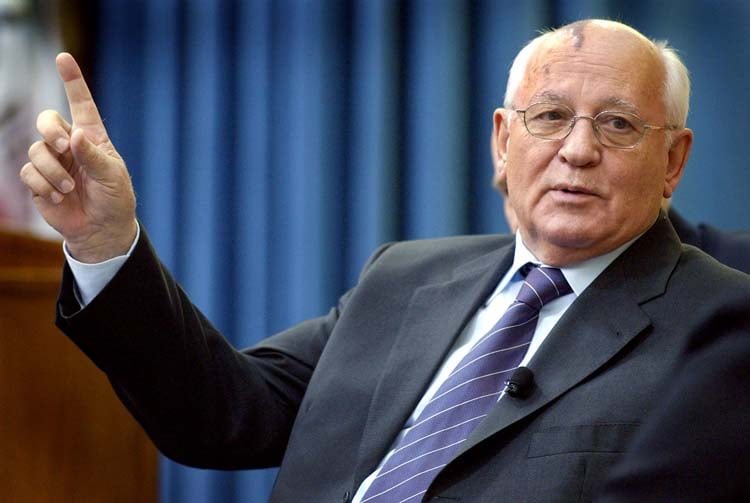 A.K .: Gene! Tell us about Belovezhskaya Pushcha and its world wide historical value!

PA: Yes, Gena! Remember, on the eve of your trip to the Bialowieza Forest, literally one day, there were talks with Antall, the Hungarian Prime Minister. We sat side by side, and you drew diagrams, how you can organize a new community. According to one scheme, it turned out to be practically a single state - a union of Russia, Ukraine and Belarus, maybe Kazakhstan, - on the other - a softer structure, including all the others (except, of course, the Baltic States). But then we saw a couple of days later that there was no construction at all. How did it all happen? How unexpected was it all? The main legend has remained in public consciousness - that Kravchuk took the toughest position: no agreements, and ended with what ended. Is this true or not?

GB: This is not a legend. This is a “historical person” truth. In principle, the need for a serious, substantive meeting that would answer the main question: in what legal form is further sovereignty of the republics of the Soviet Union possible — it was ripening gradually. One of the key points is the swamp of the Novogarevsk process. The swamp. Sometimes it even seemed to me that the Gorbachev pact in Novo Ogarevo looked like a coup plot by the August 1991 of the year. After all, I coordinated this process on the part of Russia, and we took very seriously the fact that there could be brought into the world. The seriousness of this was that, starting in November 1990, we began to build the prerequisites for bilateral regulation of our relations with the republics.

AK: That is, a year before the arrival of Gaidar?

GB: Yes, and by the end of 1991, we already had bilateral agreements with Ukraine, with Kazakhstan, with Belarus ...

AK: So these were insurance documents that, if the Union collapsed, made up some kind of cooperation fabric?

GB: Not even that. They were more, I would say so, tech. We said, including to Gorbachev: “Mikhail Sergeyevich, this is the preparation of the treaty on the renewed Union, which we are now doing. Treat this as a useful and very important process: the republics begin to talk among themselves. Bilateral commitments, bilateral interests and bilateral liability. And we must rely on this! ”

PA: Did you talk to him like that? He probably understood that bilateral relations between the republics essentially exclude the role of the federal center. It is obvious.

GB: What teeth started talking? Everything was more or less clear. We in Novo Ogarevo defended the concept of "nine - and all." And he sought "nine plus one", that is, in his scheme, the union center remained as an important factor in the new treaty.

PA: So from the very beginning you had the idea of ​​liquidating the union center?

AK: So, the thesis that you went to Belovezhskaya Pushcha without a plan for the collapse of the Soviet Union and that the idea of ​​denouncing the union treaty arose during the negotiations and the source of this idea was not the Russian delegation, is a myth? From what you say, it follows that the task of the collapse of the Union was set by you at least another year before its actual liquidation?

PA: And another piquant touch about which Gorbachev’s assistant Chernyaev writes: Yeltsin, until the winter of 1991, always voiced agreement with the presence of the center. He said that the center will be and the question is only in powers - what this center will do. And the idea of ​​the complete elimination of Gorbachev and the center as a class was not voiced anywhere. Such a tricky move: to support verbally, but in fact to disintegrate.

AK: I just yesterday Gorbachev talked about this. He thinks he was just bored.

GB: Wait a minute. I want us to distinguish between two different tasks. The first is the formation of the concept of a renewed union treaty. What was the Novogarevo process.

PA: But there was no agreement ...

AK: Peter, how do you not understand? It's simple: here is the Novogarev process. And he has nothing to do with Belovezhsky.

GB: It is not true! Direct relationship!

AK: Why then was there no Gorbachev in Belovezhskaya Pushcha?

PA: Because they understood the Union as a kind of union without a center. Then in Russia spoke "confederation".

А.К .: But this is not a new war process! In the Novogarevsk concept there was a center!

GB: Once again I explain. We must not lose sight of the main motive of the packeterans. They were not satisfied with the text of the Novogarevsky Treaty prepared for signing. That is, the Novogarev process was doomed, it was not supported by the center itself. With the exception of only one Gorbachev.

AK: Gorbachev told me in detail about this. He believes that the collapse of the Soviet Union, of course, was due to the Emergency Committee. Because if it were not for the coup, then the August Treaty of Novogarevsk would have been signed. And then he would screw up the screws, and everything would be fine. But what you say changes my picture of the world very seriously. Because in my view, the policy of dismantling the Soviet Union was taken after the State Emergency Committee by all the presidents of the republics, including Yeltsin. It turns out that you started it back in November 20, when the Soviet Union was still fully operational and even in January, 1990 managed to conduct a monetary reform, which is impossible without a powerful resource.

P.A .: Gene! Only without fools. Why did you decide that you do not need Gorbachev? So, honestly. Did you and Shakhrai probably decide this earlier than Boris Nikolaevich? After all, you were younger; it was easier for you to break this connection. Now we can honestly answer, this is history, it all happened 20 years ago. Understand, we do not give ratings. Maybe this is a good solution.

GB: When we became convinced during the year of the inadequacy of the Congress of People's Deputies of the USSR and its inconsistency with the tasks that confront it, and when they began to prepare for the election of the Congress of People's Deputies of the RSFSR in 1990, we would call it , forced new strategy. Forced in the sense that, at the Allied Congress, there is no support for the ideas of the interregional deputy group, and Mikhail Sergeyevich Gorbachev continues dangerous maneuvering between desires and practical actions, since the aggressively obedient majority of the Congress retains the illusion of its power, and the country is already slipping into a total crisis, was adopted strategy: focus on the Russian Federation. In May 1990, Yeltsin was elected head of the RSFSR, chairman of the Supreme Soviet. This is the culmination of a new strategy, which we then discussed and which was already implemented in Russia in a complex positional struggle.

I emphasize: in November 1990, we stated: the Union has no serious opportunities to respond in a timely and adequate manner to the most difficult problems of each republic and country as a whole. It was necessary to grope and shape the new legal and managerial reality with bilateral treaties. In this case, no one was in a hurry to declare the Union sentenced. We understood that a new Union treaty would be needed. What would be its form - a federation, a confederation, an association - no one then specifically intended anything.

Here is an important touch: at the Allied Congress, our group organized a presentation of the draft constitution of Andrei Dmitrievich Sakharov. I mean that you are in no hurry to evaluate us as strategists who initially started with the idea of ​​destroying the USSR.

PA: Yes, no one condemns you. All clear. How would you sign the Union Treaty as amended by Gorbachev? After all, there remained the federal government and the presidency of the Union.

GB: In that contract, this post was purely decorative. And Mikhail Sergeyevich understood this perfectly well.

А.К .: Gena! Do you understand what's the matter? I do not condemn anyone in any way. I just want to understand the chronology of events. It is one thing when Yeltsin, Burbulis, Shakhrai and others like them come to the Belovezhskaya Pushcha, or even earlier, negotiating within the framework of the Novogarev process, they believe in the alliance's unalienable existence. No matter what: decorative, decisive, but it must be, there must be one country, one subject of international law, one armed forces, one currency ...

Or when they arrive, bearing in mind that some center is still needed as an intermediate stage, but they already have an alternative behavior scenario in their pockets, which they have been developing since the fall of 1990. This is a completely different mood, especially considering the psychomotor Boris Nikolaevich, who strongly disliked the fact that Gorbachev was and will be his boss. And any scenario in which Gorbachev is not the boss initially seemed to him more subconsciously more likeable.