What unites the knight and the tank? 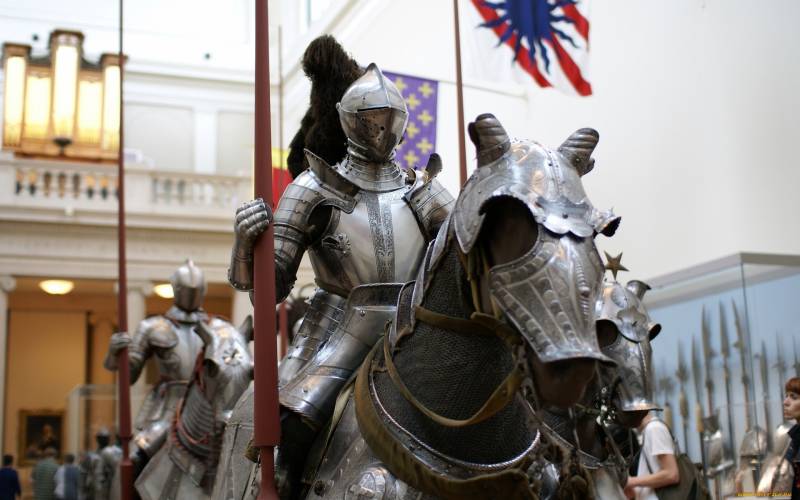 In the passage of the gallery, the shadow of the knight Fitz-Urs darted, blocking the rays of the setting winter sun. “Where is the traitor?”

The knights rumbled armor on the stone slabs of the Canterbury Cathedral, ignoring the crowd that had fled to the protection of the archbishop. “They kill our Father.” Becket's reverence was great. The boat in which the prelate landed was carried by people from the coast to Canterbury. Now their anger seemed immense.

“I am not a traitor. I am the Archbishop of Canterbury. ” From the darkness emerged Thomas Beckett, similar to the emaciated ethereal shadow.

This was followed by a skirmish, during which Reginald Fitz-Urs, William Tracy and Richard Brit thrust their swords into the archbishop. The fourth knight, Hugh de Morville, alone, restrained the onslaught of the angry mob.

Having executed the atrocity, the knights silently left the cathedral. People who threatened to break the killers, at the sight of them, frightened against the walls. Despite their numerical superiority, the supporters of Becket did not dare to stand in the way of the Azraels — the merciless Angels of Death.

The main salt of this stories that the four mentioned villains with the same demands and threats already visited Becket on the morning of the fateful day. Alas, due to the presence of the monks, servants and minions of the Archbishop in the house, I had to wait a little with the execution of the sentence. Having been deprived of armor, the knights felt insecure and hurried to get out into the street. There, having arranged a halt under the fig tree, the four turned to battle armor. From this point on, the killer tactic has changed. The surprise factor has been lost, and secrecy is no longer thought. After arriving at vespers, the knights were not afraid to break into the cathedral, full of a crowd of archbishop's followers.

So invincible felt the killer in the armor!

Masterfully crafted (albeit primitive by today's standards) armor turned people into walking Tanks. Powerful, unpunished and invulnerable in most situations.

Despite their superiority, the presence weapons and available for combat means, the defenders of Thomas Becket moved back, not knowing which side to attack the armored monsters.

If you wish, you can find hundreds of similar examples from that era. The concept of the knight itself was its security. The weapon was secondary. Quality armor cost a fortune and were an exclusive attribute of the nobility. Without them, engaging in close combat was considered meaningless.

“Marshal, do not kill me! I am without chain mail! ” - shouted to his opponent Richard the Lionheart. He shouted, of course, in French, because the British sovereign did not speak English.

The strength of the armor was so great that until the end of the XII century. Knights fought in tournaments with sharply sharpened weapons without any consequences for each other. Entertainment for the nobility is not more dangerous than racing or parachuting from a skyscraper.

For seven centuries, the “sword” absolutely lost to the “shield”. The means of defense were superior to the means of attack.

Of course, absolute security did not exist. Like a modern tank, the knight had a chance to meet with a special tool, against which no defense saved. For many centuries before the appearance of firearms, no armor could withstand the shot of the Welsh “Longbow”. However, they did not even think about abandoning the lats. The spectrum of threats in combat is not limited to one long bow.

Shining armor disappeared as a technical tool. But security as the most important principle of military science remained.

The temporary abandonment of heavy armor was due to the lack of a suitable mobile “platform” suitable for the placement of protection against firearms. Just as the appearance of a knight chained in armor was impossible, until the invention of stirrups (VIII century AD).

With the development of technical means, the concept of a “highly protected combat unit” has acquired a new meaning. The knights were replaced by tanks, naval battleships, protected aviation complexes and other technical means, exploiting the idea of ​​the trinity of mobility, security and firepower. 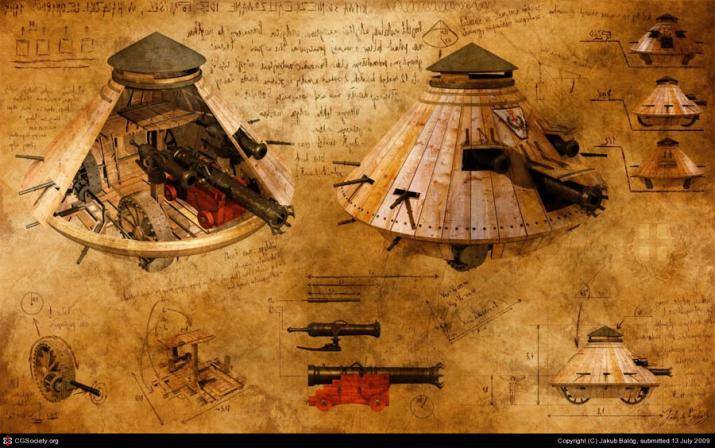 The first such opportunity presented itself to the military the fleet. The introduction of a steam engine coupled with the invention of the propeller immediately led to an increase in the size of ships. From here there was only a step to the introduction of protection and the transformation of the ship into a combat platform that dominates everything that was encountered on the battlefield.

The magnificent debut of the battleships was the battle of Liss (1866 year), in which the impotence of artillery against the ship's armor was recorded. In total, the Italian and Austro-Hungarian fleets made 6,5 thousands of shots at each other (most of them point-blank), and having failed to sink a single battleship by force of artillery fire.

Half a century later, the value of armor was confirmed in the Tsushima battle. For the sinking of the battleships of battleships it took a completely insane number of hits from the guns of quite a child's caliber.

A good example and survival standard was the Eagle, according to which after the battle an damage atlas was compiled. Over fifty hits main and medium caliber, not counting the "scratches" from small shells! 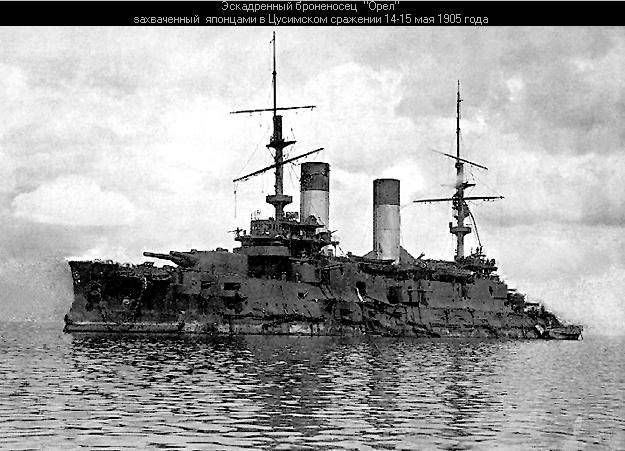 View “Eagle” after the battle does not give reason to doubt the conclusions of foreign experts.

But surprisingly ... from the 900 members of his crew, the victims of the battle were 25 people.

Such a simple and obvious fact, indicating the importance of security.

The main road is the one on which the tank is traveling.

The introduction of armor on land was delayed until the appearance of powerful and compact internal combustion engines. But there was hardly such an opportunity - and they could not be stopped ...

Lords of the battlefield. Since their first triumph in 1916, thousands of armored vehicles have been pounding their sorrowful paths on the battlefield. And, despite all the progress of anti-tank weapons, it has not yet found any reliable means capable of stopping the armored vehicles.
Multi-million "Abrams" can be made from a penny RPG. But who counted how many grenade throwers would fly off before this to their Sharia paradise?

How many people crawled with a grenade launcher across the burning land, trying to target the devilish “shaitan arba”?

The development of engines and transmissions provides an even more impressive level of protection. The whole history of the evolution of tanks is a continuous increase in the combat mass of vehicles. 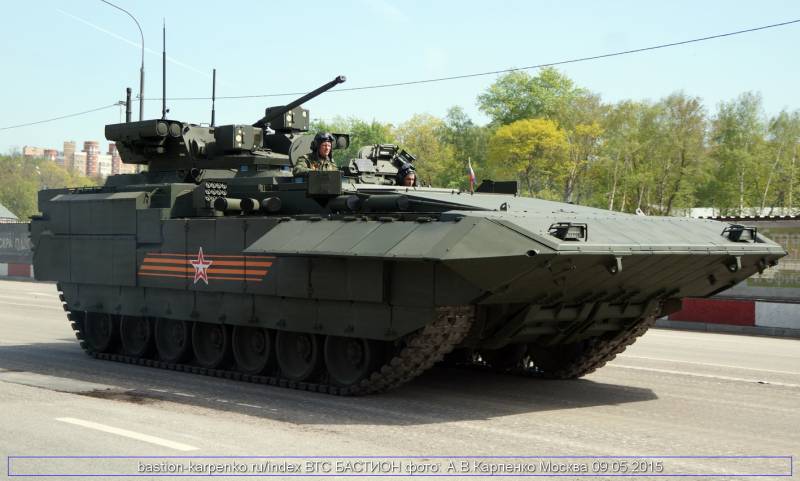 The “blurred” front line and the need to maintain a database in urban areas abolished all outdated requirements and canons when creating armored vehicles. Designers are trying to provide all-protection protection, as a result, any sample of armored personnel carriers (armored personnel carrier, infantry fighting vehicles) approaches in mass and security to the main battle tanks. Indeed, who said that ten fighters locked inside an infantry fighting vehicle require less protection than the three-person MBT crew. If we consider that they are on the same street and are forced to confront the same threats? 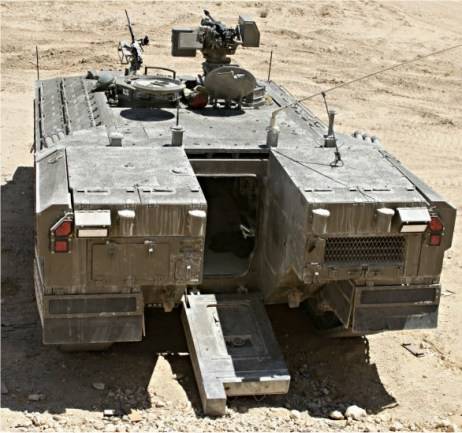 The increase in mass and security of the main battle tanks is so obvious that it is not even a reason for discussion.

At the same time, neither the development of a DZ nor the creation of an active “Afganita” cancels the main principle of armored vehicles. The main line of defense is still a physical multi-layer barrier, made of steel, ceramics and depleted uranium. Even the “Royal Tigers” did not know such slabs of thickness.

Fans of all sorts of active defenses and “fragments of the field” ejected towards ammunition, those who are trying to oppose physical protection to them, do not understand the very principle of operation of such systems.

Why did not any oligarch guess to install dynamic protection containers on his armored limousine? The answer is simple: when activating the DZ, the hexogen containers will destroy the limousine, “collapsing” it inside like a tin can.

Just as large high-speed fragments from intercepted by “Afganitom” ammunition, punch a car through.

All existing types of “active armor” require the direct application of physical protection. and turn the protected object into a ... tank.

No “Afghan” without classic armor does not work.

As for personal protective equipment, in this context, the mention of them looks frivolous.

A modern fighter in body armor is not an analogue of a medieval knight in the sense that a knight clad in armor in the conditions of that era was a much more significant combat unit dominating the battlefield.

Even being dressed in the equipment of the “Warrior” and armed with the most powerful handguns, the modern soldier does not have the superiority that the knight had in relation to everyone who met him on the way.

Nowadays, a tank can be considered as an analogue of a knight, but not an individual person.