January 23 2017
35
Two strategic "democratizing" attacks of Barack Obama on Russia, according to the information of American political scientist Stephen Cohen (https://topwar.ru/107358-plan-napadeniya-obamy-na-rossiyu.html), from Turkey and the Syrian direction, Moscow in 2016 was able to reflect, but the third, the Ukrainian direction, only managed to freeze the separate Minsk agreements between Moscow, Berlin and Paris on the demarcation line in the Donbass. 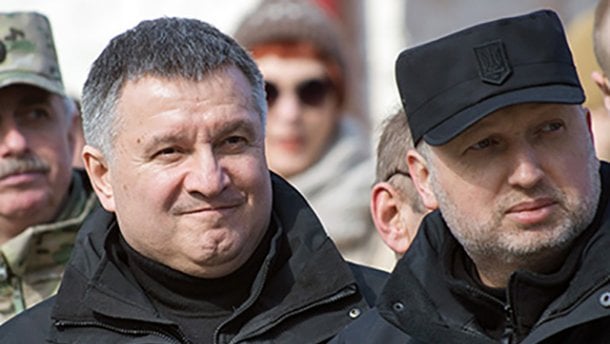 With the arrival of President Donald Trump in Washington 2017 in January, the situation in the Donbass, one way or another, will get its permission. The 2017 year will probably be decisive in the fate of the Bandera regime in Ukraine, and perhaps in the European association of Bandera Europe: Moscow will try to force European “colleagues” to pay for this “European integration” in full.

In the 2016, two events that were unthinkable at the beginning of this year took place: Britain announced its withdrawal from the European Union, and Donald Trump came to power in the United States with colleagues, an ardent critic of Obama’s American course on globalist “world democracy” through state-revolutionaries and the killing of its political opponents. Because such Obama's “democracy” was advancing in the world, even to the detriment of the US national interests, undermining the real economy of America.

Obama’s strategic strikes on Russia are the realization of the expansion of “world democracy” against the most serious military-political obstacle to this false “democracy”. If Donald Trump abandons this Obama strategy, then the Ukrainian direction of pressure on Russia loses its meaning. But what will Trump, and Europe, do with Bandera’s Ukraine, which has turned into a “toxic asset”? Observers consider different, more or less, “real” options, but an unthinkable option is possible, as the 2016 year shows.

Bandera Kiev, in 2017, repeatedly declared the “end of Minsk”, and offered to supplement it with a “security package”, some kind of a “road map” to dilute the meaning and rewrite in Bandera, with a mopping up of Donbass according to the “Croatian scenario”. Europe did not say anything intelligible about this, as did Obama, hiding behind sanctions against Russia, forcing Moscow to make concessions to Kiev in the Donbas.

Moscow contemptuously kept silent on all this, more and more European-replacing and going to the East, where it builds gas pipelines to China at an accelerated pace. However, at the end of 2016, Moscow finally made a reciprocal move in the Ukrainian direction: Dorogomilovsky Court of Moscow, following the suit of ex-deputy of the Verkhovna Rada Vladimir Oleinik, recognized the events of February 2014 in Kiev as a coup d'état. 27 January 2017, the decision of the Dorogomilovsky court will enter into force, unless it is appealed by anyone. It seems that no one is going to appeal the decision of the Dorogomilovsky Court ...

Political scientists do not pay special attention to this court decision, because what does the decision of the Moscow court mean to the world “democratic” public? In this they are right, but the court decision on a coup in Kiev can be a pretext for Moscow to change its position in relation to the Bandera regime, especially if the “Norman format” and the Minsk generated by it, one way or another, will be scrapped.

Perhaps with the help of the Dorogomilovsky Court, Moscow is preparing its new position on Ukraine at the upcoming talks with US President Donald Trump. We can assume that Moscow will continue to demand compliance with each letter of the Minsk agreements, since they will require such a transformation of the Bandera regime, which it is unlikely to withstand. “Option B” for Moscow is the decision of the Dorogomilovsky court.

Trump's adviser Paul Manafort, to whom Kiev fabricated compromising materials for Hillary Clinton, will undoubtedly devote Trump to the subtleties of Ukrainian politics, but it is important for the US president to master the situation in America, so he is unlikely to be steeply changing Ukrainian politics, unless he cuts off funding to Kiev. Trump and Europe, apparently, will continue to repeat the mantra about “no alternative to Minsk”, and visible decisions on Ukraine, after the meeting of Trump and Putin, are unlikely to be made.

In this situation, Moscow will just wait, another adviser to Trump, former US Secretary of State Henry Kissinger, especially at the beginning of 2017, predicts how events in America will develop with Trump coming to power in Europe after elections in France, Holland and Germany. A "toxic" Ukrainian asset will be left to itself. And the unthinkable will of providence.

Ukrainian media reported that rumors about a new bloody coup, on the occasion of the next February anniversary of “gidnosti”, roam around Kiev. They point to "Azov", allegedly it will be the "vanguard" of the new revolution. Anything can be in the country of winning "horses" ...
The patron of Azov and other Nazi battalions, Chief of the Ministry of Internal Affairs Arsen Avakov, recently made a provocative statement about the need to take control of the borders of the Novorossiysk republics, that is, to derail Minsk and continue the war in the Donbas.

Avakov and Turchinov, the main war criminals of the “ATO”, have nothing to lose, the continuation of the situation “neither war nor peace”, the worsening socio-economic situation in the country will continue to push them to adventures. Avakov Nazi fanatics burn out with time, this is a well-known phenomenon, this specific resource must be used until it deteriorates: it did not drink itself and went to the gangsters as a citizen.

Therefore, the leaders of "ATO" will continue to play to exacerbate the situation. It will not work to open the front in the Donbass, Poroshenko will be accused of “zrade” and will open the front in Kiev, perhaps, by the next anniversary of “hydration”. How will the circumstances.

And then an unthinkable scenario could begin in Ukraine: with the collapse of the country into regions, the proclamation of the new People's Republics, and the end - the Donetsk Tribunal over the Bandera neo-Nazi regime.