75 years at the forefront

January 22 2017
3
The Moscow Machine-Building Plant, located in the Northern Administrative District of Moscow, bears the proud and sonorous name of Avangard. The Russian Encyclopaedic Dictionary treats: “Avant-garde is a unit that follows the main forces on the march in front of the enemy in order to prevent a sudden attack”. Nice история the company fully justifies its name, because it has been performing an important and responsible task for more than 70 years - it has mass-produced military equipment to protect the air borders of our country.


The Moscow machine-building plant "Avangard" was created by the decree of the State Defense Committee of the USSR dated January 24, 1942 in one of the most difficult periods of the Great Patriotic War for production aviation engines M-11 and its variants for the legendary U-2 (Po-2) aircraft, which played an important role in the outcome of the war.

For labor successes in the years of the Great Patriotic by Decree of the Presidium of the Supreme Soviet of the USSR from September 16 1945, the plant was awarded the Order of the Red Star, and many of its employees were awarded orders and medals.

The first post-war years in the history of the enterprise are associated with the implementation of a large amount of work to restore the country's agriculture: units and parts for tractors, combines and other agricultural machines were produced here.

In 1948, the factory started mass production of consumer goods. At this time, experimental work on constructive fine-tuning of the gas turbine engine is carried out here, which were crowned with the first in the USSR 25-hour tests of a prototype engine on an open screw stand of the plant.

But with the beginning of the Cold War, the plant was again in the vanguard of the Soviet military production - it was engaged in the development and production of small-arms weapons for aircraft, including the first Soviet strategic bomber Tu-4, which, carrying nuclear charges, was to fly over the ocean. 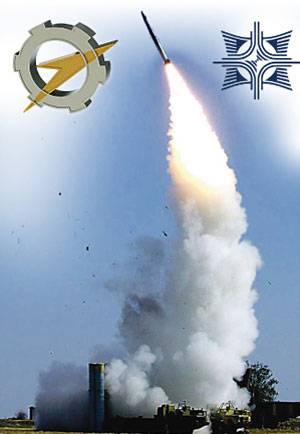 After the two superpowers were armed with intercontinental bombers with nuclear bombs on board, anti-aircraft defenses were involved in the arms race, which dramatically changed the fate of the enterprise.

In 1951, the plant director was an experienced organizer and manager Ivan Alekseevich Likhachev, during which almost 50 percent of machine equipment was replaced and the construction of housing for the company's employees was laid.

Since 1954, the plant has begun to master the production of missiles development of the general designer P. D. Grushin for C-75. The plant produced 11D, 13D, 15D, 20D, 5X23, 5B29 missiles, which stood on guard of the air lines of our Motherland for more than 30 years. Export versions of these missiles were shipped to 24 countries of the world. The quality, effectiveness and reliability of the SAM systems manufactured by the Avant-garde Plant has been confirmed by their many years of operation in the Air Defense Forces, and by numerous launches during tests, exercises and combat operations. Thus, during the Vietnamese war, the ZRS X-NUMX was shot down by several hundred American planes and helicopters.

In 60 – 70-s, simultaneously with the improvement of the technological process of production, the participation of labor collectives in management has noticeably increased: the public council for monitoring production and economic activity, the economic analysis bureau, quality staffs, the public personnel department, youth mentors and craftsmen councils have actively earned.

6 March 1962 was awarded the Order of the Red Banner of Labor by the Decree of the Presidium of the Supreme Soviet of the USSR for high achievements in the development and production of new equipment of MMP Avangard. And in 1963, the plant’s collective was awarded the honorary title “Team of Communist Labor” and in subsequent years it was noted as the winner of district and sectoral socialist competitions, and was the owner of passing banners of the aviation industry.

Continuous development of production facilities and technologies allowed the IHF Avangard in 1972 – 1975 to master the production of the B-500 SAMs for the C-300П SAMs. Simultaneously with 1973, the plant began the production and delivery of antimissiles for the A-135 system to the troops.

In the period from 1986 to 1989, the Avangard plant was the first in the USSR to master the 48H6P SAM, which were equipped with C-300PM air defense systems that protect the airspace of our country at the present time.

MMP Avangard also developed and commissioned five types of target rockets, created on the basis of the 20D and 5YA23 missiles (Sinitsa-1, Sinitsa-6, Sinitsa-23, Korshun, Bekas) , which were used by the Air Defense Forces, and the Bekas target missile is still in demand today for training and combat firing at the test sites.

In 90-s, the plant was in a difficult economic situation due to the lack of contracts for the manufacture of missiles and the difficult situation in the country as a whole. The company left the qualified personnel, the infrastructure fell into disrepair. The buildings of the children's camp and the sanatorium were sold, there was no heating in the workshops, the staff had to warm themselves by the fires. The management was forced to lease production space in order to somehow keep the company afloat. Against this background, in the 2002 year, by a decree of the President of the country, the Almaz-Antey Air Defense Concern OJSC was formed. The creation of JSC Concern Air Defense Almaz-Antey allowed to unite under the unified leadership the main strategic organizations and enterprises of Russia developing and producing weapons systems for air defense, more efficiently use the budget funds allocated for these purposes, eliminate unnecessary competition between various groups of product manufacturers on this topic, create favorable conditions for the unconditional implementation of state orders for the supply of weapons for the Ministry of Defense and meet the needs of the relevant segment of the external market. The state enterprise “Moscow Machine-Building Plant“ Avangard ”was transformed into an open joint-stock company by a resolution of the government of the Russian Federation and incorporated into the OJSC“ Concern PVO Almaz-Antey ”.

In 2003, Gennady Kozhin became the general director of the company. Possessing vast experience of the organizer and economic training, in a short time he rallied around himself a team of like-minded people who managed to carry out all the necessary structural changes and ensure the resumption of large-scale production. From this moment begins the revival of the plant as a manufacturer of modern defense products. Production capacities are being restored, an enterprise team is being formed almost anew, a quality management system is being created and successfully developed. JSC "MWF" Avangard "successfully mastered the serial production of new versions of missiles for the Ministry of Defense of the country and for foreign customers. Over the 2011 – 2015 years, the volume of products manufactured by the enterprise has more than tripled.

In September, Ahmet Abdul-Khakovich Mukhametov, who worked at the plant since 2015 and was working from an engineer-technologist to a company manager, who has a lot of practice in organizing production and building technological processes, was appointed CEO of the company 1975 in September.

From 2013 to 2015, under the leadership of Ahmet Abdul-Hakovich, the plant specialists solved the problem of producing body castings at the plant, which ensured the fulfillment of the 2014 – 2015 state defense order and allows for an increase in output in subsequent years. In his work, Ahmet Abdul-Hakovich relies on the development of production capacity of the enterprise, attracting young specialists to work, maintaining and enhancing the glorious traditions of the plant.

Manufactured products are held in the JSC "MMP" Avangard "full production cycle - from the manufacture of parts in the foundry, in the production departments of mechanical and chemical processing to complex inspection and installation operations during final assembly. And at each stage, production is accompanied by talented, dedicated professionals who seek to bring the process to perfection, using modern equipment in production and modernizing unique machines that have remained from Soviet times.

All products manufactured by AO MMZ Avangard are samples of sophisticated and modern equipment that can be compared with sensitive and intelligent beings, designed to protect the geopolitical interests of our country and protect the peace of civilians. These products of one of the basic enterprises of the military-industrial complex of Russia are undoubtedly at the forefront of the best weapons of the Air Defense Forces.

Today, Avangard MWS is a high-tech enterprise with unique equipment and advanced production, successfully solving the tasks of supplying anti-aircraft guided missiles to the Ministry of Defense of the Russian Federation and foreign customers for reliable protection of air borders.