January 18 2017
57
According to the Interfax, referring to operational services in the Krasnodar Territory, an unmanned aerial vehicle was found at sea last Sunday. From the message:

Last Sunday, an unmanned aerial vehicle Airbus Direct Targets was found and raised near the coast of Blagoveshchensk Spit near the coast. Its origin, purpose and circumstances of the fall into the sea are currently being established. 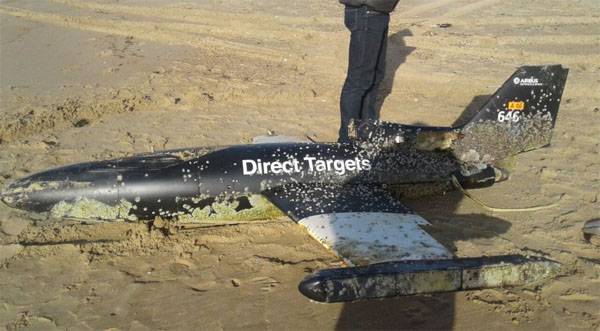 On Twitter are published photos of an unmanned aerial vehicle. It has a length of 2-2,5 m, painted in black. In the rear part is the number of the UAV - A06 646, as well as the mark of the manufacturer - Airbus.

As seen in the photo, the unmanned aerial vehicle does not have any serious damage. Therefore, it is assumed that he could be on the sea surface due to either loss of communication with the operator, or the charge of the energy source. In separate accounts of social networks it is stated at all that this is a “dummy of a drone”.

Airbus, one of the leading aircraft manufacturers in the world, in recent years has been paying serious attention to the design and creation of UAVs. Among the new models is the Thor, the case of which is printed on an 3D printer.