10 years since the death of the hero Antimaydana 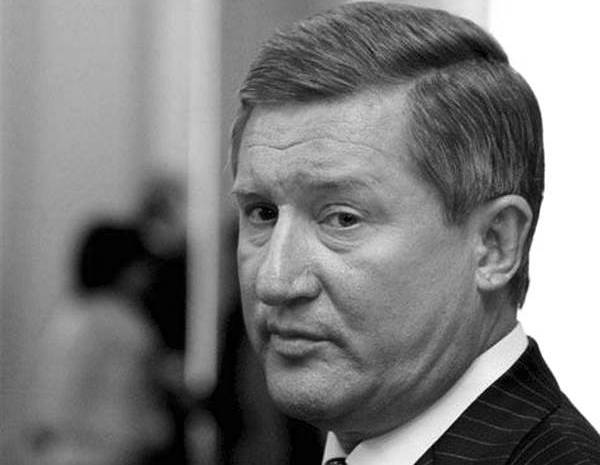 This person can rightfully be called a hero. The hero of resistance to the "Orange Maidan". Even to that, the first Maidan, which turned out to be just a rehearsal, only the forerunner of more serious events. Many say that if Yevgeny Kushnarev were alive at the moment, all the newest Ukrainian история would go the other wayand there could be no bloody war that took the lives of thousands of people.

But ten years ago, 17 on January 2007, Yevgeny Kushnarev died from injuries received the previous day. In this death - a lot of unclear. It would seem that an accident that occurred during a hunt. This happens sometimes. Fateful coincidence. But the family does not believe so far. And even Viktor Yanukovych, the loser of the resistance to both the first and second “Maidan,” then said: “Still, they killed him».

Yevgeny Kushnarev was considered the most pro-Russian politician in Ukraine in 2000. He was the most violent opponent of the first "Maidan". It is worth recalling that then, in 2004, the presidential election took place in Ukraine. The votes were divided almost equally between the two Viktor Yanukovych and Yushchenko. But still, during the second round, Yanukovych won by a small margin.

Then The West has done everything possible to unleash another "velvet revolution" in the country. The experience of organizing such "non-violent coups" was already in September-October 2000, the United States and its allies strongly supported the corrupt opposition in Yugoslavia and provoked the so-called "bulldozer revolution." As a result, those who bombed the country were able to push through their protege and overthrow the legitimate President of Yugoslavia, Slobodan Milosevic, who resisted the bombings and Western recipes for his country.

In Georgia, in 2003, the second such coup took place - as a result, the old Soviet nomenklatura Eduard Shevardnadze was removed from power (who put a lot of effort into the collapse of the USSR, but still did not become “his own person” for the West). The so-called “Rose Revolution” brought to power the ambitious and energetic opponent of Russia, Mikhail Saakashvili, who even received presidential wages from Washington.

In this way, maidan 2004 of the year in Ukraine became the third in a row "color revolution"implemented for the change of power to a more pro-Western. Having accused the authorities of “electoral fraud”, Yushchenko’s supporters, speaking under orange flags, demanded the organization of a “third round”. Never in the history of the presidential election has this been close. In the course of this illegal “tour” organized under the influence of a skillfully guided crowd, they managed to push Viktor Yushchenko to the presidency.

While votes are strongly divided by territoriality. In the western regions of Ukraine - about 90% of voters voted for Yushchenko, in the southern and eastern - the same 90% for Yanukovych. In fact, the West, with its majority, pressed the voters of the central regions to give up their initial choice, which ensured Yushchenko’s victory in the course of the unconstitutional “third round”. What methods are used by the carriers of the Bandera ideology - we see today. Then, however, it manifested itself in a weakened form, but still bore fruit.

During the years of Yushchenko’s rule, the “Orange” were actively working in the eastern regions, which is why many of them turned out to be those who also contracted the “Bandera virus”. It was one of the factors that prevented after the second Maidan to organize a powerful resistance in the South-East of Ukraine.

But back in the 2004 year. One of those who fiercely resisted the creeping orange coup was the then governor of the Kharkiv region, Yevgeny Kushnarev. The locals appreciated him as a good business executive. He had authority not only in the Kharkiv region, but throughout the South-East.

When Viktor Yanukovych lost the fight for the first time, he still didn’t have an unequivocal relationship as a weak and cowardly person. After all, “orange” technologies are powerful, and it’s extremely difficult to resist. But nevertheless, even then, the hesitancy was visible to him personally, and the forces behind him. You can talk about the betrayal of ex-President Leonid Kuchma, who did not use his authority to prevent a coup. One thing is clear: few people decided to openly challenge the "orange".

So, the most decisive, most consistent opponent of the Maidan in those days was Yevgeny Petrovich Kushnarev.

Speaking at the All-Ukrainian Congress of Deputies of all levels, which passed 28 on November 2004 of the year in Severodonetsk, Kushnarev sharply criticized the Maidan, described it as a coup d’état and said: “I want to remind hot heads under orange banners: from Kharkov to Kiev - 480 kilometers, and to the border with Russia - 40". He added: "We understand that the East has the most serious difference from Galicia. We do not impose our way of life on Galicia, but we will never allow Galicia to teach us how to live.».

For these words, he will then be accused of "separatism." In August 2005, Kushnarev was arrested by the Orange government and spent several days in prison. He stayed steadfastly, went on a hunger strike in defense of his violated rights, despite health problems. Then the Orangeists had not yet shown their fascist essence and, under the influence of public opinion, were forced to release the prisoner to freedom. In prison, the politician began to create a book called "Red Horse". This book became a manifesto against the Maidan. Shortly before his tragic death, Evgeny Petrovich was working on another book, also of anti-orange content: “Elections and Pitchforks”. After his death, this book was published.

Then, in 2004, Kushnarev, who stood at the origins of the “Party of Regions”, supported the candidate for presidency of Ukraine Viktor Yanukovych. Then, due to disagreements with him, he created his own party, New Democracy. Perhaps, if it were not for his death, then it was he who would have turned out to be a presidential candidate in the 2010 election of the year. He had chances to win - most likely, he would be supported by those who were forced to vote for Yanukovych as the lesser evil. And then he, being a man of courage and decisiveness, would be able to resist the second Maidan. But history does not have a subjunctive mood - and we see Ukraine covered by orange-brown neo-fascism.

On the day of the tenth anniversary of the death of Yevgeny Kushnarev, those from Kharkiv came to his grave, who have the courage to honor the memory of real heroes. Not those about the dubious "glory" of which they shout in the squares of pravoseki, but those who consistently advocated peace and friendship between our peoples.

The criminal case on the death of Yevgeny Petrovich was closed under Yushchenko. But the son of the late governor of the Kharkiv region, Andrei Kushnarev, stated: “... The current leadership of the country could well take a political decision and resume the case, to give the family and society the answer: what happened on that day?»

But the answer from this government is not to be expected. Moreover, during the years that have passed since the victory of the second Maidan, quite a few political and public figures died under very strange circumstances — someone allegedly “suicide”, and someone was shot right at the threshold of his own house ... In modern Ukraine this is considered the norm.