Bulk: what and why the opposition hides 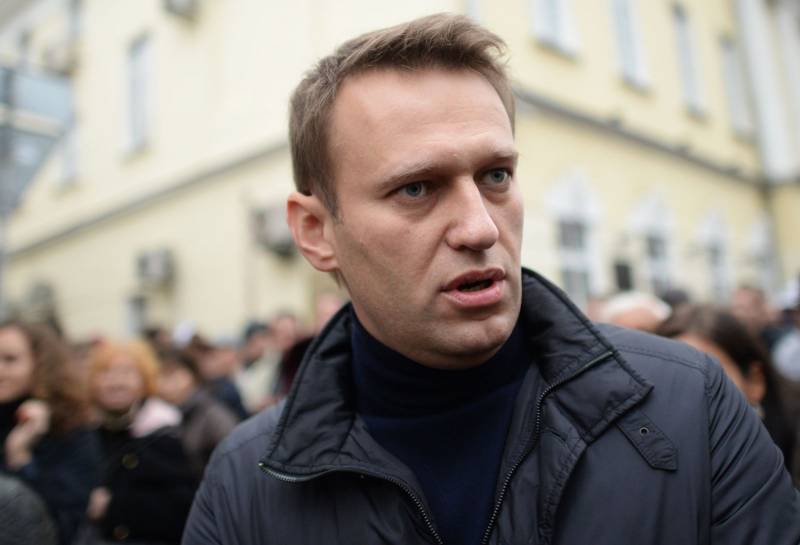 The true goals of the Russian opposition are becoming more transparent if you pay attention to the peculiarities of the biography of its most prominent representatives.

Recall that 13 December 2016 was well-known Russian opposition leader Alexei Navalny announced his intention to run for the presidency of the Russian Federation in 2018. In order to inform the population of his plans to “establish democracy in the country,” the politician created a specialized website where anyone can get acquainted with his election program.

“I am going to the polls with a program on how to make Russia fair and modern. How to curb corruption. How to turn Russia's wealth into the wealth of every family, ”the home page of the web resource says. For the layman, such abstracts may seem quite attractive. However, you shouldn’t dive headlong into this pseudo-patriotic pool - devils are found in it.

Particular attention is drawn to the biography of Mr. Navalny, published on the same site. After reading it, it seems that we are almost an angel in the flesh, leading a righteous struggle against the forces of darkness, trying to sell the state for pennies. Some victories in the fight against corruption and not a single socio-political defeat. We believe that in this context it will be appropriate to recall Alexey’s conviction and some obviously hidden stages of his life.

To date, several high-profile criminal prosecutions are behind the supposedly holy back of the politician. The result of their investigation was Navalny’s conviction to five years in a general regime colony in the Kirovles case and 3 years and 6 months conditionally in the Yves Rocher case. Subsequently, the first sentence was replaced by a suspended sentence, the second - by house arrest and a recognizance not to leave the place, which the activist repeatedly tried to violate.

Recall that in August 2016, the opposition member filed a petition to the Russian Supreme Court to reconsider the Kirovles case. Alexei’s lawyers explicitly stated that a review of the case in favor of their client would allow the latter to participate in the 2018 presidential election of the year. Otherwise, because of his criminal record, Navalny will be able to exercise his right to vote no earlier than 2033.

It should be noted that the statement of the public figure on participation in the presidential election was made during the consideration of the application. Now, in the event that it is rejected, the European Court of Human Rights will be able to safely declare the case politicized.

Thus, the angel from Navalny turns out not very good, obviously with potential “domes” on his chest. On the site, of course, such information is not reflected, so a user who does not follow the political landscape of the country may be misled.

Another hidden and important fact from the biography of Alexei, published on his election website, is a semiannual policy training at Yale University in the USA under the Yale World Fellows program. This program allows international students to study at Yale for free as part of “public diplomacy”. According to the Director General of the Center for Political Information Alexei Mukhin, by this term Americans understand “promoting the national interests and foreign policy of the state through direct propaganda and information work with the population of a foreign state”. By the way, such courses were completed by Mikhail Saakashvili and Viktor Yanukovych. How their "diplomacy" ended, the public still remembers.

In addition, according to a number of media reports, back in 2007-2008, Mr. Navalny was associated with the American foundations of the National Endowment for Democracy and the National Democratic Institute. These non-profit organizations are also part of the structure of "public diplomacy" and are subordinate to the US Department of State. From this it follows that the passage of the program at Yale only cemented the ties between Navalny and Western patrons.

It is not surprising that such information was intentionally hidden from the official biography of the politician. Any sensible person, even with the edge of his ear familiar with such a concept as the “fifth column”, would immediately suspect Alexis of a desire after the election victory to transfer Russia under the patronage of the United States. Not without reason, one of the slogans of the politician's campaign, which has not yet begun, is the call “It's time to choose the future.” The choice, of course, remains for the reader.