In Sevastopol, promised to return to the submarine "Alros" in the current year

January 14 2017
85
Repair and modernization of the submarine B-871 "Alrosa", located since the summer of 2014, at the 13-m Shipyard in Sevastopol, is scheduled to be completed this year, the site reports FLOTPROM.RU. 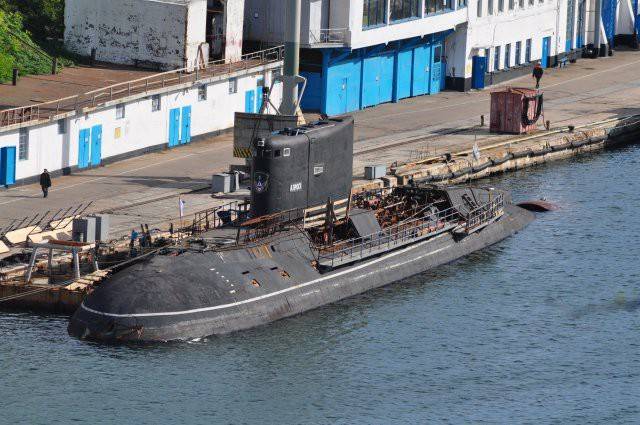 “The deadlines for moving the order have shifted from 2016 to 2017 a year,” said company representative Sergey Gorbachev to FlotProm. At the same time, the representative of the shipyard found it difficult to give the exact date of completion of the work.

“The works are in many ways unique, in the conditions of the plant this kind of thing was not done,” he added.

Alrosa was built in 1989 at the Nizhny Novgorod shipyard Krasnoe Sormovo and was the only combat-ready submarine of the Black Sea fleet before the transfer to the latter of the ships of Project 636.3 Varshavyanka.

It is assumed that at the end of the repair, the submarine will return to the Black Sea Fleet. Earlier, the media reported that after the modernization of the submarine will be armed with missiles "Caliber PL" with the launch of torpedo tubes.