January 14 2017
594
Of course, the new economic policy (NEP) was the largest turn in the policy of the Bolsheviks, which, however, like the policy of war communism, was initially more of an impromptu rather than a well-thought-out party program for a long historical perspective. 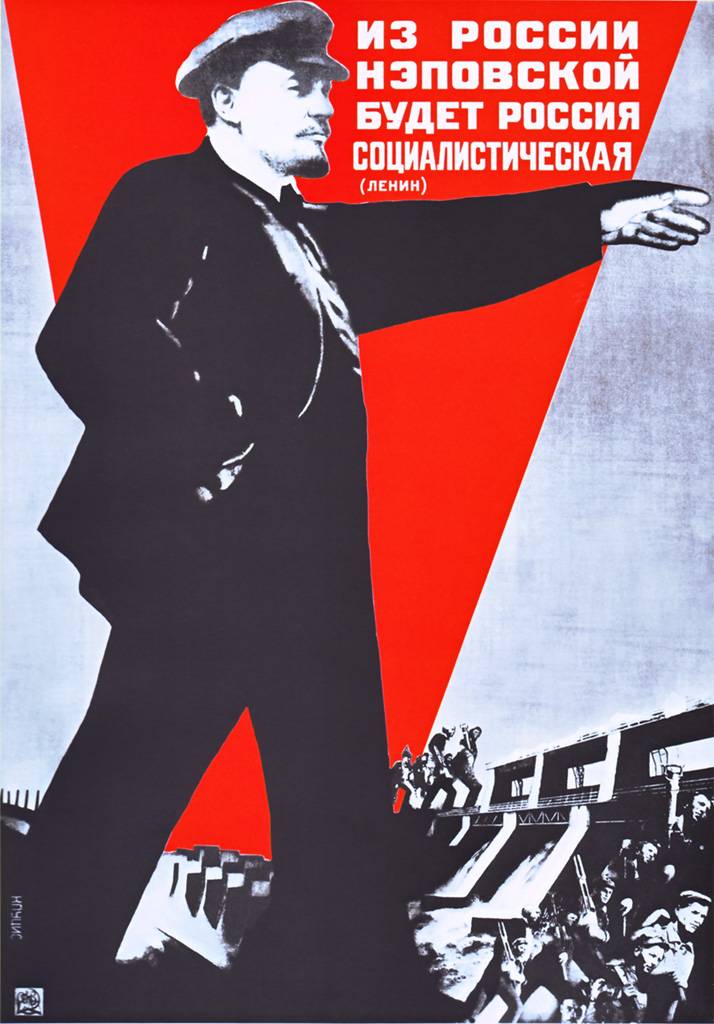 15 March 1921 of the year, on the penultimate day of the congress, Vladimir Lenin delivered a keynote report “On replacing development with tax in kind”. The report itself and its main provisions, as well as the food report of the People's Commissar of Food Alexander Tsyurupy, caused a real shock to many of the congress delegates, who regarded the transition to a new economic policy as a betrayal of the ideals of October. The clearest evidence of this state of shock of the majority of the delegates to the party congress was the fact that after only four speakers spoke, the debate on this issue, due to the lack of speakers, ceased. That is why, explaining to all his fellow party members the need for such a sharp turn, Lenin emphasized the fact that the NEP is a “temporary retreat caused by the failures of the policy of military communism”, which became the detonator of mass peasant uprisings and the Kronstadt insurgency. It is no coincidence that in April 1921 of the year in his famous article “On food tax”, he directly wrote that “the economy of the spring of 1921 of the year turned into politics: Kronstadt”.

In Soviet historiography (Esfir Genkina, Vladimir Dmitrenko), it was traditionally stated that in his report at the 10th RCP (b) Congress, Lenin put forward a “deeply argued comprehensive program for the restructuring of economic relations" based on a detailed analysis of the changed alignment of class forces in the country. At the same time, in modern historiography (Mikhail Gorinov, Vladimir Kabanov), on the contrary, there was a strong opinion that in this report the concept of the NEP was “not a strictly scientific theory”, but a set of certain forced measures that were empirically influenced by powerful peasant uprisings. covering the entire territory of the country.

Initially, the Lenin report dealt only with the elimination of the most important element of the policy of war communism — the state monopoly and direct state regulation of the entire agricultural production and the normative distribution of products, that is, the excess development.

Naturally, the transition to a new taxation system for all peasant farms put on the agenda the question of the inevitable revival of free trade. And it is precisely this circumstance that caused a considerable part of the delegates to the congress a complete misunderstanding and rejection, because directly in free trade the overwhelming part of the party members saw the main threat of the revival of capitalism in the country.

In connection with this circumstance, Lenin, still in captivity of the old military communist illusions, initially intended to limit commodity circulation on a local scale and came to the conviction of creating a direct, rather than a market mechanism for commodity exchange through the consumer operation and the extensive apparatus of the People's Commissariat of Food in the center and in the field. However, this conviction of the leader soon broke about the realities of life, and he was forced to recognize the need to recreate a full-fledged system of free trade throughout the country.

In March-April, 1921, by decision of the 10th Congress, special commissions of the Central Committee of the RKP (b) and the Council of People's Commissars on the tax and finance were created to form the basis of the economic mechanism of the NEP. At the head of the first commission, which included Andrei Andreev, Vladimir Milyutin, Alexei Rykov, Alexander Tsyurup and others, a member of the Political Bureau of the Central Committee of the RKP (b) and deputy chairman of the SNK of the RSFSR Lev Kamenev. And the second commission was headed by a member of the Central Committee and chairman of the Finance Committee of the SNK of the RSFSR, Yevgeny Preobrazhensky. The main task of the Lev Kamenev Commission was to prepare the necessary regulatory and management decisions for the transition to the new tax system and the reform of various forms of cooperation. The main task of the “Commission of Yevgeny Preobrazhensky” was to radically reorganize the entire circulation of money, the credit system, budget relations, etc. 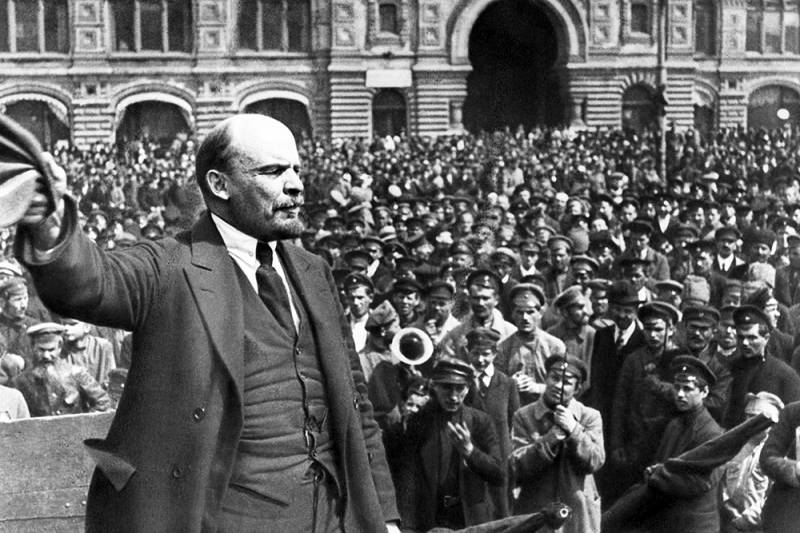 In April, 1921, in his famous article “On Food Taxes,” Vladimir Lenin already spoke at length about the NEP as a return to elements of the state capitalism system, through which one can and should make a smooth and much less painful transition to socialism. At the same time, to all his numerous opponents and critics, including in the top party leadership, he directly pointed out the fact that “the NEP has more old than new”, reminding them the foundations of the party economic platform contained in its “April theses ”, and his articles“ On the tasks of our revolution ”(1918) and“ The next tasks of Soviet power ”(1918).

Let me remind you that back in April 1918, Lenin had the idea of ​​turning from a “Red Guard attack on capital” to his “siege through the system of state capitalism”. Such a sharp turn in the economic policy of the Bolsheviks turned out to be caused by a number of circumstances, namely the realization that: 1) uncertainty continued with the timing of the start of the world proletarian revolution; 2) there was a clear discrepancy between the classical Marxist model of socialism and the actual conditions of a single country, as well as 3) it was impossible to overcome the economic chaos in the country without using the traditional “market” mechanisms and controls.

And then Vladimir Lenin wrote his famous work "The Immediate Tasks of Soviet Power." A number of modern authors (Vadim Rogovin, Gennady Bordyugov, Vladimir Kozlov) called it the first draft of the Leninist concept of the NEP, the implementation of which then failed because of the outbreak of the Civil War. The essence of the main Leninist provisions set forth in this work was as follows:

a) on the line of formal socialization of production "we went too far and switched to a disproportionately greater breakdown of the old relations than we thought ... Today, only the blind do not see what we have nationalized, confiscated, filled and broke, than we managed to count";
b) now the center of gravity of work must shift to questions of “comprehensive state accounting and control over the production and distribution of the social product” and increase in labor productivity;

c) under current conditions, “state capitalism would be a salvation for us, since it is something centralized, calculated, controlled and socialized”.

In other words, in “state capitalism” Lenin saw a real mechanism of compromise between the Soviet state and the bourgeoisie, which could not only save the country's economy from complete collapse and collapse, but also create the necessary conditions for building the foundations of socialism in the country. 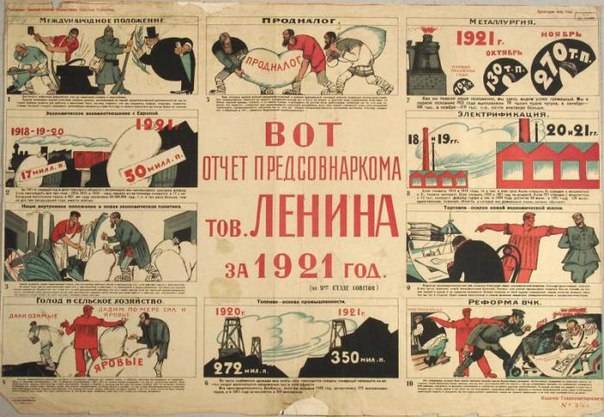 a) in 1918, Lenin did not call for the restoration of the former system of state capitalism, but merely pointed out that the transition to socialism would be much easier if state capitalism at the present stage would become the leading economic system in the country;

b) in the 1921 year, it was about creating state capitalism not as a complete economic system, but as separate elements admitted to a number of economic areas, in particular, to the system of commodity exchange;

c) after Lenin became convinced that the system of commodity exchange on the basis of state capitalism failed, he puts on the agenda an absolutely new task, which now should form the "basis and essence of our new economic policy" - the creation of a system of state regulation of sale and purchase and monetary circulation.

Therefore, in May 1921, at the XI (extraordinary) party conference, Lenin stated that in such a petty-bourgeois country as Russia, the main task of the party is to search for special intermediate links and additional forms of transition from bourgeois to socialist relations. 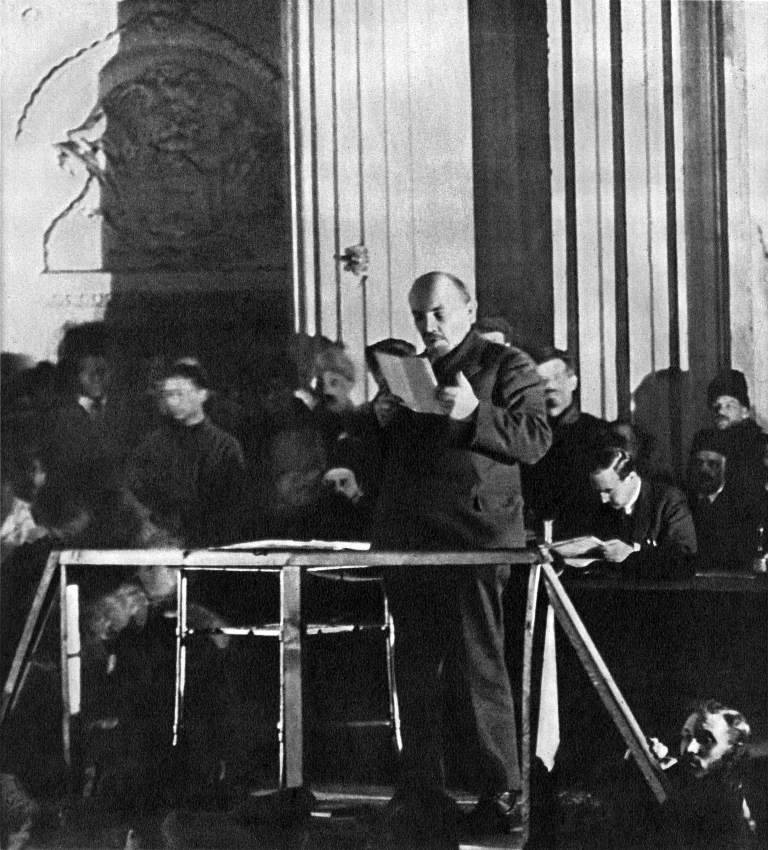 In the summer of 1921, in the conditions of the most severe drought and terrible famine that hit the main grain-producing regions of the country - the Middle Volga region and the North Caucasus - the government was forced to abolish the state system of exchange of goods and included traditional market mechanisms. Therefore, already in November 1921 of the year in his famous work “On the Value of Gold Now and after the Complete Victory of Socialism”, Lenin unexpectedly completely rehabilitated the idea of ​​“reformism” in the Marxist teaching, which the Bolsheviks traditionally rejected as a revisionist idea, imposed on all the “unstable Marxists” by the renegade Edward Bershtein in the beginning. Xnumx's. It was in this work that the leader of the Bolshevik party declared for the first time that at the present historical moment "we have a vital need to resort to the reformist, gradual, cautiously-workaround method of action in the core issues of economic construction." In this case, a little later, explaining his seditious conclusion to all Bolsheviks, Lenin directly wrote that the essence of reformism is “not to break the old way”, but to “revive capitalism” in every possible way and subject to its development and revival to state regulation traditional capitalism, that is, trade, money circulation, small and medium entrepreneurship, etc.

Thus, Lenin's conclusion about the need for widespread use of market relations in the conditions of peasant Russia during the transition period is the fundamentally new thing that significantly distinguished Lenin's “plan to build socialism” in the autumn of 1921 from its earlier announced plans, including the initial period of the NEP. 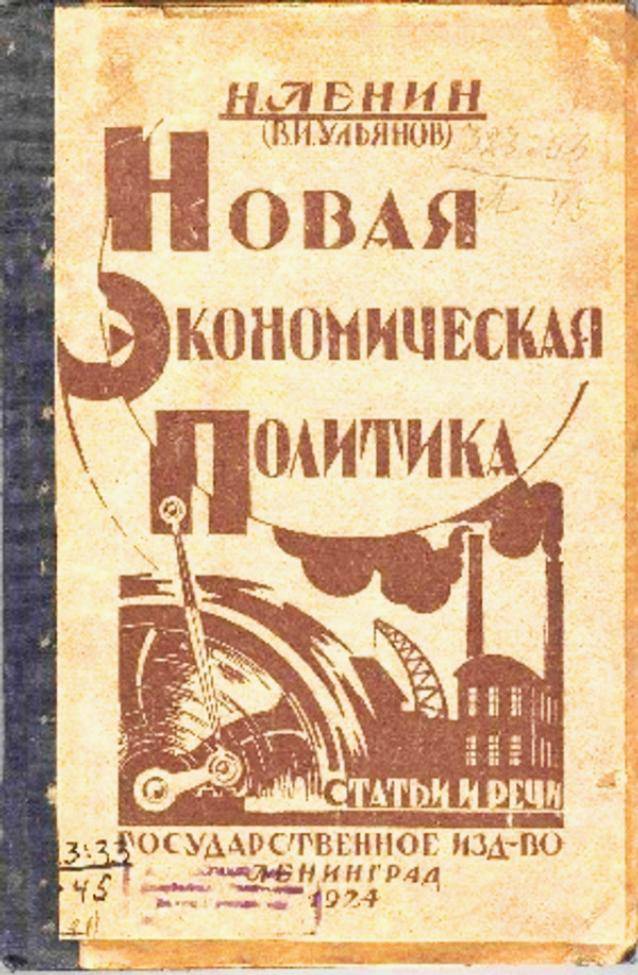