January 13 2017
3
January 14, 1952 Minister of War of the USSR, Marshal of the Soviet Union A.M. Vasilevsky signed the directive No. 24646c on the creation of a separate battalion for the transfer of fuel through the pipeline (since 1953 - the 71st separate pipeline battalion). A high degree of mechanization of the armed forces, as well as the development of new types of weapons and equipment, made special demands on the supply of fuels and lubricants. Soon, the result of the first directive and subsequent orders was the formation of the pipeline troops responsible for the supply of fuel to army units and fleet.


It should be noted that work on optimizing the transportation of fuel began in the thirties. Then the first models of collapsible field pipelines were created, intended for use by parts of the logistics. The new equipment of the rear formations was tested both during the exercises and during the conflicts in the Far East. 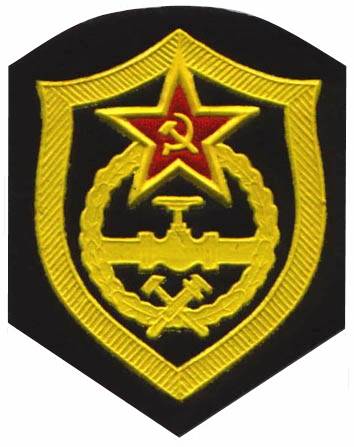 By the beginning of World War II, the Red Army, as part of its rear units, had several pipeline parts, which immediately began to work. The task of the units was to create fuel supply lines in different parts of the front, as well as in the rear. Due to pipeline parts, by the end of 1941 of the year, two pipelines of 8 and 21 km in length were laid to besieged Leningrad, along which the city was supplied with fuel before the start of 1943.

After the end of the war, taking into account the accumulated experience, the command initiated the development of new technical means for pipeline parts. In addition, over time, it was decided to form full-fledged special troops responsible for the deployment and operation of main pipelines. The task of the new troops was to supply fuel and lubricants to parts of various types of troops, both at the bases and during exercises or combat operations. In addition, the delivery of fuel to the launch sites of rocket complexes has become a special task of the pipeline troops.

Pipeline troops in their current form for the first time took part in an armed conflict during the war in Afghanistan. At the beginning of 1980, they began the construction of highways to deliver fuel to units operating in Afghan territory. The first lines were commissioned as early as February 80. Due to the special risks for fuel trucks, pipelines have become the primary means of delivering fuel and lubricants: during the years of conflict, about 80% of fuel was delivered via pipes.

The ability to quickly deploy pipelines for the delivery of various liquids allowed pipeline troops to work not only in the interests of the armed forces. During its existence, these troops have repeatedly taken part in the aftermath of natural and man-made disasters. Several times the main pipelines were used to supply water to places of large forest fires. After the earthquake in Spitak, it was the pipeline troops who organized the supply of water for household and other needs. During the liquidation of the consequences of the accident at the Chernobyl nuclear power plant, the laid pipelines made it possible to deliver clean water to the work site without radioactive contamination.

In commemoration of the directive of the Minister of War, issued in 1952 year and which launched the formation of a new formation of the armed forces, on January 14 a professional holiday of pipeline troops is celebrated. The editors of the Military Review congratulate all the personnel and all veterans of the pipeline troops!
Ctrl Enter
Noticed oshЫbku Highlight text and press. Ctrl + Enter
We are
Pipeline Formation DayAn-12 in Afghanistan
Military Reviewin Yandex News
Military Reviewin Google News
3 comments
Information
Dear reader, to leave comments on the publication, you must sign in.