Antisyrian dirty tricks of the outgoing US administration 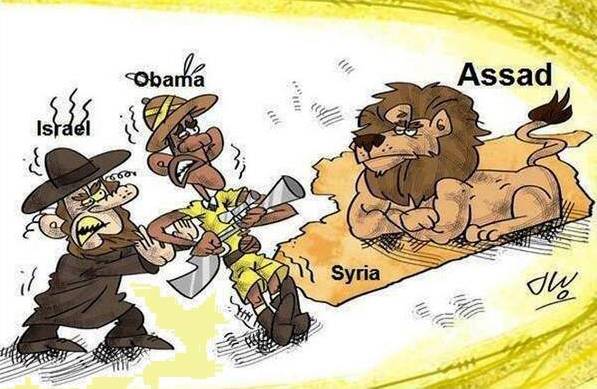 Obama’s outgoing regime is finally trying to “podgadit” wherever possible. So Syria has once again suffered from this despicable aspiration: with respect to this country, and so tormented by “American-style democracy,” a minor dirty trick was committed again.

12 January, the US Treasury Department introduced new sanctions against individuals and organizations collaborating with Syria, as well as the military personnel of the Syrian army and the Organization of technological production, based in Damascus. Washington in its decision relies on false accusations against the Syrian side in applying chemical weapons.

National Security Council spokesman Ned Price hypocritically stated: “The continuing barbaric attacks of the regime demonstrate its readiness to defy the fundamental principles of human decency, its international obligations and the well-established norms of international law."(The very words that fully relate to the policy of the United States). He called on all states, including Russia, to support such actions against Syria. So what can be expected from the “lame ducks” of the next anti-Russian “cracking” - it’s clear that Moscow will not heed such calls.

You can, of course, completely ignore the actions of those who - unlike the hated Bashar Al-Assad - will have to leave their posts. Like, they still leave. But in Washington there are a lot of those who will influence the course of the new leadership on the Syrian issue. And it will not be so easy to get rid of new political speculations on the topic of the Syrian chemical weapons, which, it would seem, was closed in 2014 year ...

Meanwhile, the Syrian "opposition" is throwing another topic to harass official Damascus. But this is already prohibitive impudence.

В previous article I wrote about the current dire state of drinking water in Damascus. This problem arose as a result of the fact that the terrorists who seized the area of ​​Wadi Barad first poisoned the water and then disabled the water supply. Unfortunately, already twice during this time, the militants broke the agreement on a local truce, although such a truce would put an end to the water blockade of the capital.

But now the “oppositionists” accuse the fact that the residents of Damascus were left without water, ... the Syrian government. Thus, the Turkish agency Anadolu, citing a certain “lawyer” Fuat Abu Khattab (allegedly a representative of a human rights organization), claimed that this “Assad regime” specifically attacked the Wadi Barad district to destroy the water supply system. As if there were no “opposition” militants dancing on the rubble of the Ain al-Fiji waterworks blown up by them. Another "oppositionist" who transformed his motherland, former UAR Prime Minister Riyad Hijab, wrote a letter to the UN, in which he also accused Damascus of the water blockade ... Damascus himself.

It is not surprising if soon other media outlets, opposed to Syria and participating in the information war against it, pick up these inconceivable accusations and start once again screaming about a humanitarian catastrophe, blaming the injured party.

The “moderate opposition” in the province of Damascus, which left millions of people without water, acts in sync with the “Islamic State of Iraq and the Levant” (an organization banned in the Russian Federation). The first "fighters against the regime" damaged the water supply system and disrupt all agreements, without allowing it to be repaired. And the second - they staged an explosion at the gas distribution station "Haiyan" located near Palmyra. And, although the ГИLYLOIDS captured this explosion on video, there may be people willing to blame the government even for this. Otherwise, you have to admit the truth - The “opposition” arranged for the people of the country “democracy” without water and gas. This is a real war crime in which not only terrorists are guilty, but also the forces that support them.

It is difficult to expect about the “global community” and the condemnation of the next terrorist attack in Damascus, which occurred on the evening of January 12. A powerful suicide bombing exploded in the Kafr Sousse area near the sports club building. According to the data to date, 10 people died, seven were injured.

Against this background, Israel is also striving to strike at the suffering country, knowing that there will be no "otvetki". On the night of January 13, Damascus received reports of an airfield bombing in the metropolitan area of ​​Mezze. The antisyrian terror continues ...