January 15 2017
43
11 January 1957, the Soviet government decided to build an Angara facility among forests and northern marshes near the Plesetskaya station of the Arkhangelsk Region. It was conceived as a test missile test site and at the same time a base for the first P-7 ICBMs (SS-6 Sapol). Now it is the northernmost spaceport Plesetsk. 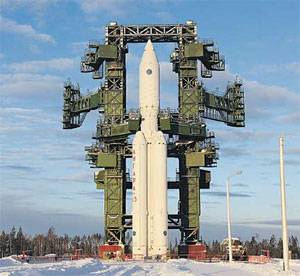 His история It began with the creation in this place of a division of combat intercontinental ballistic missiles R-7. The chosen place met all the requirements of the military: impassable taiga and constant low clouds facilitated the masking of the strategic object. And most importantly - the minimum distance to the territories of the likely enemy.

The birth of the "Angara" in the midst of the Cold War took place in the shadow of the Baikonur cosmodrome and had the status of state secrets. The formation of the facility as an ICBM division was completed by the end of 1958. And already in January, the first missile system with the P-1960 called Lesobaza was put on duty on 7.

For the Soviet people, all this was really a secret; they only spoke openly about the connection of the “sevens” in the Arkhangelsk forests in the 90-s. But the Americans knew about the object from the 60-x, when the first space launches were made from here. The paradox of Soviet times and in part, perhaps, of the present, that the likely adversary knows more about us than our military. I do not want to develop this topic, but I know what I'm saying.

A little-known fact: “Lesobaza” played its role in the most intense period of the Caribbean crisis - at a critical moment the launch complex kept a nuclear-powered missile ready. Americans probably knew about it.

Having undergone changes in development, the Angara object turned into a test site, later transformed into the 1 th state test space center. From 1970 to the beginning of 90's, he held the lead in the number of launches into orbit. And now it provides a part of Russian space programs related to defense, as well as national economic and commercial launches of unmanned vehicles.

Over the years of 60 rapid development, of course, not everything went smoothly in such a matter as rocket testing. Incidents have happened, unfortunately, with the death of people. The biggest occurred 18 March 1980 of the year while refueling the rocket. The explosion of fuel took 48 lives.

Today, the northernmost cosmodrome consists of six centers associated with the testing of various rocket complexes. After the introduction of the Eastern Plesetsk will retain the functions of the main military cosmodrome of the country, in other words - back to basics.