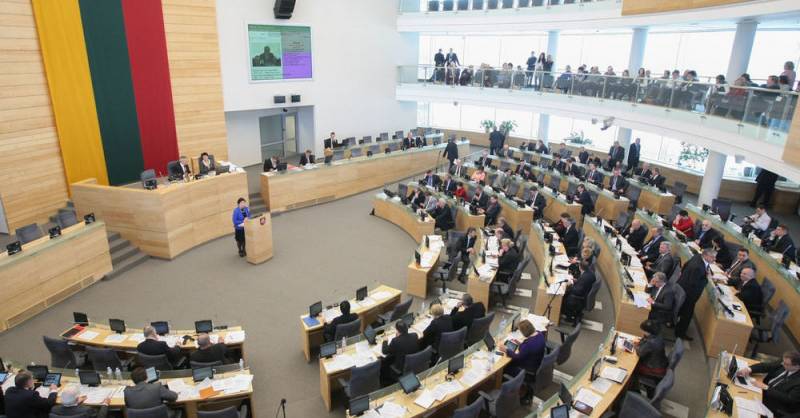 Linas Linkevicius, Minister of Foreign Affairs of the Republic of Lithuania, commented on the statement of Russian Ambassador Alexander Udaltsov that the establishment of relations between the two countries should be based on contacts between deputies. According to Linkiavicius, such a dialogue should be “principled”.

Earlier, the Russian ambassador announced the creation of a commission on inter-parliamentary relations with Lithuania in the State Duma, the purpose of which would be to establish the necessary conditions for creating a favorable atmosphere in the interests of mutual cooperation.

Udaltsov noted that at present Russian-Lithuanian relations are not in the best condition, and that it is the legislative bodies of the two countries that could reverse the current negative trend. According to him, Moscow is interested in Vilnius as a stable and reliable partner.

In this regard, the reaction of the Lithuanian side is of particular interest as a model of oratory of diplomats. Linas Linkyavichyus outwardly positively assessed the prospects for communication among parliamentarians, especially since a similar group on relations with Russia has already been established in the Lithuanian Sejm. He also noted that any dialogue between the two countries should be “principled”, which implies negotiating not from “defense positions”.

It is difficult to unambiguously answer the question of what exactly is behind these words. It would seem that the practice of international relations shows that the constructive proposal of one side is followed by discussion, exchange of views, agreement and the achievement of consensus. Accordingly, in this case, if the political leadership of Lithuania is really interested in establishing good-neighborly relations, it would be logical for him to go forward and independently initiate a meeting of representatives of the parliaments of the two states.

However, so far the Lithuanian authorities have not noted any real steps aimed at building confidence with the eastern neighbor. On the contrary, instead of trying to become a bridge between Brussels and Moscow and pursue a balanced policy towards all neighbors, local leaders clearly and unequivocally emphasize their commitment to the values ​​of transatlantism, despite the damage that this one-sidedness has already caused the country's economy.

Thus, the Lithuanian Prime Minister Saulius Skvernyalis announced the introduction of universal conscription into the armed forces as the goal of the current government. Of course, the Ministry of Defense should take appropriate preparations for the creation of the necessary infrastructure and support system. Military construction in a country that is not as advanced as it is in social and economic development will inevitably lead to an increase in the burden on the budget and, as a result, new expenditures will fall on the taxpayers.

It remains to hope that the initiatives of parliamentarians will be able to be implemented despite the current tense situation, and economic calculations will prevail over the desire of the leadership of the Republic of Lithuania to show with all its might that solidarity with the West is more important for it than the welfare of its own state.