Against Putin and Russian vodka

January 12 2017
28
Mr. Obama can destroy the world in just a few days. The duck suddenly ceased to limp. Ah, Obama would have one more term, he would have shown it to the Russians! .. 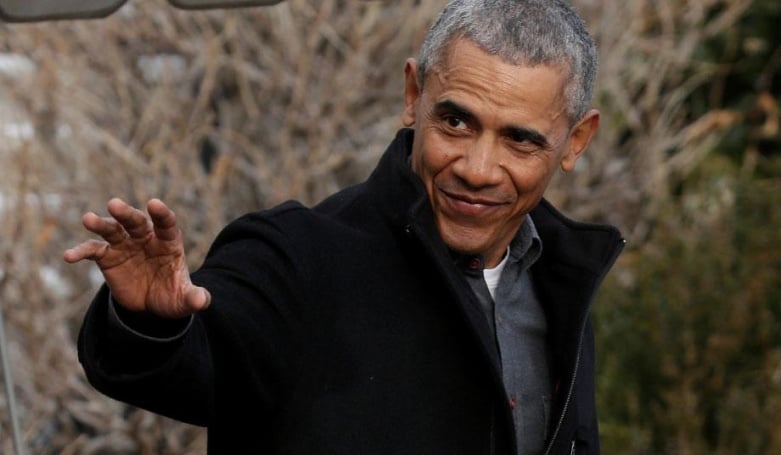 Strange, but Barack Obama doesn’t seem to be ready to transfer the high post to his successor. There are other things that need to be done, if not completed, then at least. It seems that Mr. President is preparing "touched" changer. And from this touched the changer will not be so easy to give up.

Obama, apparently, finds himself so invincible and wise that he does not hesitate to plan a policy that Trump has to adhere to. On the other hand, unlike Trump, he knows what he is doing: eight years of struggling with congressmen have borne fruit. Trump has yet to learn what to go against lawmakers.

Let's see what Mr. BH Obama has done so sharp and salty lately, pursuing the anti-Russian line, now fully endorsed by the senators.

Item 1. At the end of last year, the US Treasury Department imposed sanctions on several Russian departments (FSB, GRU, Special Technology Center, etc.) and individuals (GRU head, Igor Korobov, and others, as well as A. Belan and E. Bogachev with nicknames Abyrvalg and Lastik). "Punishment" was associated with the "interference" of Russia in the American elections. Recall the elections were held on November 8 2016.

Item 2. At the same time, the State Department sent thirty-five Russian diplomats from the United States and locked two summer cottages to the castle. Diplomats were expelled with the following wording: for "activities incompatible with their status." This is the wording of the State Department; Obama himself explicitly calls the ousted "scouts." As for the cottages, at the end of the year, the “places to rest” in New York and Maryland were locked up. Both holiday homes belong to the Russian Federation. The reason for the closure is the same: Mr. Obama believes that these embassy dachas were used to gather intelligence data.

What did Putin do in response? First, he said that Russia would not expel American diplomats; secondly, congratulated Barack Obama and his family on the upcoming New Year.

Item 3. The US Congress, which has been blowing in the same tune with Obama in recent months, on the eve of the New Year proposed “even more” sanctions against Russia.

The network has a formidable statement by a member of the House of Representatives, Adam Schiff (Democrat). He said that the congressmen of both leading American parties (both Republican and Democratic) are in unison in favor of the introduction of new sanctions against Moscow. “More needs to be done — this is how we think,” said this militant Mr. All previous measures do not seem to Schiff "sufficiently deterrent."

He also explained to the public who will play the duo of the first violins in the sanction orchestra. These are the famous senators John McCain and Lindsay Graham. Their new task is to work out a “more powerful package of sanctions” against Russia.

Item 4. In early January, a declassified fragment of the National Intelligence Director’s report was published on the Internet, based on the “intelligence” of the three giants of American espionage (NSA, FBI, CIA) and on the promotion of the RT television channel and the interference in the election of Russian hackers under the personal command of the many-faced Putin. .

The National Intelligence Report states that the “Russian cyber intrusions” had the task of hacking the “computers of election commissions”. It is reported that the "special services" from Russia poked their nose in the American electoral process since the beginning of 2014. Interestingly, the Department of Homeland Security has a special opinion here: the equipment that the Russian intelligence service allegedly managed to open was not counted in the counting of votes in the elections.

The document accuses of conducting operations against US elections for the GRU. Scouts from the United States believe that the Russian began their cyber attacks back in March. For its purposes, the GRU hired a man under the nickname Guccifer 2.0. Putin allegedly "personally" ordered a hacker campaign and roll out candidate Hillary Clinton in feathers.

There is no concrete evidence in the report fragment. Not a single one. All “information” is submitted by the US National Intelligence Director as a common opinion: “probably,” “we believe,” “with a high degree of probability,” and so on.

With such an evidence base every novice journalist in the United States can safely consider himself a scout.

Item 5. Appeared on television by the US Secretary of Defense. On NBC, he made a number of interesting statements. According to him, the Russians create a "threat" for the United States, since they are involved in cyber interference in the elections. This kind of activity the Head of the Pentagon called "an aggressive act against the essence of our democracy." No evidence of intervention, he also did not lead. (And why, right ... anyway, to retire.)

At the same time, Mr. Carter approved the New Year sanctions imposed on the Obama administration against Moscow. The White House’s new administration, Carter, urged to deal with Moscow sternly and even hinted at the possibility of a “military response” to the Russians: “I think we should not limit ourselves ...” However, the chief would prefer to refrain from a “purely military” response: “I don’t think that this should be a military or purely military response. "

Point 6. Hundreds arrived in the German port city of Bremerhaven tanks and other military equipment from the United States. The cargo went to Poland, later it was relocated to the Baltic republics. Other German media outlets wrote about the future "war with Russia."

In total, about 2,8 thousand units of military equipment arrived in Bremerhaven from the USA. In addition to tanks and trucks, four states (USA, Canada, Great Britain and Germany) will house about four thousand troops in the Baltic republics.

By the way, not all Germans welcome this American equipment and soldiers. Protests took place in Bremerhaven: the leftist forces of Germany are outraged and believe that the federal government is participating in the NATO march against Russia.

As for the American explanations of this process, then everything is unique. Delivery of technology to Europe - part of the old plan of Obama, which is implemented after the "annexation of the Crimea." Strengthening the fraternal countries of American technology and military personnel speaks about the execution of the debt to NATO allies. At least, this is what Major General Timothy McGuire, commander of US land forces in Europe, believes. According to him, the transfer of forces "signals the preservation of the US commitment to the goal of peace and prosperity of the European continent." This is another message to Trump.

Item 7. Wise B.H. Obama spoke on ABC and said in an interview that he “did not underestimate” Vladimir Putin. He also explained that he “fully supports” the report of his intelligence officers on Russian cyber interference in the elections, since he saw “some sources”.

Item 8. The head of the FBI, James Komi, said that "Russian hackers" attacked more than one Democratic Party. The attack was undertaken against the computer resources of the National Republican Committee.

It is curious that Mr. Komi stressed at the same time that there is no data on the influence of “Russian cyberattacks” on the campaign of Donald Trump.

Item 9 and last. Understandably, the Americans could not do without this point in the Cold War. If they had bypassed this point, it would mean a radical break of stereotypes.

Mr. Woodburn believes that it is necessary to create a bipartisan commission, which will receive authority to ban the sale of Russian vodka (Russian vodka). “Attacking” forty degrees, Woodburn referred to the notorious cyber attacks, namely “Russian intervention in our democracy.”

Maria Zakharova, the official representative of the Russian Foreign Ministry, spoke out on Facebook about the tireless American initiatives of 11 in January.

“I read every day news from Washington: new sanctions against Russia, delivery of MANPADS to Syrian thugs, completely senseless, but harmful actions in all areas of foreign policy. God created the world in seven days. The Obama administration has two days more to destroy it ", - quotes Zakharov RIA News".

We see the classic cold war, which is conducted in all directions: from declaring endless and ever more tortuous sanctions and expulsion of diplomats to attempts to ban Russian vodka in the US and impose a new arms race on Europe, portraying Russia as a “threat” and “aggressor” - as a peace-loving guard of "international order".

Donald Trump has no choice but to accept the imposed order: the congressmen approved the US financial expenditures to ensure the security of the European allies for the year ahead, and Trump's alleged secretary of state, who is to be approved by the senators, hurried to sign up for Moscow’s political opponents . This man said that Russia "ignores" the interests of the United States and intervenes in the situation in Europe "and beyond." Moscow seeks to earn "respect" on the world stage, but its recent actions "ignore American interests." In this regard, Tillerson made it clear to Putin that the United States would be true to its obligations to the allies and declared that Russia "should be held accountable for its actions."

In short, Obama has a reason to drink a bottle of honey beer (not Russian vodka, God forbid). He can drink for the fact that Trump, not yet becoming president, is already continuing the foreign policy line of the previous ruler. Probably, Mr. Obama will write about this in his memoirs.