Falling questions of US strategic aviation 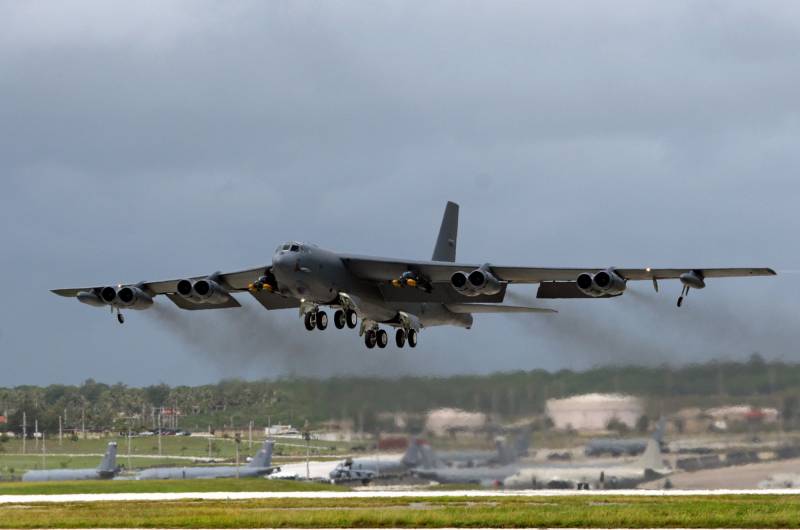 New Year's holidays brought the original news from the states. January 4 B-52 strategic bomber lost its engine during a flight. The engine fell off and fell to the ground, scattering fragments no worse than a high-explosive air bomb from the bomber’s arsenal. It is good that no one (according to press statements) was hurt, and the crew was able to bring the plane to the base and land. Fortunately, the presence of seven more engines allowed it.

As they say in Russia, “a neighbor’s summer house burned out - a trifle, but nice. If soberly approach the problems of the American strategic aviation, then there are aspects that are pleasant for us, as for potential "customers",.

The problem of replacing В-52 is not the first day, or even the first year. Bomber so many times have extended the life, it is really surprising. Well, is it really the greatest country with the most presamous army and industry unable to develop a new aircraft?

Apparently, can not. Meanwhile, the end of operation of the B-52 is scheduled for 2040 year. The US Department of Defense believes that by this time the bomber of the new generation B-21, created by Northrop Grumman, will arrive.

In the meantime, the court case, In-52 continue their difficult (in the truest sense of the word) service. Pending.

Moreover, after this accident, in contrast to the practice used in our aviation, no one even talks about a ban on B-52 flights. U.S. Aviation Minister Deborah James stated that “this is just an ordinary engine failure.” Investigations and flight stoppages will not ...

Wow, "the usual failure," can say understand the essence of the problem. When an airplane engine begins to pretend to be an aerial bomb, it is still not entirely normal.

But as they say, these are not our problems.

Yes, we have enough problems too. And, by the way, when discussing the problems of B-52 depreciation, very often, some “experts” draw parallels and analogies with our Tu-95. 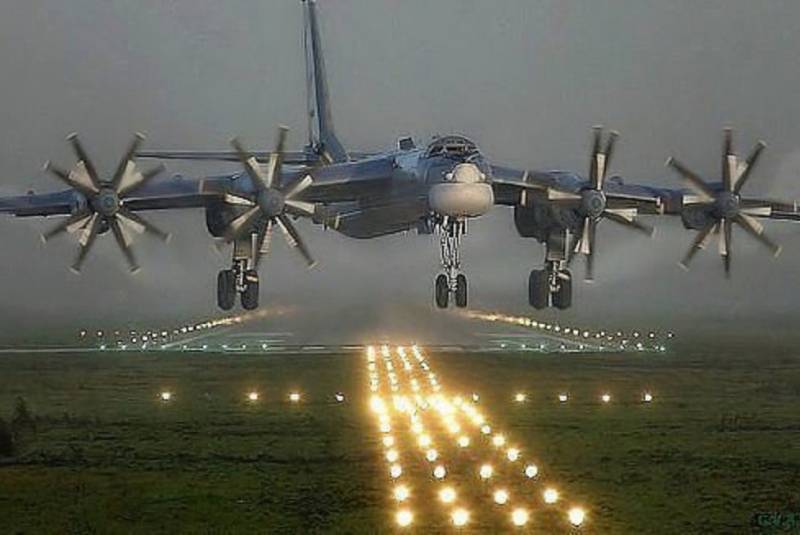 But alas, “it’s not all that simple.” The Tu-95MS standing on duty today is not the aircraft that can be compared with the B-52. Still, it was developed at the end of the 70 of the last century, and production began with the 1985 year.

And those "carcass", which were the same age B-52, for a long time or museum exhibits, or written off and dismantled. Fact. All 66 Bears standing on armament are one of the hundreds of Tu-95MS that were issued. And in no way can you equate them with B-52, since they are younger than Boeing at least at 20 years.

Americans know how to conceal their defeats in ways that we never dreamed of. It is impossible to say exactly how much B-52 was lost for reasons of accidents and failures, there is information that more than a hundred, that is, every seventh. This is not counting the downed ones, on which our fighter pilots also worked very fruitfully at one time.

Meanwhile, it turns out that the youngest “strategist” of US aviation this year will be 55. The term, however, is comparable to a ship. And even then, not every ship or vessel can boast such longevity. Nevertheless, creak, but serve.

But purely fatigue phenomena is an indisputable fact today. System failures, fires, short circuits in wiring are the norm for veteran aircraft. True, the destruction of either the attachment system, or the engine nacelle itself is something new. And indicative.

Yes, two words about engines. Engines for the B-52 are also a problem. Pratt & Whitney has long ceased production. And when the need arose, it turned out that today the company was not able to start production again. The drawings, it turns out, were destroyed by a fire in the archive back in 1996.

An attempt was even made to adapt the engines from Boeing-52 to B-747. It did not work, the plane took off, it took off, but there was no one who wanted to accomplish such a feat for the second time.

Of course, there is some stock of motors in warehouses, in conservation. And on flightless aircraft. It is clear that they serve as donors. The question of whether they are enough for the 2040 year is open.

The future of US strategic aviation today looks somewhat hazy. Considering that its combat readiness is based on 66 B-52, you can be happy, because there is nothing good in this. For the USA.

If the “old men” start to pour in (and they start, nobody will cancel physics even for the US Department of Defense) due to the design fatigue, then they will be removed from service. And what will remain? 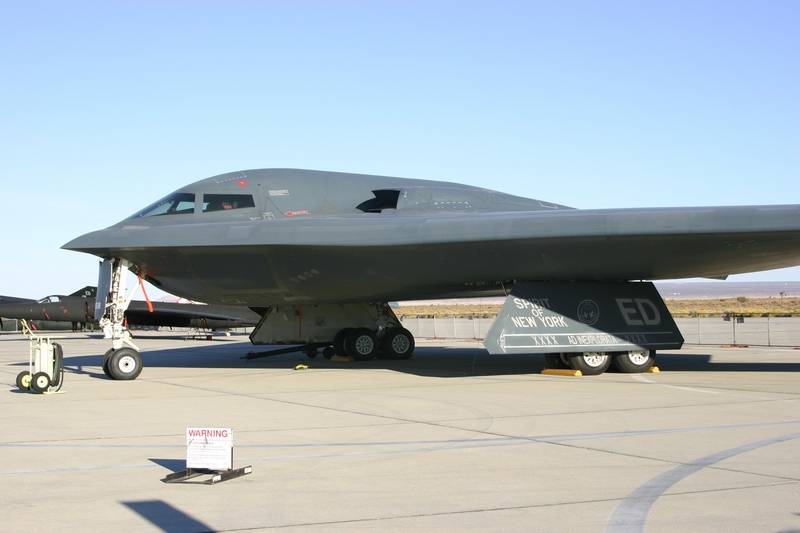 And there will be two dozen B-2 "Spirit". Everything. Some might argue that the United States has a B-63B "Lancer" 1 aircraft. Sorry, I do not agree. Still, the B-1B is more of a tactical bomber, not adapted today for the use of nuclear ammunition. And it is appropriate to compare it with the Tu-22M3, as it seems to me. 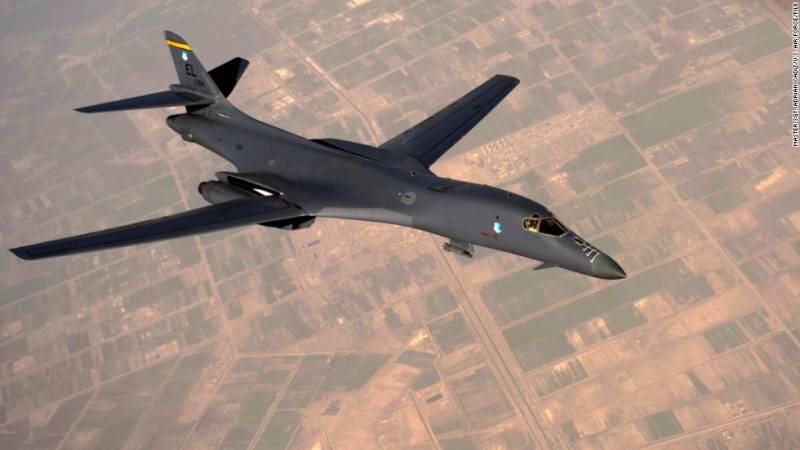 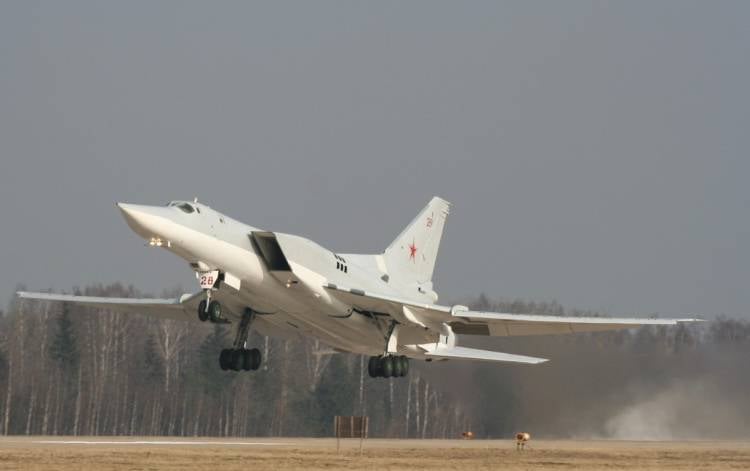 The prospect of creating a B-21 is also not entirely clear. Its development is at the initial stage. Only in 2016, the developer was finally approved - Northrop Grumman. And immediately the scandals went, the initiator of many of them became all of us beloved Senator John McCain.

The hawk senator attacked the company with a mountain of accusations of greed and non-patriotism. After that, the budget seriously cut.

It is hard to say whether the B-21 creation program is expected to create an “inexpensive and beautiful aircraft in every respect”. Passions do not cease today.

“Independent experts” (strangely, but for some reason the US Air Force Command agrees with them) believe that the concept of a bomber was incorrectly chosen. And what to get 180 aircraft, and it is so much planned, on the cheap will not work. By the way, the question of cheapness is also important. Now its estimated price for one B-21 is 560 million dollars. But, as practice shows, it will subsequently rise again. 146%.

So the question of whether the hypothetical B-21 is really really cheap and beautiful is also open.

In general, it seems that the Americans intend to once again step on the same rake. I'm talking about the “cheap” F-35 fighter project, which is not so cheap, and not a very fighter. So far, it looks more like a budget fighter and a suitcase without a handle. But about the fighters, the conversation is special.

And yourself? And what about yourself? By the way, everything is not so sad here. You can even enjoy it.

Such a dead zone, as in the United States, is not noticed. Yes, our 66 Tu-95MS will serve another fifteen decades. And, I note, only come close to the threshold of the record B-52. But here, thanks to something there, the archives were not burning and the engines were regularly released. 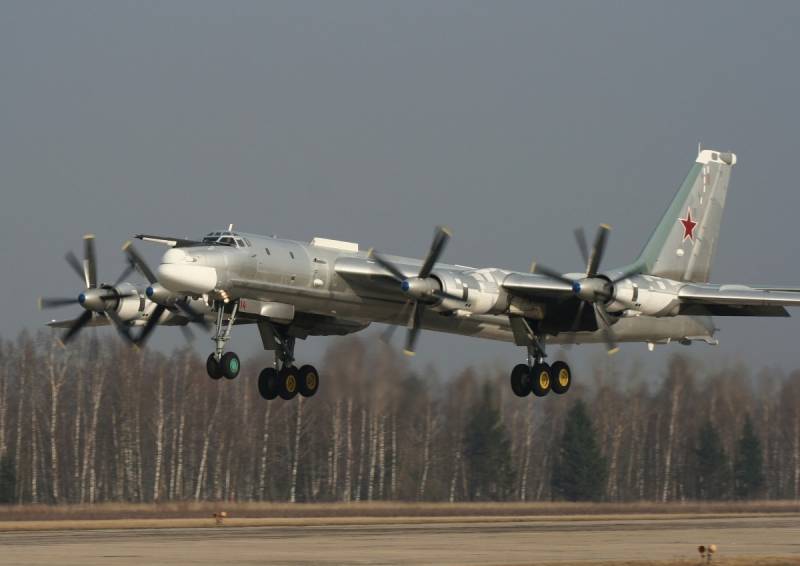 And we really have what the States don't have. 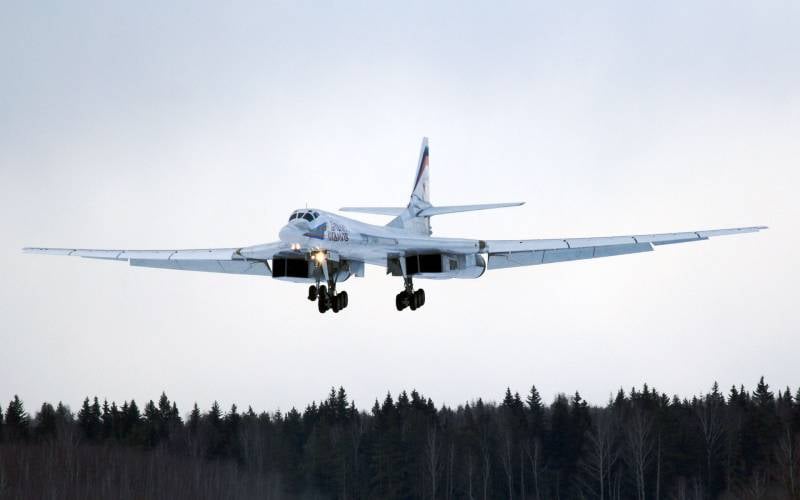 Any doubts? Someone may be. But there is exactly the highlight that can spoil the American pie. Both Tu-95MS and Tu-160, firstly, have not been in operation for 55 years, and, secondly, we have everything we need for these tasks. A matter of time and money.

Yes, we have questions in the field of strategic long-range aviation. But they stand, not fall. And the prospect, I think, is more real.

And please note, I did not say a word about the development of PAK DA. Considering that Grumman is only starting to work on the creation of B-21, our work in this direction seems to be comparable.