January 10 2017
75
People's Deputy of the Verkhovna Rada of Ukraine Nadezhda Savchenko decided to step over the tabs of the SBU and published lists of Ukrainian prisoners in the territory of the people's republics of Donbass. Before the publication of tables with data on prisoners of war and missing persons, yesterday’s “caretaker” pardoned by Vladimir Putin, now turned into an anti-hero in Ukraine, issued an extensive text, the translation of which “VO” presents to the attention of readers: 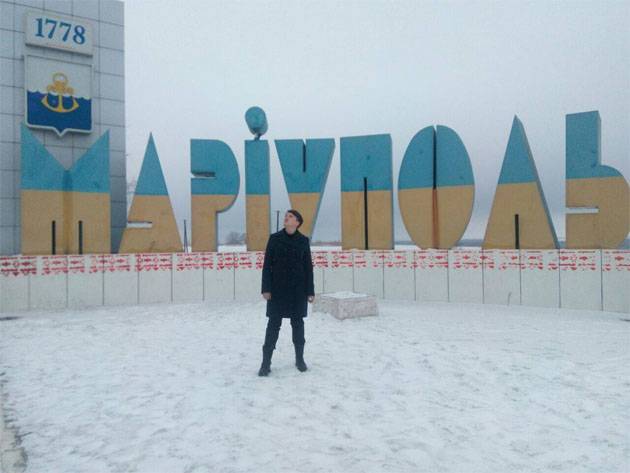 Why is it necessary to publish lists of prisoners of war and missing people?

And in order to be able to find them!

My liberation process was public, my sister was not afraid to spit on the president and the authorities so that they would do something, and only in this way could I be free!

Now, how is the exchange "all for all". No need to invent anything new. The classical method of exchange in three stages has shown itself well in many countries of the world during wars.

Stage one: exchange is carried out according to lists, which each side confirms from its side of the prisoners held.
Stage two: of those who remained on the lists, are being searched for in hidden prisons and cellars, on one and the other side, all prisoners who survived.
Stage three: all those who could not be found are recognized dead or missing.

After that, work begins on the search for graves, exhumation, identification and reburial of the dead. And this difficult moment the authorities will have to explain to the relatives of those whom they sent to die.

Now pay attention to the lists.

We have two categories of exchange.

The first category is our prisoners of war who are in the territory of Donetsk and Lugansk regions of Ukraine occupied by Russia. The Ukrainian side is requesting 129 people. The opposite side confirms the person's 42. 494 is still wanted missing. They are proportional to the exchange for prisoners in Ukraine according to lists that are invited by representatives of the territories occupied by Russia from the Donetsk and Lugansk regions of Ukraine. From the DNR in the lists of people 524, and from the LC of the 377 people. The part of people from these lists, the Ukrainian side also confirms approximately 256.

In such a scenario, there is the first stage of the exchange of confirmed people from both sides - this is 42 to 256.

The second exchange category is Ukrainian political prisoners held in Russian prisons and in the Russian-occupied Crimea. Their current 44 person. In Ukraine, there are also Russian citizens in prisons who are serving sentences for crimes committed against the territorial integrity of Ukraine and against the Ukrainian people in the period from 2014 to 2016. Their current 102 person.

There is a first stage of the exchange for the second category "all for all" - this is 44 to 102.

What did you do it for? And in order to hide the presence of Russian troops on the territory of Ukraine by passing them off as separatists and in order to barter them, on the sly, without giving away Ukrainian political prisoners from Russia and occupied, Russia, the Crimea!

Could not notice it the official negotiators from Kiev and the Ukrainian special services? Maybe they could? That is why I propose replacing those Minsk negotiators with fresh, more professional ones who are tired and who will give results! But the special services could not be so wrong !? For it is already necessary to be completely lazy to work, or simply not to have professional staff! Therefore, if we believe that our services honestly protect us, then the question is: how do those exchanges take place for three years ?! Blindly! Or do they close their eyes only to the Ukrainian people, and behind closed doors do their arrangements go? ..

The last example of the transfer by the Ukrainian side unilaterally, with the ingenious ideas and generosity of President Poroshenko, showed the opposite side of 15 that a woman with the call sign “Sahara” was betrayed, for which in time “terrorists” were ready to give our three military guys from 40 battalion "Kryvbas", then the Ukrainian government did not find it possible to give the woman, but now gave it "of free will"!

Knowing our in power, I have little faith in their altruism and sincerity ...

There may be inaccuracies on these lists, in which we have gathered everyone for nine months after my return. Who could exchange so that no one knew who may not be accurate or not complete data ...

Therefore, I appeal to all people who are not indifferent to someone else's grief, let's find our guys together. If you have any information or you have found yourself or your relatives, acquaintances, in these lists and you no longer need, or on the contrary, you need help, then write me on fb. Only together fighting for everyone, we can win!

People must return from captivity alive! It's time to end the war! 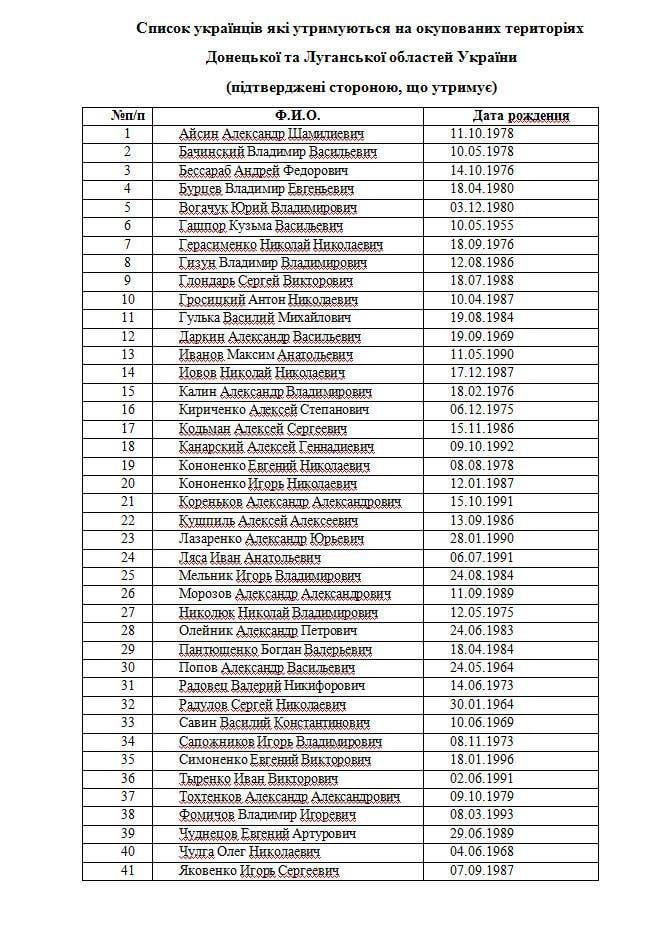 A full list of Ukrainian prisoners and missing persons Savchenko, convicted by a Russian court for involvement in the murder of two Russian journalists, publishes on his Facebook page.