January 9 2017
38
The Joint Committee of the Chiefs of Staffs (an analogue of the General Staff) of the armed forces (self-defense forces) of Japan reports that today (January 9) several fighters of the Air Force of the Land of the Rising Sun have been lifted into the air. The official Tokyo went to such actions due to the fact that “eight Chinese military aircraft made a flight over the Sea of ​​Japan”. 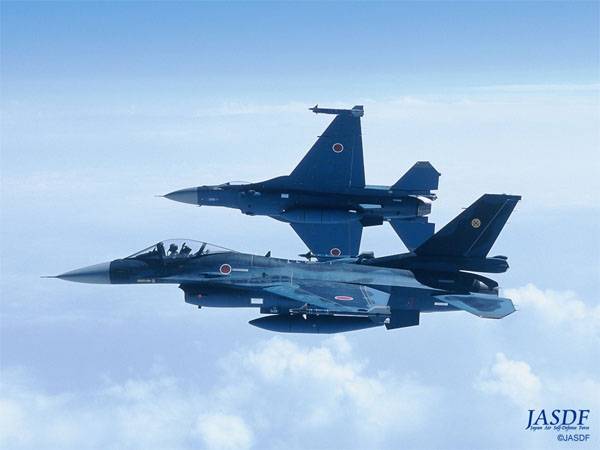 It should be noted that this is already the second Japanese-Chinese skirmish on the "air" issue for the month. A few days before the end of last year, the Japanese interceptors, having approached the military aircraft of the Chinese Air Force, shot off the heat traps. Beijing called the actions of the Japanese military pilots "excessively dangerous and provocative."