Project "ZZ". Soloist and chorus: one fool and many paranoids

January 9 2017
31
Barack Obama rejected the opinion of those analysts who say about his underestimation of Vladimir Putin. In his tone, the head of the Pentagon said that the Russians were creating a "threat" to the United States, and the Americans, responding to Moscow, "should not limit themselves." The outgoing Obama team is doing everything to aggravate US relations with Russia. Endorses the Russophobic democratic "lame duck" and Republican Senator McCain, who declared that any opponent of anti-Russian views in the United States is a "liar." Elected President Donald Trump had no choice but to say that only “fools” could spoil relations with the Russians. 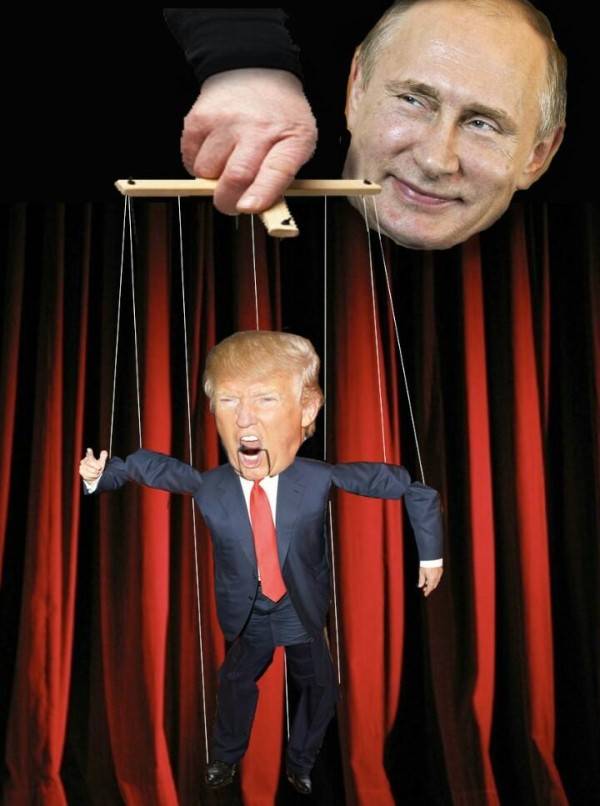 The president of the United States, who has only a week and a half to “steer” the United States, said that he correctly assessed his political opponent, Vladimir Putin. He reported this in an interview ABC Newswhen he talked about the sensational report of American intelligence officers who allegedly proved Moscow’s intervention by Russia in the November US elections.

Obama fully shares the findings of his scouts and is deeply convinced of "interfering" in the election of Russian hackers and Putin himself, who commanded the hacker burglary. Obviously, he always correctly assessed the personality of Putin. True, something the American president in Putin still looked through, namely the influence of “disinformation and hacking” on the advanced American “open society”.

To say otherwise, note Obama could not: if he had said that he estimated the activities and abilities of the Russian leader one hundred percent true, he would have sinned against logic. Who then missed the “hacker intervention”, as a result of which the unfortunate democrats in the person of Hillary lost the election? (However, Hillary, they say, has a chance to reign in one large American city, becoming the mayor there. Probably, this city will become the first American city where the authorities will completely block access to Putin’s e-hand.)

Recall declassified fragment of the report of the Director of National Intelligence, based on the data of three giants of espionage (NSA, FBI and CIA), was published recently on the site DNI ( link to PDF file). Of course, no clear evidence is given in this wordy document. Experts have shown themselves not to be the virtuosos of disclosures, but masters of boredom the reader. Moreover, the text focuses not on hackers and their “interference”, but on the “RT” TV channel.

As for the hacker attacks, it is only stated that the “Russian cyber intrusions” were aimed at the “computers of election commissions”. Moscow was interested in the election process at different levels (cities and states) and got access to “many election commissions”. It is also indicated that the “special services” from the Russian Federation put their nose into the American electoral process long ago, from the beginning of 2014 of the year. True, the Department of Internal Security immediately emphasizes that the equipment that the “Russian intelligence” was able to open was not involved in the vote count.

The only specifics in the report concern the “probable” conduct of an operation against US elections by the Russian GRU. US scouts think the Russians launched attacks last March. By order of the GRU, the mailboxes of the functionaries of the Democratic Party were hacked. Gru hired a man named Guccifer 2.0 for his purposes.

What was the purpose of all this cunning Russian? It turns out that Putin allegedly "personally" ordered a hacker campaign and slaughtered Hillary Clinton with mud. Trump was to sit on the throne in the White House.

All of this “information” is submitted by the Director of the US National Intelligence Service not as something proven, but as an opinion: “probably”, “we believe”, “with a high degree of probability”, etc.

The special sanctions announced on Obama’s New Year’s Eve against Russia, however, are not “intended”, but quite real.

In short, everything that Obama and his spies imagines becomes itself true. The Russians are declared to be bad people attacking the US cybersystem under the authority of the wrong Gru, or Putin himself.

Not only Obama, but one of his first subordinates, Defense Minister Ash Carter, knows everything about Russians and Putin.

Defense Secretary Ash Carter made interesting statements on Sunday on NBC. Pentagon Head in Transmission "Meeting with the press" He said that the Russians create a "threat" for America, because they are involved in cyber interference in the elections. The last defense minister dubbed "an aggressive act against the essence of our democracy." 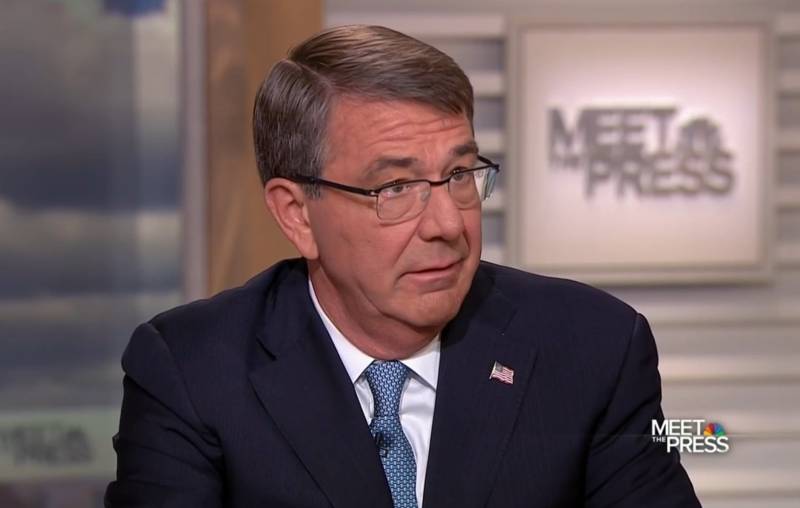 Carter approved the sanctions imposed on Moscow by the Obama administration in response to hacker attacks. He noted in an interview that further actions will depend on the decisions of the new administration and congressmen.

John McCain, the well-known Republican and “friend” of Russia (in his own words) did not say anything either. Some of his statements appeared on the pages of the publication. "The Nation"warning readers about the danger of Russophobia.

The article by Patrick Lawrence notes that there is a high risk of open conflict between nuclear powers (the US and Russia). Types like Senator McCain add fuel to the fire. This mister, who loves to let the meaningful fog in, said the other day that those who oppose the domination of anti-Russian views in the United States are “lying”.

Mr. McCain rushes into battle along with American intelligence officers: he is ready to create a special committee and open senate hearings on the report of the Director of National Intelligence (see above).

The line under all these statements summed up Donald Trump. And this is no accident: it is he who will have to disentangle all the Russophobic porridge that Obama has “brewed” the peacemaker.

Trump tweeted: “Having a good relationship with Russia is a good thing, not a bad thing. Only "stupid" people, or fools, would think that it is bad! ”This means that“ good relations with Russia ”are good, and not at all bad. "Only" stupid "[quotes in the original] people or fools might think that this is bad!" - concluded the billionaire.

Who Trump means by "fools" means, without comment. The central "stupid" man is obvious, which the elected president hints at.

P. Laurence mentioned this message to the plural, characterizing in “The Nation” the roots of the current Russophobia in the United States as the same ones of which the American anti-Soviet sprouted during the Cold War era.

According to the analyst, the attacks of Russophobia, which are subject to paranoid types in the United States, are a kind of “anti-Soviet paranoia” that developed among American politicians in the 1950-s. and the beginning of 1960's, right up to the Caribbean crisis.

Thus, let us add that a certain “fool” from the White House, who does not need any arguments or evidence to implement an aggressive foreign policy, is followed by a whole horde of paranoids led by demoniac McCain, who has declared everyone who does not share anti-Russian views to be liars.

No matter how hard Mr. McCain might have argued at one time, Mr. Obama is now completely on his side and is dudit with him in one tune. In the same tune dudit and Mr. Carter, fearlessly using the word "war" in an interview about Russia.