January 6 2017
64
Information is confirmed on the reduction of Russia's military presence in Syria, including the naval presence in the eastern part of the Mediterranean. TV channel REN With reference to the General Staff of the Armed Forces of the Russian Federation reports that in the near future, the composition of the naval naval group will leave the aircraft carrying cruiser Admiral Kuznetsov and the missile cruiser Peter the Great. 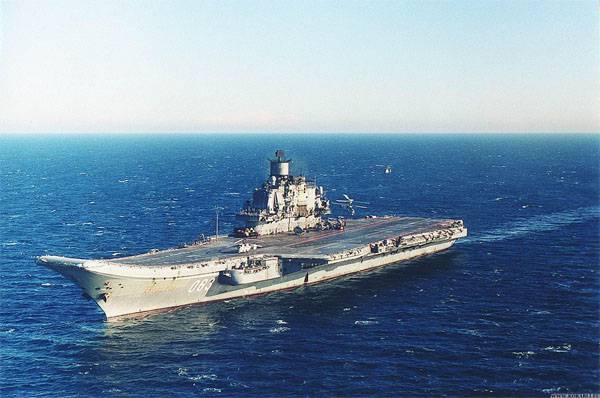 An aircraft carrier group led by Admiral Kuznetsov has been performing tasks off the coast of Syria since last fall. The first combat sorties of airplanes with strikes against terrorist groups in Syria from the aircraft-carrying cruiser were carried out on November 15. In total, about 420 sorties were carried out, during which more than 1200 objects of terrorist groups of the IG and the Front al-Nusra were hit (banned in Russia).

During combat duty, unfortunately, not without incidents involving the loss of aircraft wing aircraft. So, November 14, after performing a training flight, the carrier-based MiG-29K fighter fell into the sea, and December 5 - Su-33. In both of these cases, the pilots remained alive. The investigation into the causes of the crash continues.