And again about the "28 Panfilov" 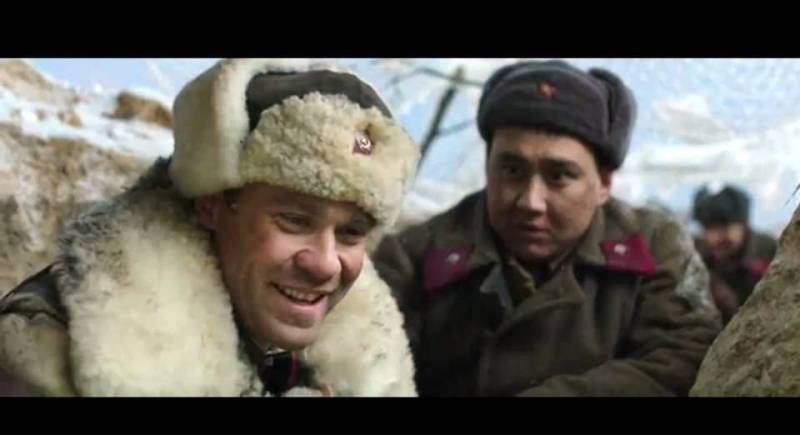 The first thought I had when the captions went (with the cities in front of each last name - a great "trick", bravo) - all directors who made films / series about the Second World War of the last 10 years - should go, and quietly, without attracting everyone's attention, hang in the toilet! Well, maybe, excluding N. Lebedev (Star), M. Ptashuk (In August 44) and A. Kott (Brest Fortress). 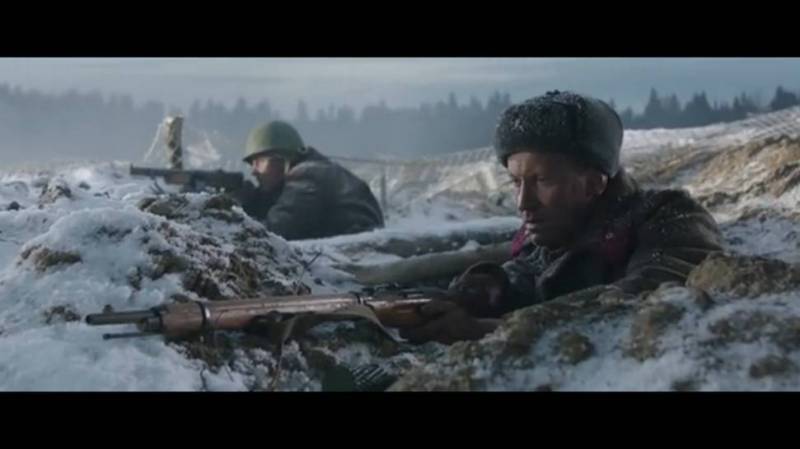 Later, when the “WOW effect” passed a little, and the brain acquired the ability to perceive reality more adequately - I began to seek out all sorts of roughness, and even nastiness. 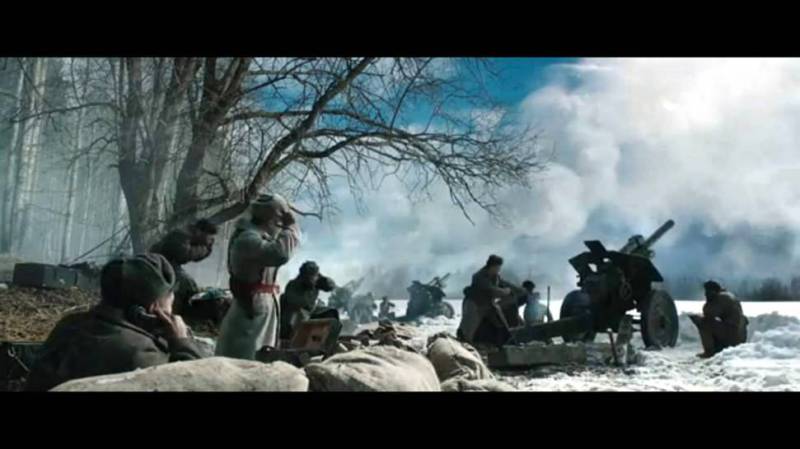 Let's start with the minuses (of which there are many).

Firstly - the general fun, ukharskaya zabalagurenost heroes! They are all constantly joking, sypyut bikes, jokes and all sorts of tales, as if every second is Vasily Terkin, and every third is a corporal Svyatkin. By the way, many people found a similarity of the film with “Aty-bata, there were soldiers” and “Hot snow” - in a good way, and this is a plus for the film.

But we are now about cons.

So - they always joke around - whether it is staying in the village before the battle, or in the frozen trench under the fire of German howitzers, or even worse, when two dozen Panzer men and a chain of German infantry crawls in 500 meters. 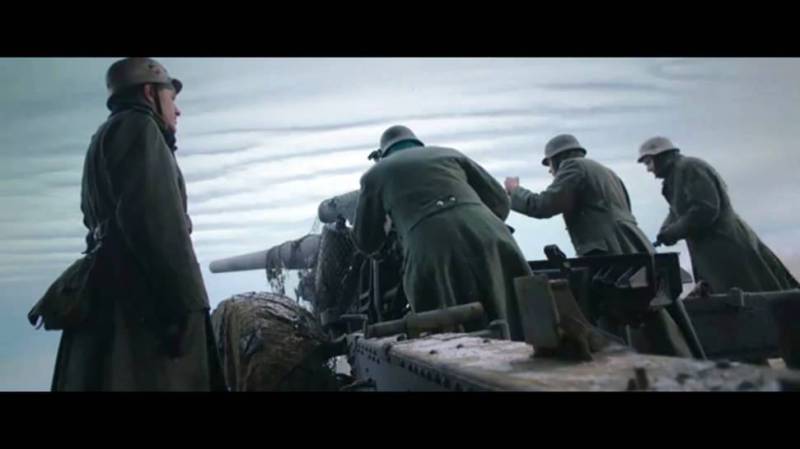 And it is already clear that they are suicide bombers, and “there are four steps to death” - but no, we are still talking about a bitch.
At first, it somehow slipped, but by the end of the film it became frankly straining!
Although, we must pay tribute to the writers - the five phrases from the film will definitely go to the people, it really hurts! 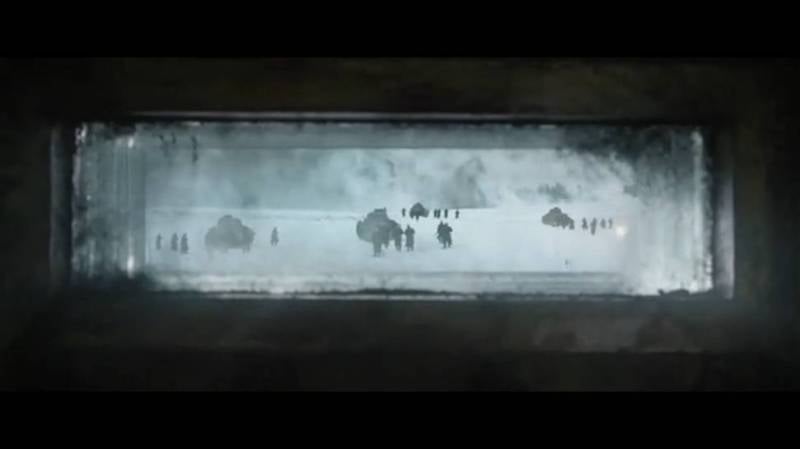 Secondly - it’s nice, of course, to finally see adequate time and place of action Tanks Enemies - such as they MUST be, and not those hordes of freaks who have been wandering around our cinema / television screens lately. However, either the budget was not enough, or the “draftsman” faked it, or the editor spoiled it, but some enemy boxes look very drawn, or even cardboard-plywood (especially in the background). 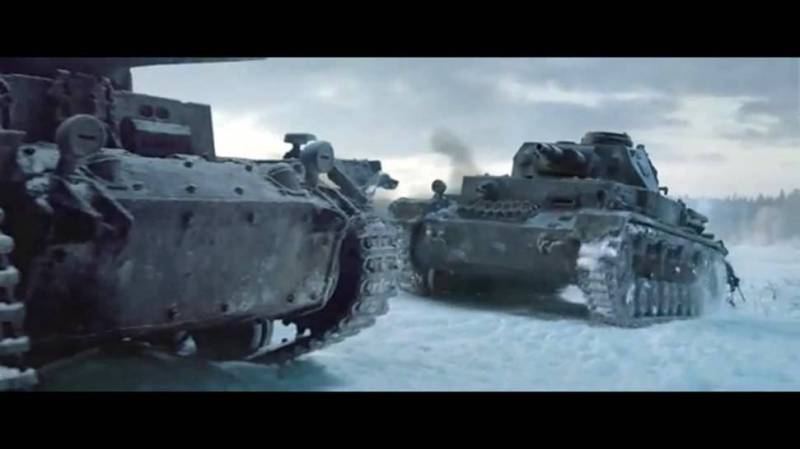 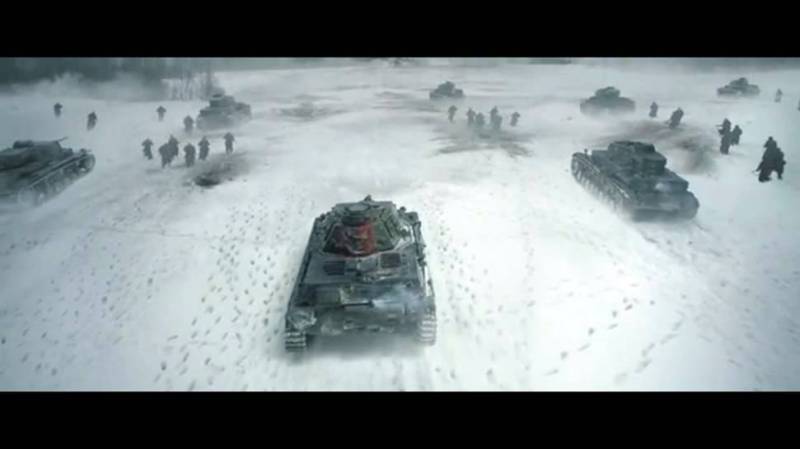 Thirdly, the impersonality of the heroes, the closeness of the individual on the general plane. Maybe this is good, maybe this is the director's idea, but I don’t like it ... I don’t look for anyone. Klochkov was remembered right away, the Kazakhs, and even a couple of characters, the armored riders, and that was that. And when they were all bloated / polluted during the battle, it was not at all clear who was who. 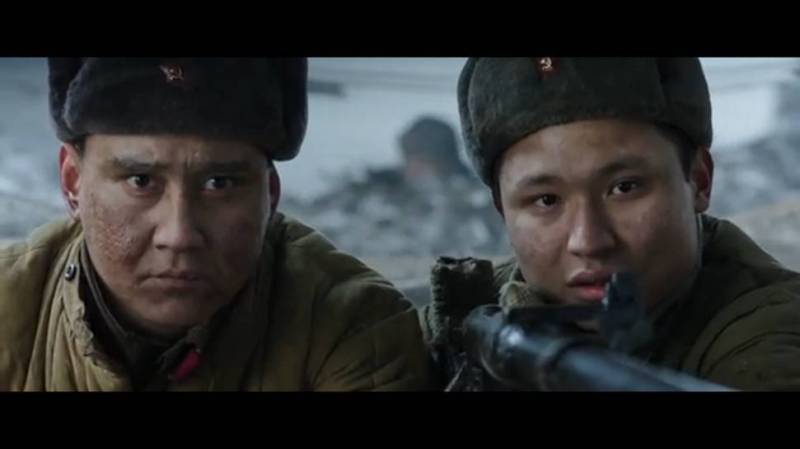 Fourthly - only the lazy of critics did not mention this - stories about “Seven Samurai” / “The Magnificent Seven” (a remake of Akira Kurosawa) / ”300 Spartans” ... Well, why? To understand the modern audience? To draw parallels? Well, the nonsense is complete ... and it looks completely organic.

In this sense, the trenching legend of 14 grenades, abandoned by the Germans in the dugout, where there was one of the current Panfilov members, fell to me much more. But he threw them back ... and remained alive ... and does not like to talk about it ... and the grenade, in fact, was only five ... 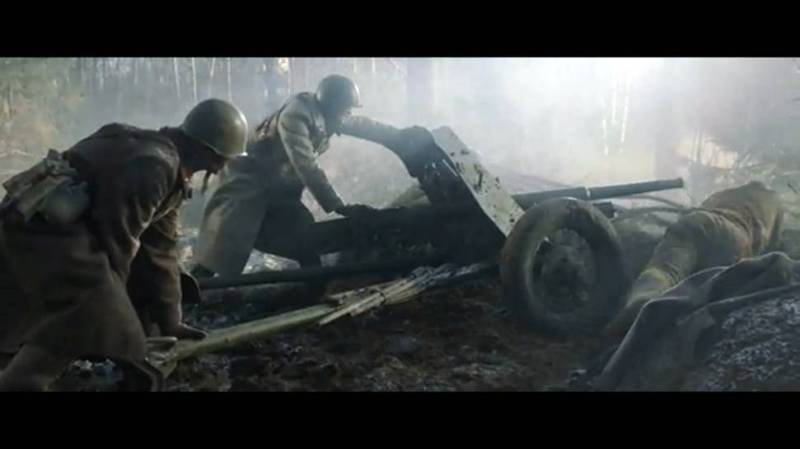 Fifth, authentic treshki is, of course, good. But was the park of the attackers so monotonous? We should look at the composition of the Panzervaffe operating in that area - wasn’t there really been a single “Deuce”, Pz-38 ??? 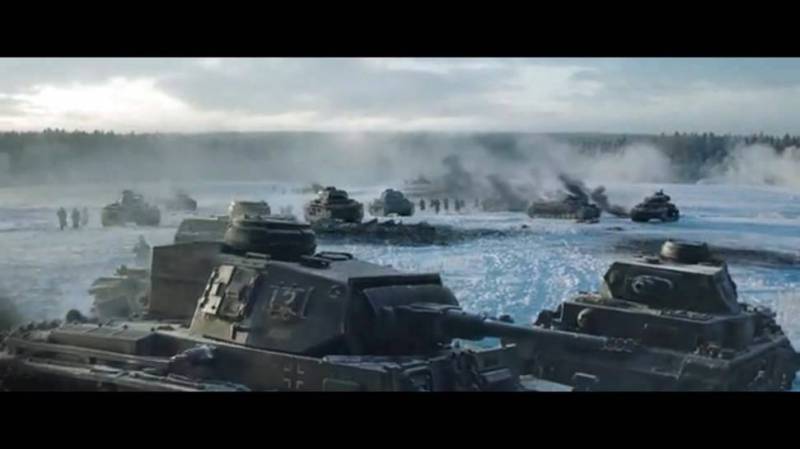 Now let's talk about the pros.

And again on the tanks ... Despite some rough edges - not bad, very good! And the scale of the battle is present, and vrazhin are burning as it should and where necessary. And how does the caterpillar fly off from the forty-armor-piercing armor-piercing? Well this holiday some! And close-ups of the Pancer are, in general, pleasing to the eye. 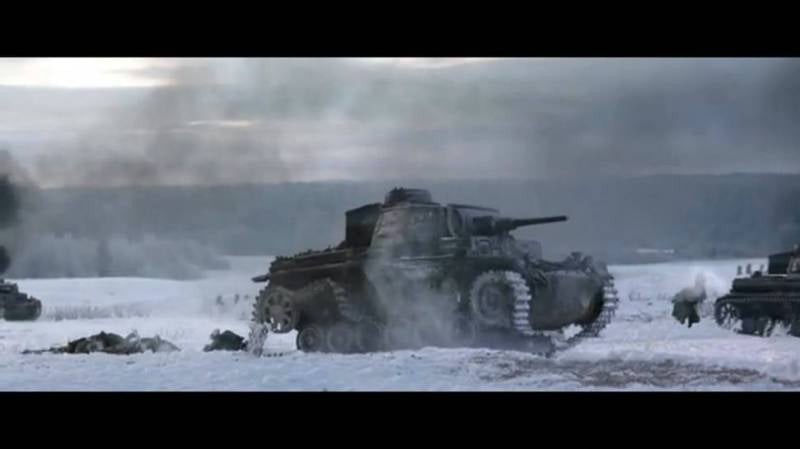 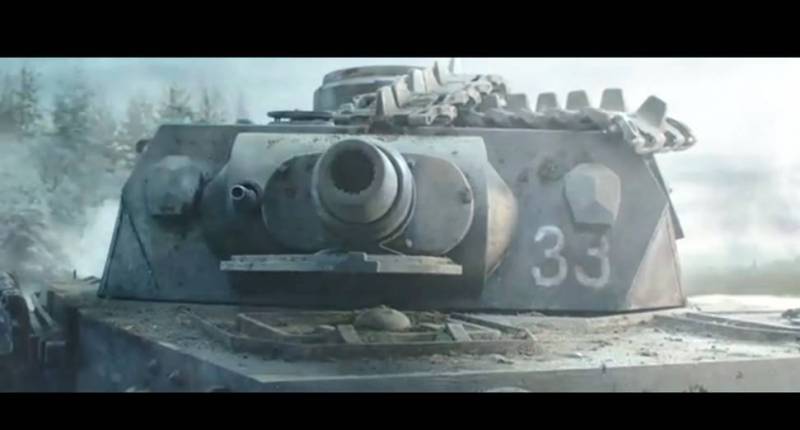 Lack of media characters! There are practically no faces exposed in the movie / body bodyagas, and the main characters delight with a well-chosen type and adequate game. Definitely a plus creators! 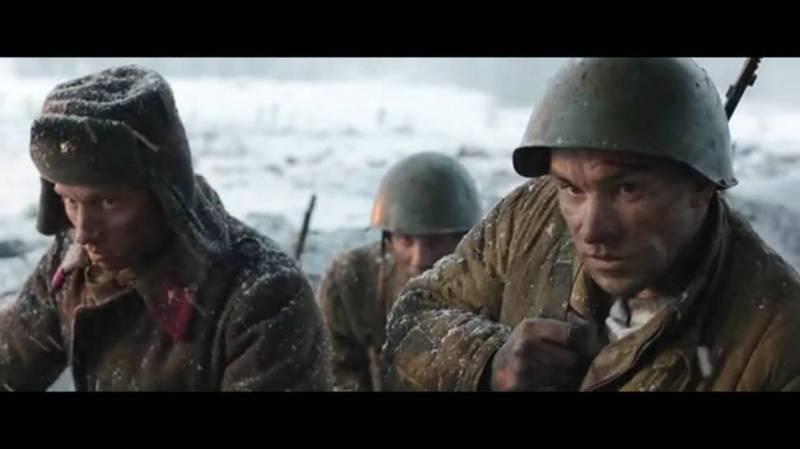 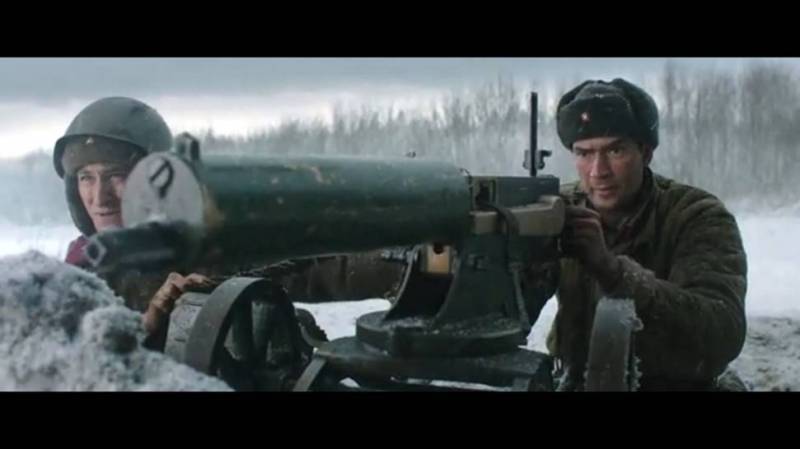 Lack of pathos / globality. Everything, in general, is quite chamber-like, within a couple of kilometers in diameter ... There are no big commanders, the state arms committee, the General Staff, Comrades Stalin and Zhukov. Even Panfilov - and there is none! A sort of "local fights" that saved Moscow ... And I like that! 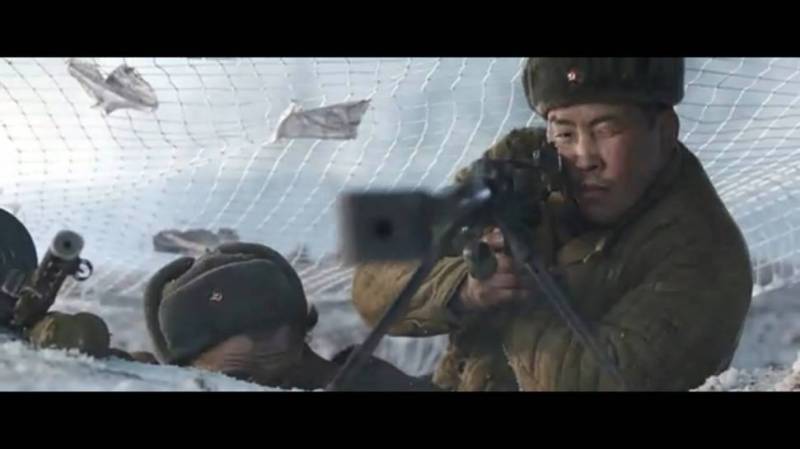 General work with entourage / makeup and fighting scenes. I read somewhere that all the explosions were real, not computer, which the creators are very proud of. I believe! Because they are truly real! Persons / hands, clothes of heroes during the battle, clods of earth falling asleep to a fighter in a trench - I believe! SVT is ... PPD ... 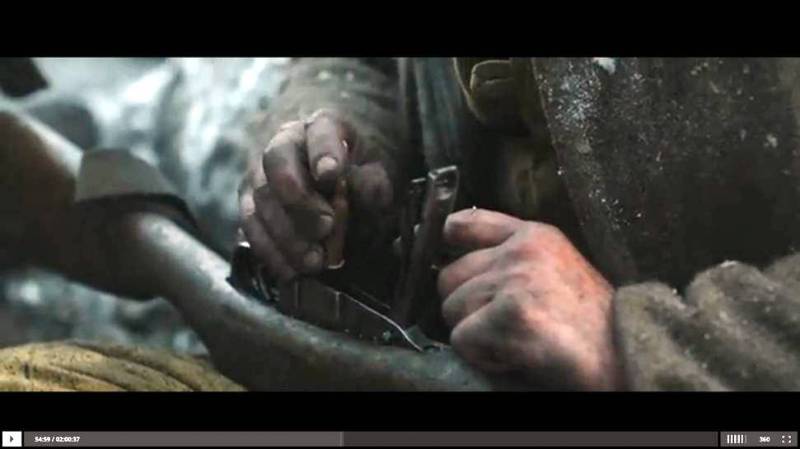 Following the traditions of good Soviet cinema about the war - it has already been noted above. 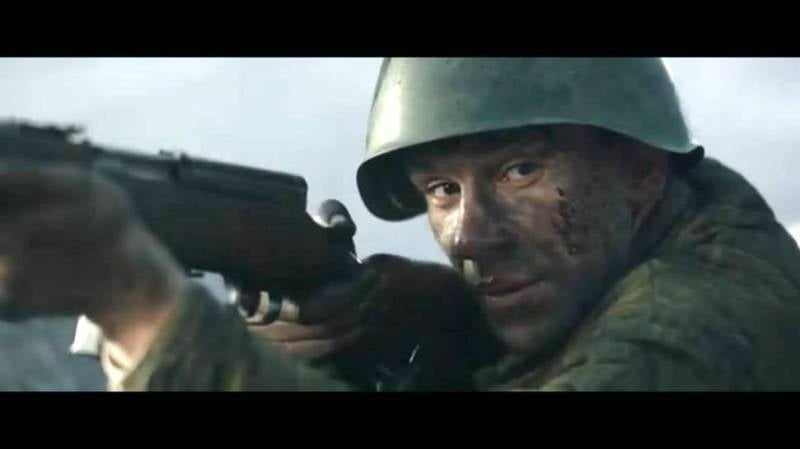 One episode: when already “all the cartridges are over, there are no more grenades”, the fighter finds some piece of iron at the bottom of the trench (he didn’t understand what he found), and, in desperation, throws it into the advancing German chain. There follows the heart-rending cry "Granathen" and the Fritzes lie. This is followed by a close-up of a German in a helmet and “balaclava” (the close-up of the enemy in the film is practically only the eyes). He understands that this is not a grenade at all and gives a signal to rise with his own ...

“Officers”: Alexey Trofimov, who fights in Spain, gets out of a wrecked tank, and, throwing a wounded French brigademan on his back (who the hell is there), firing off, leaves him at the hands of his enemies. In one of the moments, he tears off his boots from the French and hurls them at his pursuers. Franco fallen on the pavement, thinking it was a grenade ... Looks like?

It should be noted "not killed a machine gunner" on the flank. 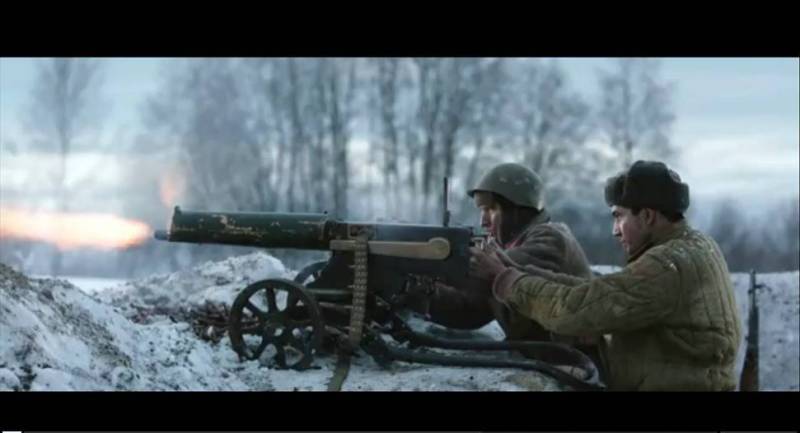 "Maxim" with a smooth casing - where did you last see this? I am in the films about the Civil in 70's. And he also without the usual shield, which adds brutality to his master. It smacks of Hollywood, of course, especially when the five survivors, having joined bayonets, clutching knives, saping and axes in their hands, are waiting for the Germans to go into their “final and decisive battle”, they suddenly see how the foes from the merciless, leaving no one behind alive in the fire of a living "maxim" ... and right before the goosebumps! 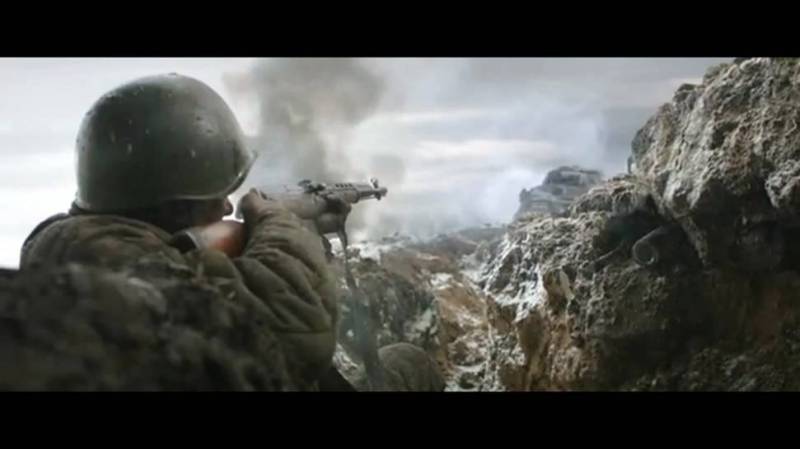 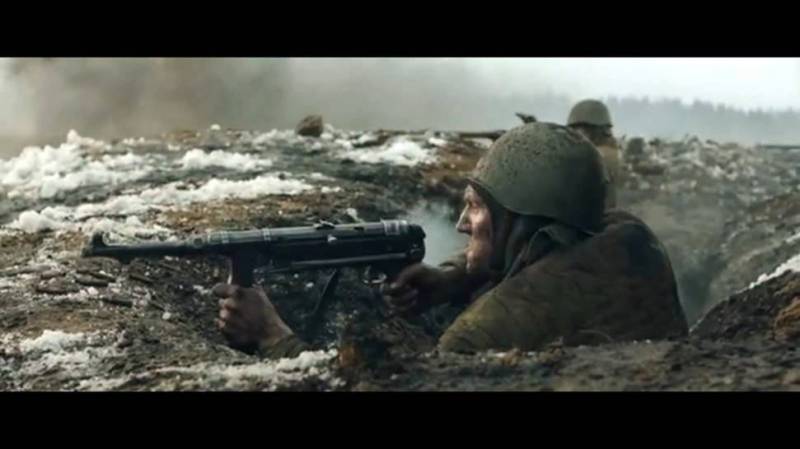 Summarizing: "28 Panfilov" will be in my collection of films that I want to revise again, for example, May 9, or even just like that. 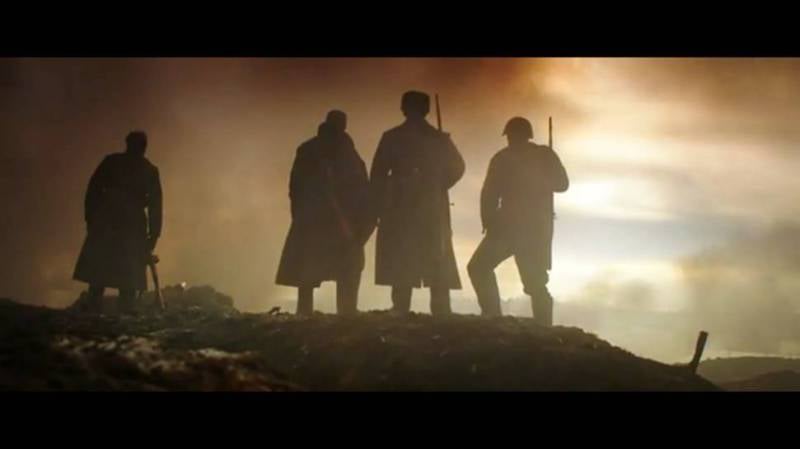 PS All of the above was born within two days, does not claim to be true and is solely the opinion of the author.

Ctrl Enter
Noticed a mistake Highlight text and press. Ctrl + Enter
We are
"28 Panfilov" as 300 SpartansBe sure to watch: folk cinema "28 Panfilov" show Russia the feat of its heroes
259 comments
Information
Dear reader, to leave comments on the publication, you must to register.