January 6 2017
82
In August 1943, bombers from the United States of America conducted Operation Tidal Wave, which is rightfully considered one of the two most unsuccessful strategic campaigns. aviation throughout the Second World War, both in terms of losses and the results achieved. Its goal was the oil industry of Romania in Campina, Ploiesti and Brazil, which gave fuel to Hitler and his European allies. From the Axis countries, fighter aircraft and anti-aircraft guns of Germany, Romania and Bulgaria participated in the battle.

Romania has been considered a major oil-producing state since the 19th century. During the Second World War, it gave, according to some sources, up to 30% of all oil from the Axis countries. The first air raids on Romania began to carry out from the Crimean airfields still Soviet aircraft in June 1941. Among the destroyed or damaged Romanian objects in the reports was the Charles I Bridge and the oil storage facility in Constanta. Such attacks continued for another two months, until a disaster on the fronts made them impossible. 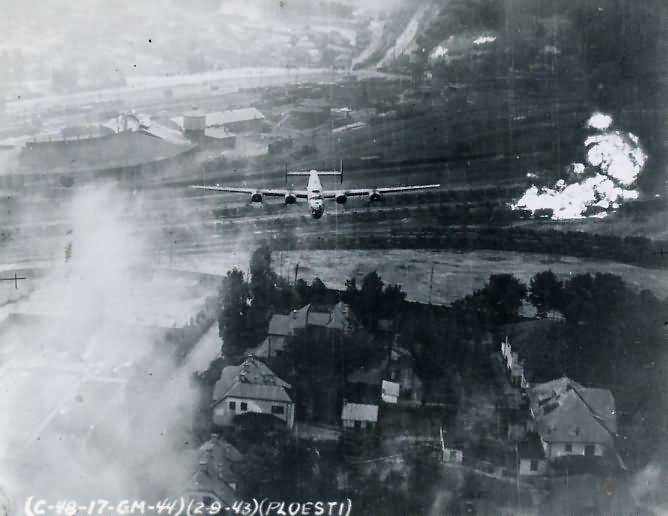 Soon the Anglo-American allies also thought about the destruction of the oil wealth of the Reich. June 13 1942, almost a year after the first Soviet attack, the B-13 Liberator 24 bombers attacked Ploiesti. The main effect of the raid was not damage to industrial facilities, which turned out to be extremely small, but the fact that in Berlin they were seriously concerned about the safety of their source of black gold. Under the leadership of General Alfred Gerstenberg, who headed the Luftwaffe mission in Romania since 1938, one of the most powerful air defense systems in Europe was built in this country. It included hundreds of large and small caliber guns, as well as the 52 fighter Bf-109 and Bf-110 plus a number of Romanian fighters IAR 80. 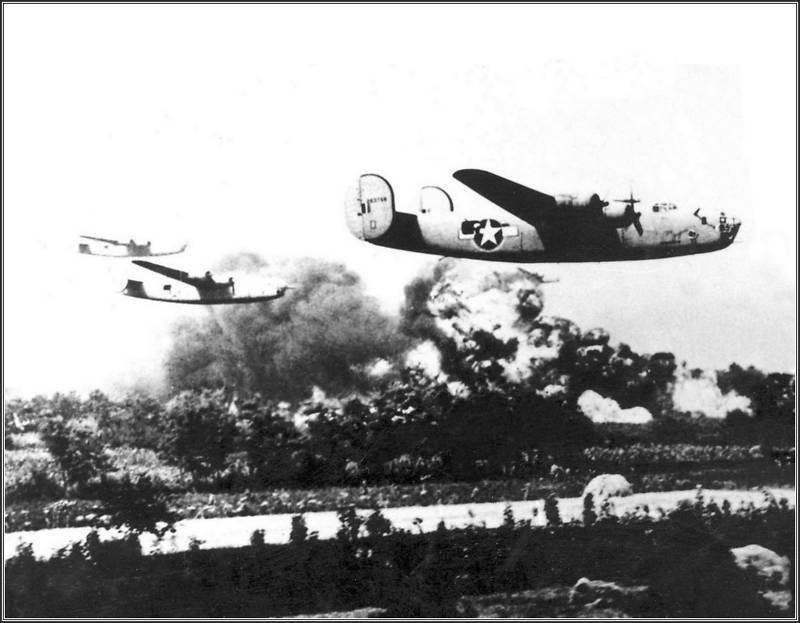 The main burden of the new raid was to be laid on the ninth and eighth US air armies. It was supposed to go to the target at a low altitude, so as not to be detected by German radars. Since we had to start from the Libyan Benghazi, engineers had the problem of increasing the capacity of fuel tanks to 3100 liters by reducing the bomb load. It was supposed to cross the Mediterranean and the Adriatic Sea, pass over the Greek Corfu, Albania and Yugoslavia, while not falling into the reconnaissance stations of the Germans, located in southern Greece. The mission of the American pilots seemed to be frankly suicidal, even for their own command, which fully allowed more than 50% of vehicles to die during the mission. 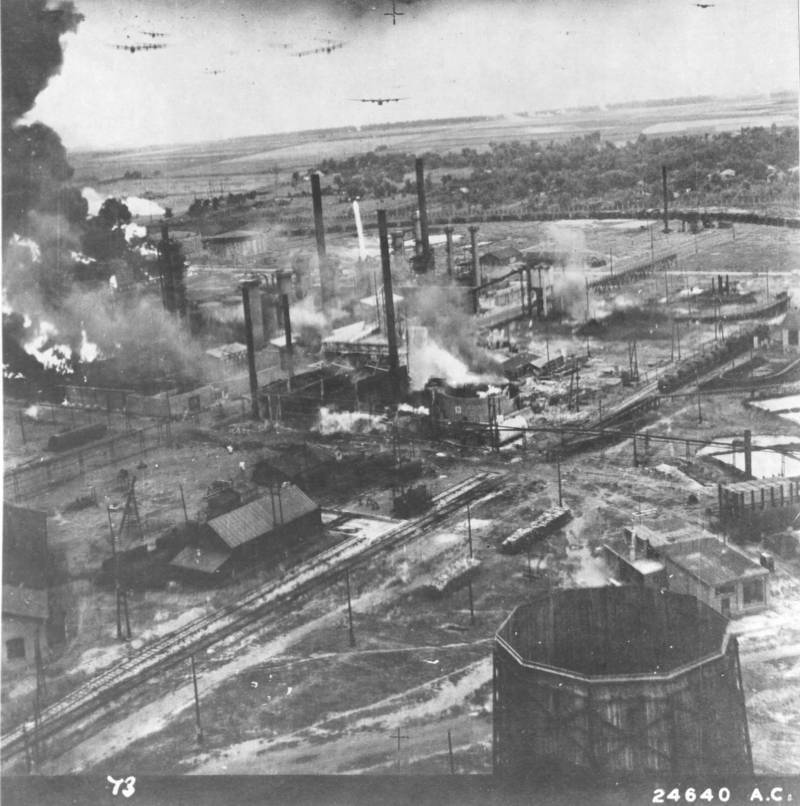 Early in the morning of August 1, 177 bombers took off from Libyan airfields and headed for Romania. Along the way, the Americans were waiting for numerous breakdowns, navigation errors and other non-combat troubles. Nevertheless, the aircraft, for the most part, achieved their goals. Bombs dropped from low altitudes, in an instant turned Romanian oil facilities into a sea of ​​fire. Clouds of fire and smoke climbed hundreds of meters. The distance to the ground was so small that the arrows of the bombers engaged in direct firefights with anti-aircraft gunners. The few photographs of the raid that have come down to our days are quite eloquent. 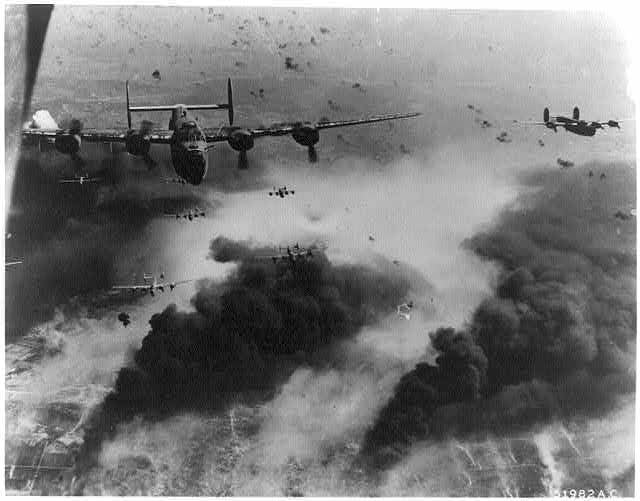 As a result of the raid, the United States lost 53 vehicles and 660 crew members, of which 310 were killed in battle, 108 captured, 78 interned in Turkey, and 4 fell to the Yugoslav partisans. The fate of the cars was also very different. Some of them remained lying on the Romanian fields, a few fell into the Mediterranean, 15 bombers were shot down by the Bulgarian Air Force. 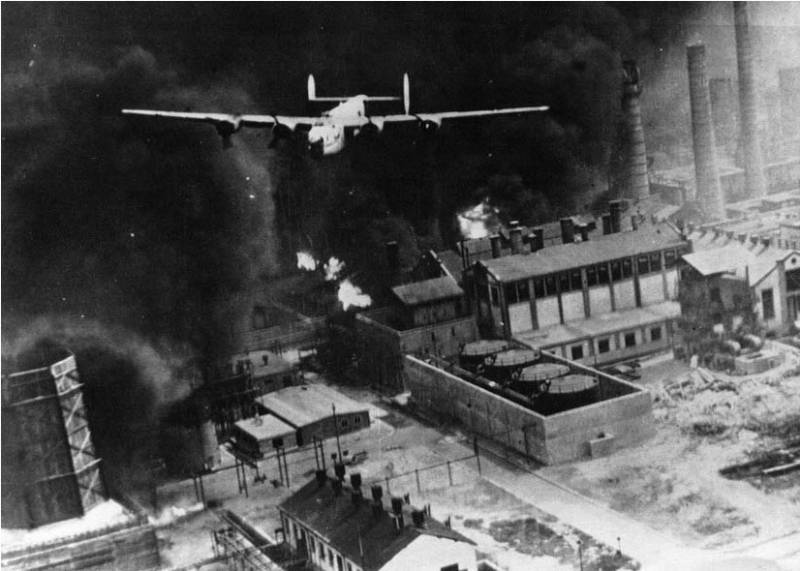 The effect of the bombing was very controversial. Modern historians here differ in their estimates. Some claim that the Romanian oil industry has not recovered from the strike until the end of the war. Others report that after a hastily produced restoration, the yield of raw materials has even increased, which generally casts doubt on the meaning of the raid. 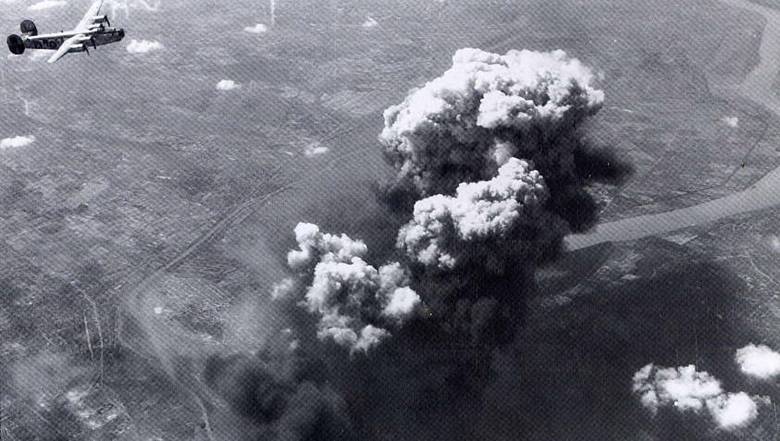 In memory of those events in our day, October 15 2015, the operation “Tidal Wave 2” was also carried out by the Americans against the oil infrastructure, but already as part of the campaign of military and economic isolation of the Islamic State (ISIL) prohibited in Russia. The effect of this raid was also very controversial. As is known, the oil infrastructure of ISIL is successfully functioning to this day.