A robotic complex has been created in Russia to work in the zone of radiation contamination.

December 29 2016
20
The Russian Center for Special Operations of Special Risk EMERCOM received a new robotic complex that can replace a person during the aftermath of accidents at nuclear power plants and chemical plants. 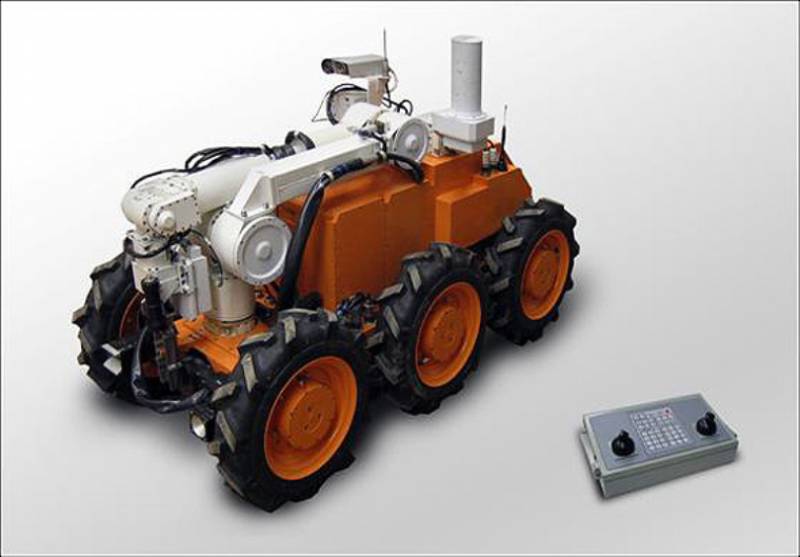 “The new robot is able to function in the zone of radiation contamination both in the autonomous mode, according to the program pre-programmed in it, and under the remote control of the operator,” the message of the Central Research Institute of Robotics and Technical Cybernetics says.

According to the press service, "the robot of the radiation reconnaissance robot (RTS-PP), devices for carrying out technological operations (RTS-TO) and the robot delivery and control system based on the Mercedes-Benz VARIO 815D vehicle" are part of the robotic complex.

The complex is a six-wheeled all-terrain vehicle, 1,4 long and m and weighing about 270 kg. It is reported that “a multi-joint manipulator capable of lifting weights up to 10 kg is installed over the front pair of wheels of the complex”.

The system responds to radiation sources in the energy range from 0,08 to 2,6 MeV. The complex can be controlled remotely via radio (up to 500 m) and cable connection (up to 100 m)