December 29 2016
57
The end of the year is an unequivocal affair and thoroughly familiar in terms of summing up. Including in the Ministry of Defense at neighbors. In the Armed Forces of Ukraine also sum up, publish releases and inquiries about the state of affairs in the army Square.


Why I did not pass by? It's simple. They have already learned to lie there, but alas, no, to use the calculator. Apparently, the calculator is weapon terrible PTUR, because the States and did not put this terrible weapon. And I have, and I seem to be able to use it.

Getting through the interpretations of the official Ukrainian language on the website of the Ministry of Defense of Ukraine, I understood one more thing. It’s not just the way it is written with such words. It is necessary that the mind of the person who wants to penetrate boils, pounded and jammed.

So that what should not enter the brain does not enter.

But something has gone and even left.

I will begin, perhaps, with interesting numbers.

According to the certificate, which the Ministry of Defense of Ukraine bungled, and then distributed by the Office of Public Relations, in 2016, the fighting losses of the Ukrainian army were 211 non-combat man - 256 human.

I apply a terrible calculator, it turns out 467 person. We remember.

The very fact that non-combat losses are higher than combat losses will be discussed later. Now I'm more interested in another figure.

This figure was voiced by Mr. Defense Minister Stepan Poltorak (attention!) 15 this June, delivering a report at NATO Headquarters in Brussels.

So, according to Poltorak, it turns out that the APU from 1 January to 1 June 2016 lost in battles 623 person It is clear that Russia is to blame for everything with its absolutely irresponsible peace plan, and so on.

Who, I'm sorry, lying? Poltorak, who had to show the "face of the goods" in front of the owners, talking about the hardest battles with Russian armored camel Altai divisions, or officials of the Ministry of Defense, who need to save their blood from the nose on payments and compensations?

It is hard to say. Poltorak could and lie. But the fact that the Defense Ministry downplayed - do not drive to the grandmother.

I use the calculator again. The difference is 412 human.

And this, I note, without taking into account the losses under Shyrokyne, is without daily hassles and shelling all along the front line, this is without events on the Svetlodar arc. Damn it, Holmes, how? Necromancy?

I will not speculate, but it is clear that in the second half of the year, the figure for the losses of the Armed Forces of Ukraine could not become less because there were more battles. Of course, maybe she did not. There are no specific figures today. But surely, if the losses were, they could only increase the total figure. But not to reduce.

In any case, a sudden decrease in combat losses. with 623 to 211 the person will remain on the conscience of the Ministry of Defense of Ukraine. Well, since with conscience the leaders of any Ukrainian department have full order, then I think this moment can be closed and proceed to the next one.

The figure in 256 a person talks about several things at once.

For a start, it is worthwhile to consider in general what is behind this concept. If we use the academic definition, then non-combat losses include those who died from non-combat wounds, illnesses, and who committed suicide, who were shot by conviction of a military tribunal.

In Ukraine, we had to take a step further and include such reasons as road accidents and poisonings (including alcoholic ones) from this list.

Even the Ukrainian media are forced to cover what is happening in the army, seemingly leading the war. However, more people are losing as a result of drunkenness, hazing, and fights.

It turns out that a soldier of the Ukrainian Armed Forces has a much better chance of dying not in battle, but being poisoned by vodka or at the hands of his own “combat” comrades.

Everyone is trying to prove to us that “Ukraine and Europe”, and that Russia was not standing next to it in terms of freedoms and prospects. And great! We have already passed these perspectives. And I really do not want to stand next to me. In order not to splash brains of another disappointed in freedoms and prospects.

If in terms of economic development and rampant criminality, Ukraine really plunged into the nineties of the last century, then by the number of non-combat losses, it is even difficult to find a comparison where.

Probably somewhere in the middle of the 19 century, before the invention of antibiotics. And this is in the presence of field hospitals, donated by the States. With seemingly existing staff of military psychologists. In the 21 century, Ukrainian soldiers died, like their colleagues, four hundred years ago. 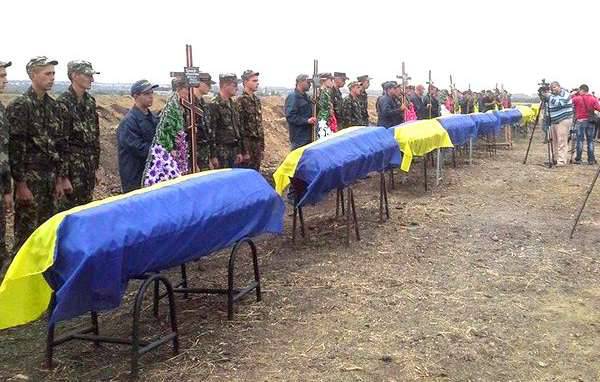 As for frank criminality, which blooms with the terry color in the Armed Forces of Ukraine, so much has already been said about this that I don’t want to repeat myself.

In the same certificate from the Ministry of Defense of Ukraine the losses of equipment are indicated. If you believe the certificate, in the 2016 year, as a result of combat damage, the loss of weapons and military equipment in the Armed Forces of Ukraine is more than 100 units.

This is a battle loss. How much was broken drunk, drowned, burned and incapacitated as a result of lack of preparation of crews and technicians, sold in LDNR, the reference is silent.

And correctly silent. Technique - not people, and it is easier to write off. So if by some miracle to get this information, the numbers would be breathtaking.

But there is one clue in the help.

Over the 2016 year, the Ukrainian army received about 1 thousands of new (modernized) weapons and military equipment, and another 700 units were repaired and returned to the Armed Forces.

Actually, the moment of truth. 700 weapons and equipment units were repaired ... after what? There are no direct indications that these units have been put out of action: the direct hands of the LDNR fighters or the VSUS curves. The fact is that they only repaired and returned 700 units. I wonder how much was thrown out due to the inability to repair? 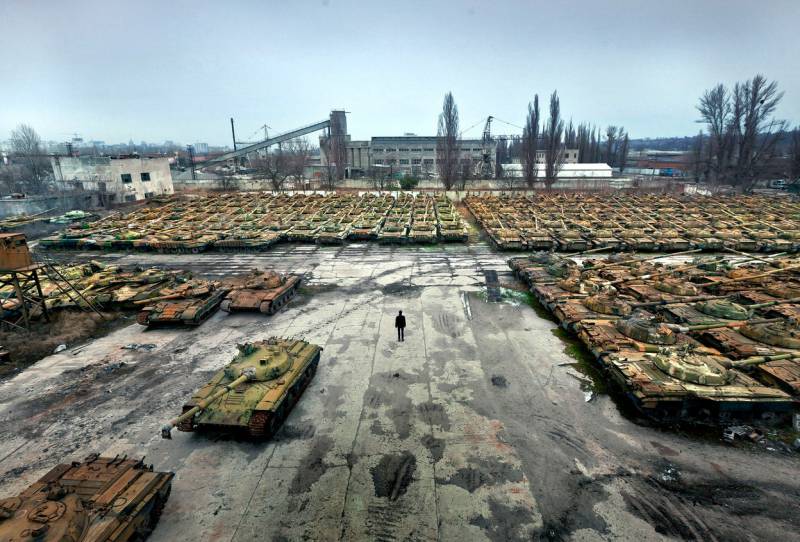 And a few words should be said about the new and “modernized” equipment and weapons.

It is no longer a secret, again, that Ukraine today is completely bankrupt in respect of international contracts for the supply of new weapons. Attention, the question is: where does something new come from in the APU?

It is worth noting that the new for export is the full-fledged dollars today. A new in the APU - it does not understand the hryvnia when. No, of course, there is something new in the Ukrainian army. But it is used definitely not in the ATO area. Avoid, as they say. That did not work out, as with the complexes of counter-battery struggle.

For exhibitions, parades, for spetsura, which just will not break and do not push the militia.

You can, of course, be considered "new and modernized" machine guns "Maxim", which are used by the soldiers of the Armed Forces of Ukraine in the ATO zone. If so, then yes, taken on faith. 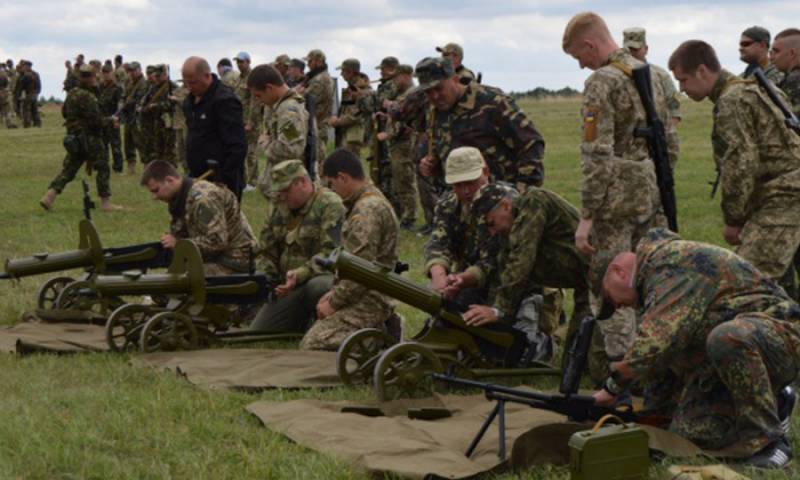 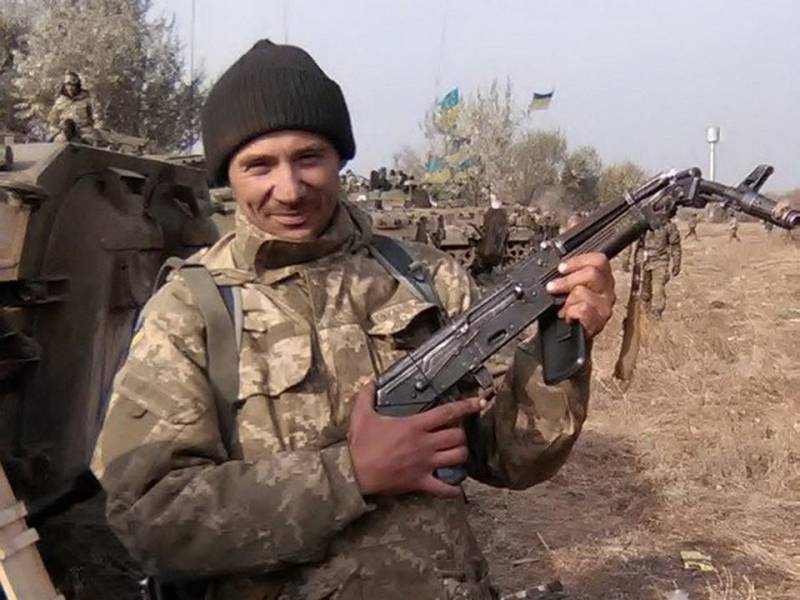 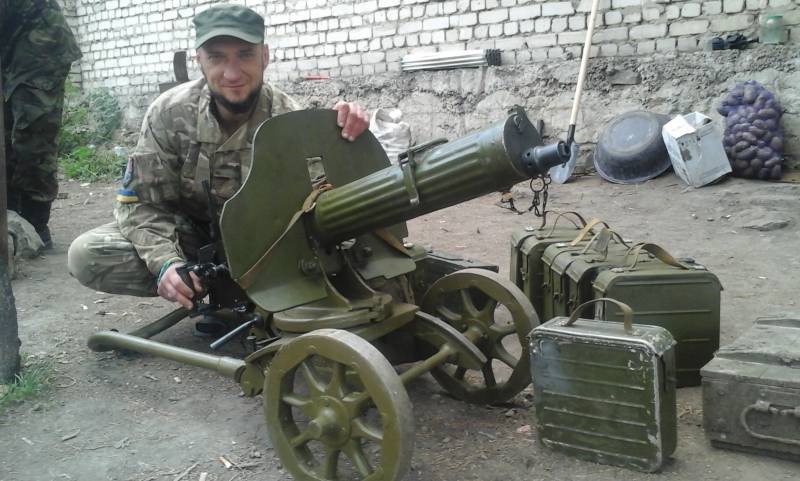 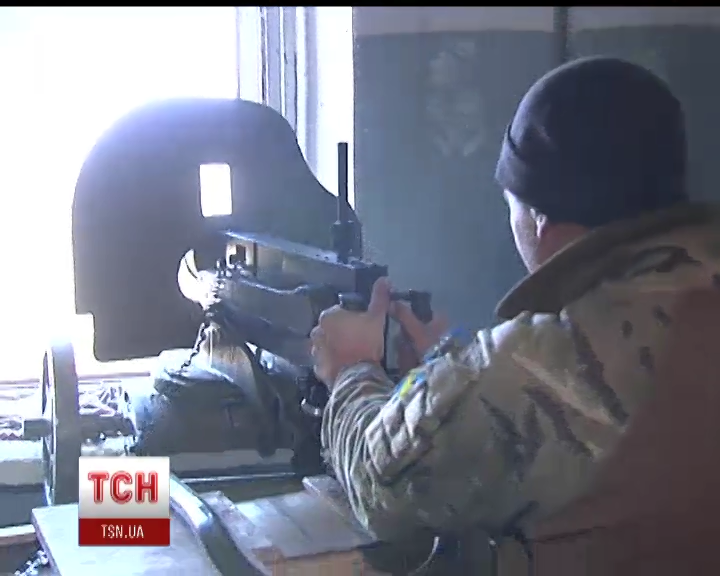 What conclusions can be made here? And all the same. Of course, the APU today is still a force. Especially on paper and command statements. Nevertheless, it is still quite a large amount of education, with the presence of military equipment.

Quality ... Yes, about quality, reproaches will always go to the “ten”. The current army of Ukraine is really not the one that was two years ago. This is another army.

But in the light of all this, not in terms of forecasts, but in terms of predictions, I would like to say the following. Yes, the path traversed by the Ukrainian army from complete decline to complete moral decay is impressive. Long road, state-owned tent in the field, alien peak interest. Basically, everything.

Yes, joyful cries are still heard from there that in Russia "representatives of the people have poisoned the" boyars ". But what is there in the ATO fighters of the Armed Forces of Ukraine being poisoned, we do not know, and we do not need it.

The fact that they will continue to continue in the same spirit. At least, I do not observe any prerequisites for changing the situation. An army that does not want to fight humanly, because it does not live according to human laws, this is sad. One side. Not with mine, I will note.

On the other hand, it is very good, because the faster this corpse finally decomposes, the easier it will be to solve some political moments.

So I sincerely wish in the new year the glorious forces of the Armed Forces of Ukraine to continue their difficult path of degradation and self-destruction. The competition in 2016 is not bad, so “go the right way, comrades!” 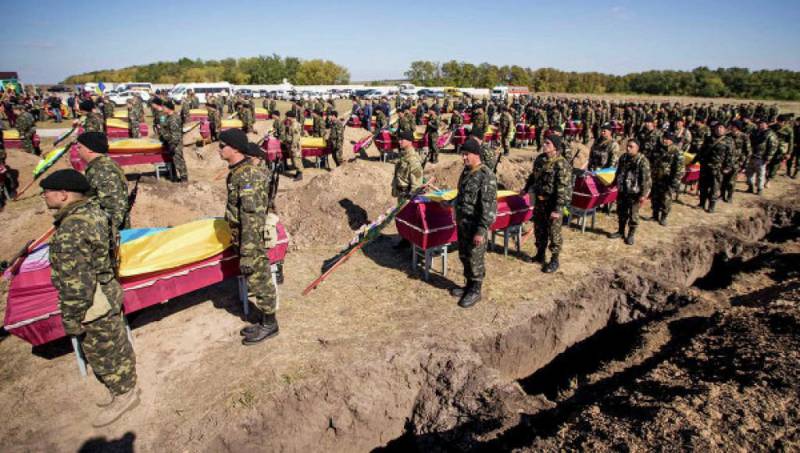 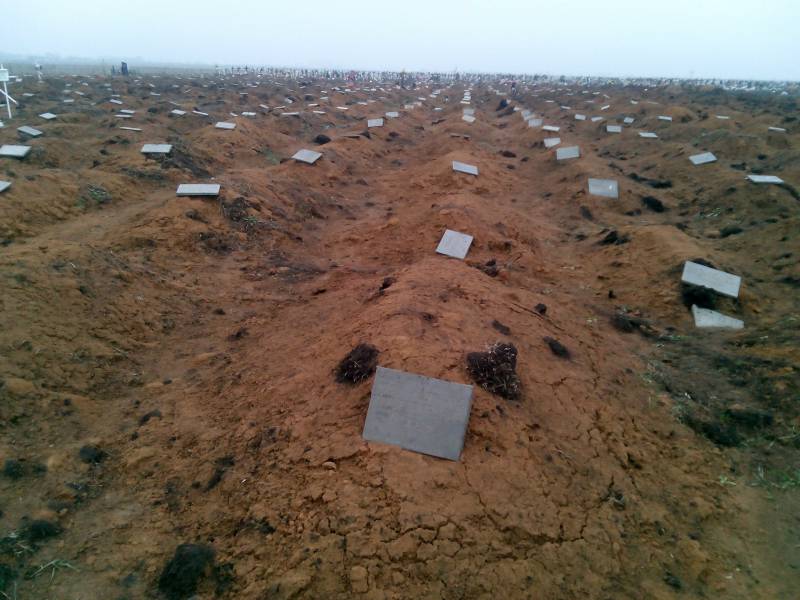