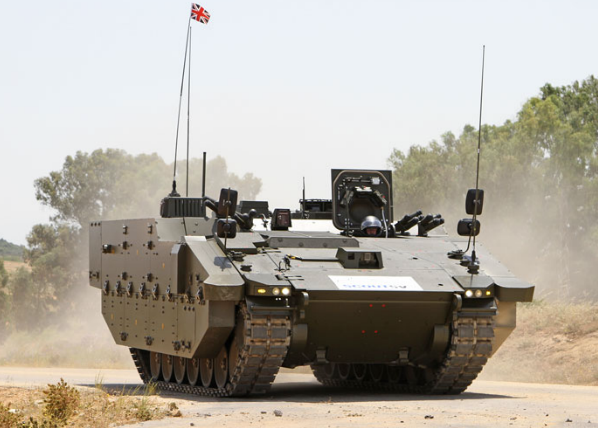 NATO representatives persist in believing that Russia is the number one threat to the military-political bloc. A clear testimony is the recent statement by the official London on the creation of two super mobile "shock brigades" ("Strike Brigades").

Over the past two years, members of the North Atlantic Alliance have steadily increased their spending: in 2015, the defense budget increased by 0,6%, this year military spending increased by another 1,5%. One of the main pretexts, under which representatives of the military-political bloc regularly invest money in the NATO piggy bank, is to contain the aggression invented by the West on the part of Russia.

The next initiative in the framework of the idea of ​​supporting the Russophobic myth is being implemented by Great Britain today. The other day, representatives of the Ministry of Defense of the United Kingdom announced the formation of two super-mobile "shock brigades", intended, as the British Defense Ministry reports, to "repel Russian aggression." The new formations will be equipped with armored vehicles on the Ajax platform, which, according to the British military, is a worthy alternative to Russian tanks Armata and combat vehicles on the Kurganets platform.

A distinctive feature of the formed tactical units, according to officials of the Ministry of Defense of Great Britain, should be efficiency. New brigades are planned to be used as a mobile reserve, which in the shortest possible time will be sent to any Eastern European region, from Romania to the Baltic states.

If we draw analogies, the actions of Foggy Albion are reminiscent of the continuation of the NATO scenario, in which Poland and the Baltic countries have been defending themselves for several years from the fictional enemy in the person of the Russian side. Apparently, the "military peacemaker" decided to connect the fifth member to the Baltic four. At the same time, a new participant responsible for intimidating Russia was once again chosen, to put it mildly, unsuccessfully.

According to experts, the effectiveness of guns with telescopic shells, which are equipped with "Ajax", is overvalued. Note that the United States prefers classic shells, and the Russian military completely departed from the practice of using telescopic munitions. In addition to the above, the weapon for firing has a large number of gears and mechanical processing, which makes it unsuitable for combat operations. “Ajax” will look good at the parade, but they are not suitable for a big war, ”commented military experts.

It is also necessary to emphasize that the first battalion is planned to be formed no earlier than 2020 of the year. Thus, the combat effectiveness of the already ineffective military units after more than a year, 3 will be close to zero.

Be that as it may, with the hands of the British military, NATO is once again trying to strengthen its position in Eastern Europe, although this time in a rather peculiar way. In this case, it is not so much a technical confrontation, but rather an attempt at psychological intimidation.

In addition, it is impossible not to note the successes of the Russian military-industrial complex, which, it seems, have so badly bothered the West that the North Atlantic Alliance decided to boast of its militaristic experiments. At the same time, the breakthrough in the defense sphere presented to the public is more like a step back, which does not seem to bother our "partners."