December 25 2016
11
Sacred memory of diplomats who honestly defended the interests of Russia and perished while performing their duties. The most famous of them was also an outstanding poet and thinker. 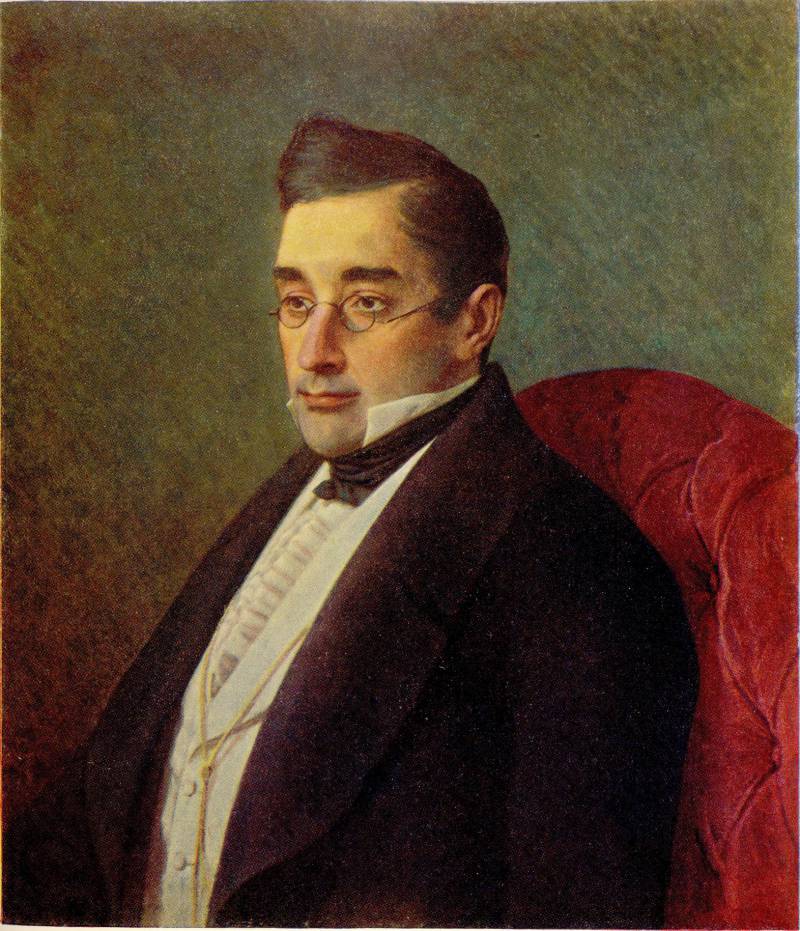 Alexander Griboyedov - how does it start? Before us is a classic, bright prodigy. The extraordinary tenacity of the mind manifested itself in it frighteningly early. It is not so important where and what he studied officially - in the Noble hostel, and then at Moscow University. He was easily given and foreign languages, and philosophy, and mathematics. Poet, musician, politician, warrior - in all his incarnations, he manifested himself clearly. By the age of fifteen, he could easily be considered a person with a university education. Perhaps, early scholarship determined the essence of the most famous Griboedov's creation - “Grief from the mind”. It was not easy for him to get rid of his sense of superiority over all. It was not easy to adapt both in the service and in the colorful world of art. Alexander Sergeevich was not quarrelsome and sharp. By nature - a stinging knight. He participated in the 1812 war of the year, however, by the will of fate on the sidelines, and then he dreamed of writing a tragedy about these heroic events. In the spring of 1816 th left military service, not reaching high ranks. And in 1817, his brilliant diplomatic career began. 16 July 1818, Count Karl Nesselrode, wrote in writing to the Commander-in-Chief of the Caucasian Army, General Alexei Yermolov, that “official Persian is appointed Charge d'Affaires of Persia, Griboedov’s secretary, and clerical staff of Amburger.” Nesselrode loved brevity, but with this brief mention a Caucasian chapter opened in the life of our hero.

At that time, Griboedov was torn between creativity and service, and sometimes he dreamed of "quitting the diplomatic service and responding from a sad country, where instead of learning something, you forget what you know." He did not like service in a distant foreign country. But General Yermolov - the wisest of the wise - was filled with deep respect for the young talent. It was he - at that time a powerful commander - who had rescued Griboyedov from Persia, making him his secretary "in a foreign part." Loving Griboyedov as a son, according to Denis Davydov, he tried not to load him with daily work. Georgia is not Persia, here Griboyedov breathed freely and plenty was written. 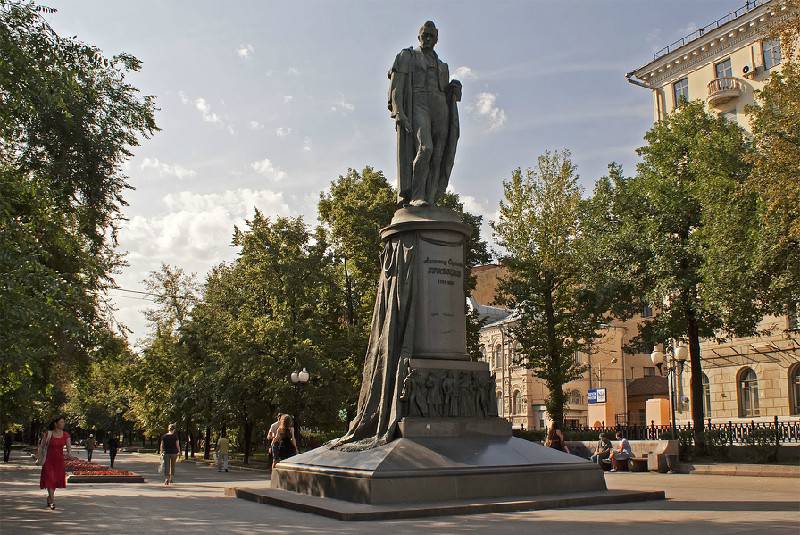 The diplomat who gained strength did not forget about literary matters. Attempts to create an epic drama, the tragedy of Shakespearean scope remained in the sketches. The service distracted Griboyedov from creativity, and the mania of perfection made it difficult to work quickly. “Woe from Wit” is the only major finished work of Griboyedov. The biting comedy was fully published in the official press a few decades after Griboedov’s death. Although by that time she had changed the face of Russian literature, had influenced our best writers, caused controversy ... Dozens of witty replicas entered Russian speech, became winged. Alexander Pushkin also remarked: "Half of the poems should be included in proverbs." So it happened. According to Chatsky, Famusov and Molchalin were judged on social types. Comedy Griboedova perfect. We do not have a more refined poetic play. Comedy was considered unbearably free-thinking, but Griboedov clearly acted from patriotic positions. Sarcasm, he did not regret neither for Famusov nor for Skalozub. The first attempt to put "Woe from Wit" on the stage was interrupted by the Governor General Mikhail Miloradovich. But in 1830's, the comedy saw the scene in both capitals. This is a mysterious work, it will be solved for centuries - and with benefit. Satirical comedy and psychological drama in one tangle, like grin and misery.

December 1825 is another milestone in destiny. In the testimony of the Decembrist Sergei Trubetskoy flashed the name of Griboyedov, and he was under investigation. And then Alexey Ermolov took the young employee under his wing. The general sympathetically prepared Griboedov for the arrest, destroyed all his papers so that they did not fall into the hands of the investigating authorities, and wrote to Petersburg: “I have the honor to forward Mr. Griboedov to Your Excellency. He was arrested in such a way that he could not destroy the documents that were with him. But he didn’t have anything but the few that I send you. ” He was under investigation until June 2, 1826, steadfastly denied his involvement in the conspiracy, and eventually proved non-participation in the insurgency. Is free! And again, “serve is pleased,” although “it is sickening to be serviced.”

Because of the arrest, he was released with a “cleaning certificate” - and the diplomat again went to Tiflis. General Paskevich, who replaced Yermolov, also highly appreciated Griboyedov's abilities and, if he sometimes persecuted him for his reckless courage, he did not hide his respect. During negotiations with the Persians, Paskevich fully relied on Griboedov’s diplomatic prudence and openly admired him. 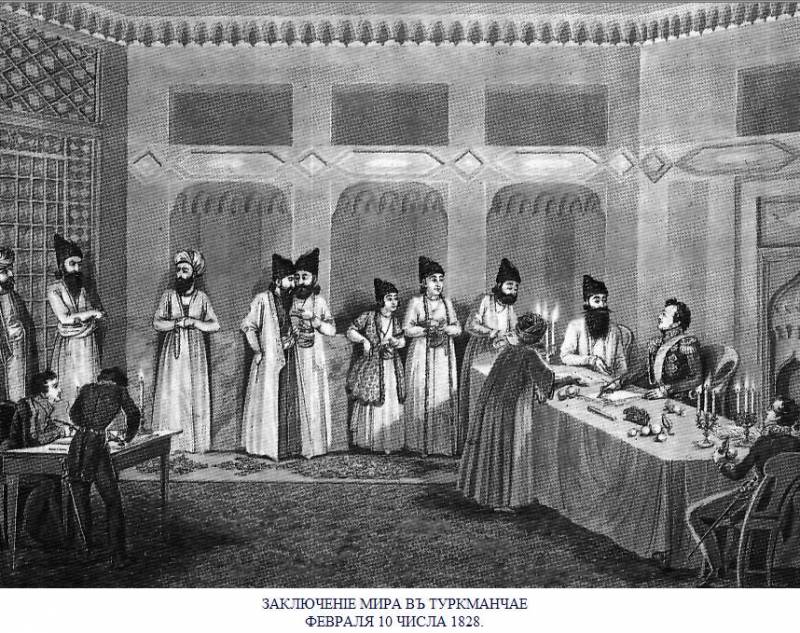 The primary political benefit performance of Griboedov was the Turkmanchaysky peace treaty, which marked the victory over Persia, secured the territorial acquisitions of the Russian Empire, the hegemony of Russia in the Caspian Sea and in the eastern trade. Contemporaries did not dispute the main role of Griboyedov in the development and signing of this breakthrough document. General Paskevich gave Griboyedov the honor of “bringing a contract” to the emperor. Nikolai Pavlovich granted him the rank of state councilor, the Order of St. Anne, adorned with diamonds, and four thousand gold coins. Griboedov accepted enthusiastic smiles, but was afraid of the courtly routine, held out independently.

In Tiflis, he was greeted with even greater pomp, even called Griboedov-Persian. Paskevich gave a salute in his honor, as was done in St. Petersburg, when all the cannons of the Peter and Paul Fortress fired simultaneously a 201 volley. Well, after all, it was he, Griboedov, brought to Nicholas I the long-awaited and victorious Turkmanchaysky agreement.

It is not surprising that in Persia, the very same Turkmanchay Treaty was perceived as a national catastrophe. Russia entered the war with Turkey, and the Persians hoped to evade execution of the treaty, taking advantage of the confused international situation. They did not even think of fulfilling many agreements, hoping that the Russian tsar would not start a new war.

A noisy anti-Russian campaign started in the eastern country. Bazaar speakers incited fanatical rage amongst the people, mixed with pseudo-religious yeast. And Griboyedov just had to demand the Iranians another part of the indemnity ... He tried to smooth over the contradiction, called Petersburg to accept silk or jewelry instead of money. However, the emperor's verdict was strict: the contract should be carried out clearly. Later, this will give a reason for evil tongues to reproach the emperor with the intentional destruction of Griboyedov by the hands of the Persian crowd. It is unlikely that such a cunning plan existed in reality, but it must be admitted that Nicholas put his diplomat in a deliberately impasse.

The Russian Embassy was not located in the capital of Persia, but in Tabriz. In Tehran in the beginning. 1829, Griboedov stayed temporarily - to introduce the Shah. Of course, an experienced politician felt the nerve of the situation. He asked his wife to leave Tabriz for a while, to return to Georgia, and they managed to arrange such a trip. Griboedov wrote to his wife every day. “It’s sad without you, it’s impossible anymore. Now I truly feel what it means to love ... ”is the last message of her husband, which she read.

Mudzhtahidy (influential Islamic theologians) convinced the heated people that Griboedov was the culprit of the introduction of new taxes, an atheist, a conqueror ... Hate did not know the limits, the mujtahids caused a spirit of fanaticism. In addition, Griboyedov was accused of concealing Armenians. He really hid several Armenians on the embassy’s territory in order to transport them to Russia. But acted in accordance with the Turkmanchay Treaty! These hot Persians were ready to give up their obligations.

Behind these furious speeches stood Allayar Khan, the disgraced minister, a politician of an adventurous warehouse who was trying to regain his lost influence. For the Shah, these disturbances were an unpleasant surprise, a trap from which he tried to extricate himself. Shah tried to avoid a new war with Russia, and led it to her. 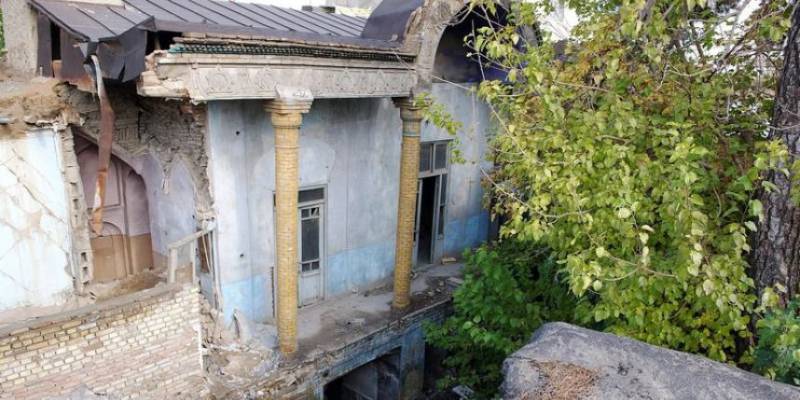 Alexander Griboedov died in this house.

30 January 1829, the spiritual authorities declared a holy war to the Russians. The crowd gathered at the mosque, went to the house of the Russian mission. A bloody pogrom began. That day, the entire composition of the embassy was destroyed in Tehran; one senior secretary, Ivan Maltsov, an extraordinarily cautious man, survived. He offered salvation and Griboyedov. It was only necessary to hide, go into the underground tunnels ... "The Russian nobleman does not play hide and seek" - that was the answer. His death was proud and brave. I met with uninvited guests with a saber, demanded obedience from them. After all, he was in Russia! The security of the embassy - 35 Cossacks - adequately repelled the attack. Dozens of angry fanatics remained forever on the pavement, but the Cossacks were killed, one and all. Alexander Sergeyevich also died. Having received a blow on the head with a stone, he fell. Immediately a hail of stones fell on him, swords screeched over the body.

For the death of Griboyedov and the entire Russian mission, the shah made an official apology to Emperor Nicholas, to which he attached a unique diamond. The emperor found it reasonable to be compliant. He accepted the gift and deferred the payment of the indemnity for five years. In the difficult days of the Russian-Turkish war, Nikolai did not want to spoil relations with the Persians. He closed his eyes to the opinion of Paskevich, who spoke of the fatal British influence on the Persian crowd. “I am consuming the ill-starred Tehran incident to eternal oblivion,” said the emperor. It turned out that the rioters and provocateurs have achieved their ... 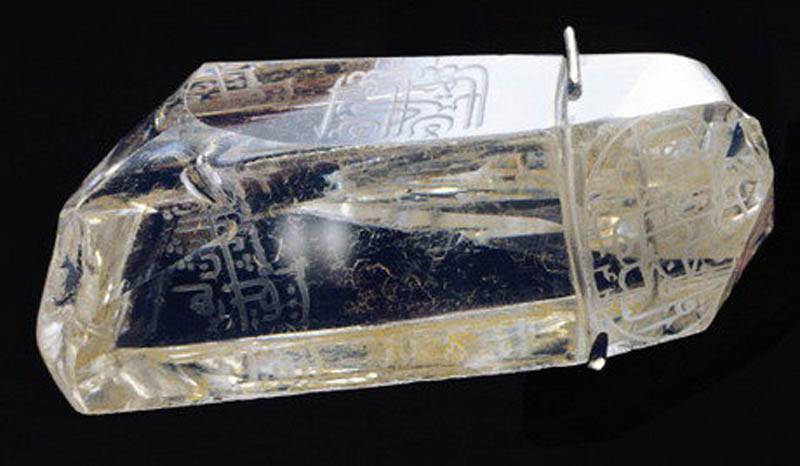 “Almaz, according to the Persians, was supposed to atone for the terrible guilt of the murderers of the Russian minister Griboyedov. The stone added to the royal collection. They were admired by the courtiers, and foreign ambassadors asked the highest permission to look at such a rarity. However, in which carats one can express the damage inflicted on Russia by the brutal murder of one of its greatest creators? .. ”says one of Griboedov’s biographies.

He loved Mount Mtatsminda, towering over Tiflis. There, in the monastery of St. David, and bequeathed to bury himself. The liturgy was performed by the exarch of Georgia, Archbishop Moses. 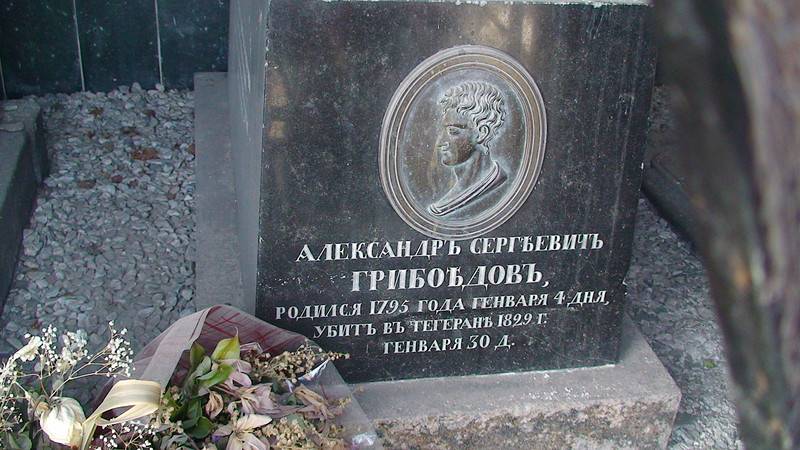 “The more enlightened a person is, the more useful it is to the Fatherland,” said Griboedov. And as far as possible I followed this program. His image has not faded over the centuries. But, alas, the murderers of Griboyedov seemed to have left the front pages of today's or tomorrow's newspapers - lively. Here we are, of course, not only about Islamic radicals, although first of all about them. Everywhere there are big provocations and irresponsible manipulation of the worst instincts. Terrorists "bliss in the world." All the more instructive for us is the biography of Griboyedov, a writer and politician who combined subtle intelligence with military courage.