December 26 2016
21
As it became known the other day, Russia continues to develop and test promising types of weapons designed to protect against possible attacks. Last week, there were reports of the next test launch of the latest Russian anti-missile. As several times before, the first test details weapons Russian development were published by foreign media. Data on the launch, according to foreign press, were obtained from sources in US intelligence agencies.


On the next test of Russian weapons 21 December reported the American edition of The Washington Free Beacon in the article "Russia Conducts Test Test of New Anti-Satellite Missile" ("Russia conducted the fifth test of an anti-satellite missile"). The author of this publication was a military columnist Bill Hertz, known for his attention to foreign, including Russian, projects in the field of strategic weapons.

From unnamed representatives of the US military department, B. Gertz received information about a new test launch of a promising Russian missile intended for use in an anti-missile defense system. The American author suggests that such weapons can be used to destroy spacecraft in order to destroy the communications infrastructure of the United States. 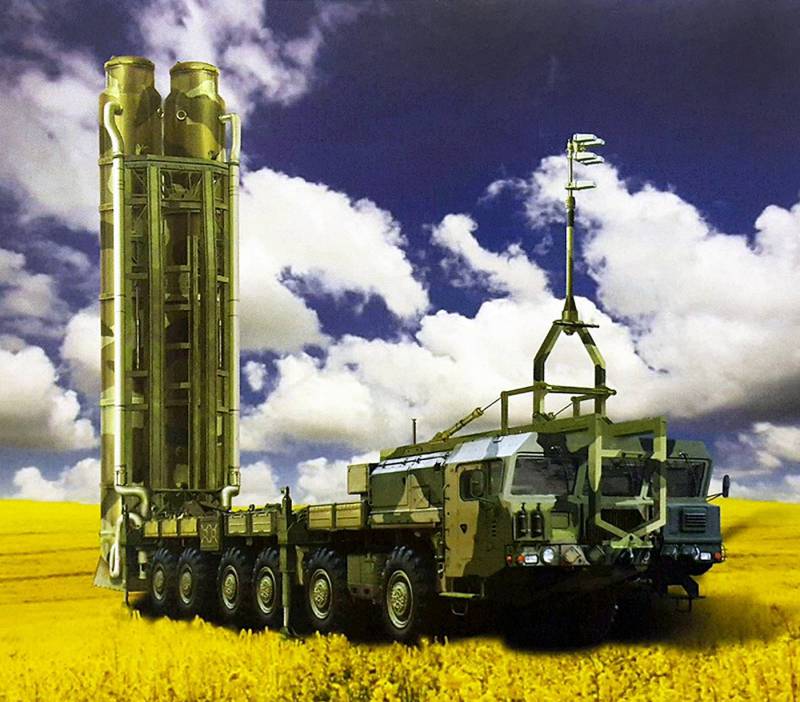 The possible appearance of the launcher missiles "Nudol." Figure Militaryrussia.ru

The American intelligence services have information that 16 December at one of the ranges in the central part of Russia took place a test launch of a Nudol type rocket. The product has the American code designation PL-19 (according to known data, the letters "PL" designate missiles that were tested at the Plesetsk test site). According to official data, the new missile is intended for use as part of anti-missile defense systems and to protect the country from a possible attack.

According to B. Gertz and his sources, in the middle of December the fifth test launch of the newest Russian rocket took place. At the same time, he was the third success. The exact location of the test is not specified. Earlier, similar launches were held at the Plesetsk cosmodrome in the Arkhangelsk region, but this time a different testing ground became a testing ground. Also, the technical features of the launch are not specified. In particular, it is not known whether an experienced rocket went into space or flew along a suborbital trajectory.

The author of the publication The Washington Free Beacon tried to get an official comment from the US military. However, Pentagon press secretary Michel Baldance noted that the US Department of Defense does not usually comment on the capabilities of other countries.

B. Hertz recalls that the two previous test launches of the PL-19 / Nudol missile passed 24 in May and 18 in November last year. It is noted that the first reports about these most interesting events appeared precisely in the publication The Washington Free Beacon in the materials of B. Gertz himself.

The current course of testing a promising missile, in the opinion of the American author, shows that the Nudol program has a high priority and is actively moving towards the future adoption of missiles for use with the subsequent development of their operation. At the same time, a new type of anti-missile missile is one of several models of promising strategic weapons currently being created by the Russian defense industry.

Specialists in the US military tend to see in the Nudol product a direct ascent anti-satellite missile. Russia, in turn, seeks to disguise such a designation of the project and argues that the new complex is necessary to combat ballistic missiles, but not with spacecraft. Current work and progress made worry the US military leadership. At the same time, both Russian and Chinese developments in the field of anti-satellite systems are a cause for concern.

The existing concern is expressed in the form of relevant statements by high-ranking officials and military leaders. Some similar statements about the Russian and Chinese projects B. Hertz cites in his new article.

The head of the US Strategic Command, General John Heithen, who previously held the post of Chief of the Air Force Space Command, said earlier that Russia and China are currently building their own systems for the war in space. These countries receive new opportunities that are directly related to American security.

In March of this year, the head of the Joint Command for Space Operations of the Strategic Command, General David J. Buck, announced that the Russian industry was developing new weapons with anti-space potential. According to the general, Russia views the dependence of the United States on space systems as a vulnerability that can be used for military purposes. In this regard, the Russian military intend to take targeted actions to strengthen the potential in the fight against the space systems of a potential enemy.

Another interesting statement was made earlier by Mark Schneider, who in the past was involved in the formation of the Pentagon’s policy in the field of strategic weapons. He argues that the current imbalance in the field of anti-satellite weapons between the US and other countries is of great importance. According to M. Schneider, in the future this situation can lead to a defeat in a high-intensity conflict. Thus, the loss of satellites of the GPS navigation system, including the complete destruction of their group, will worsen the capabilities of the existing American precision weapons, as well as eliminate the effective use of long-range cruise missiles.

Another target of promising anti-satellite rockets may be communications spacecraft. According to M. Schneider, the United States has already begun to take the first steps in reducing dependence on GPS satellites. However, so far these works are far from the final result.

Heritage Foundation’s defense analyst, Michaela Dodge, claims that new Russian missile tests underscore the growing threat in the space environment. Conducting new test launches requires the US to change its view of space. Near-Earth space now turns out to be a “contested environment”, free access to which cannot be guaranteed. In the presence of such threats, the Pentagon should create scenarios of work in conditions of the impossibility of the full use of space and satellite constellation. Also, Russian tests show the need to protect and diversify the space group.

With reference to unnamed representatives of American intelligence B. Gertz writes that only two dozen anti-satellite missiles will be enough for a potential enemy to deliver a serious blow to the satellite “infrastructure”.

Spacecraft of various classes and types are used by the Pentagon for communication and control, accurate navigation, reconnaissance, etc. The dependence of the army on the space group is particularly strong when solving combat missions in remote regions, where satellites are one of the few tools of a given purpose. Russia and China have already understood the US dependence on spacecraft, which can be considered a real vulnerability. As a result, anti-satellite weapons are a convenient "asymmetric" means of warfare.

The American author is aware of various developments in Chinese and Russian industry in the field of satellite control. According to him, the two countries are creating laser and other "directed energy" systems, with the help of which satellites can be disrupted. Small space vehicles are also being created with the ability to maneuver and counter enemy equipment.

B. Hertz recalls that the Russian command has already talked about the latest developments in this area. Thus, the former commander of the Russian Aerospace Defense Forces, Colonel-General Oleg Ostapenko, argued that the advanced C-500 anti-aircraft system could hit a variety of targets, including satellites in low orbits and various space weapons.

In May of this year, Vadim Kozyulin, a professor at the Academy of Military Sciences, said that the development of "space kamikazes" shows Russia's preparation for a possible conflict with the United States, the field for which will be near-earth space. The TASS news agency in one of its publications on the A-60 project mentioned that the laser systems of the experimental aircraft can also be used to fight with spacecraft.

In October, the TASS agency raised the theme of the Nudol project. According to him, the project also has the designation A-235 and is being developed to replace the existing Moscow anti-missile defense systems. B. Hertz notes that anti-missiles and anti-satellite weapons should have similar characteristics. The missiles of both types must have a high speed of flight and differ in pointing accuracy.

The Washington Free Beacon recalls that the United States currently does not have specialized anti-satellite missiles. However, interceptors from the existing missile defense system can solve problems of this kind. In 2008, the SM-3 was able to destroy a reconnaissance satellite in near-Earth space in a special way. This shows that even in the absence of special complexes, the Pentagon has anti-satellite systems that can be used to combat the space groupings of a potential enemy.

The intelligence department of the US Department of Defense (Defense Intelligence Agency) in one of its last year’s reports to Congress referred to the position of the Russian leadership regarding anti-satellite weapons. According to the Office, Russian leaders openly argue that the country has weapons to combat spacecraft and is conducting research in this area.

In addition to Russia, anti-satellite weapons are created by China. According to reports, the latest at the moment the test launch of a Chinese rocket, designed to fight with spacecraft, took place in early December. As in the case of Russian works, information about the preparations for this launch was first published by The Washington Free Beacon. A proven Chinese rocket was identified as a DN-3 product. Like the Russian project "Nudol", the Chinese project is officially listed as a missile defense weapon. It should be noted that the Chinese Ministry of Defense called the publication of the American edition of the preparations for the launch groundless.

According to various sources, to date, the Russian industry has conducted five test launches of Nudol missiles. The first launch took place on 12 August 2014 of the year, but its results are not known for certain. According to different sources, he was successful or ended in an accident. The following rocket was launched on 22 on April 2015 of the year, but it did not complete the task. 18 last November was the third launch, which, according to all available data, was a success. The fourth in general and the second successful start took place on 25 in May of this year. All these tests were conducted at the Plesetsk test site. December 16, according to B. Gertz, was the last launch at the moment, it is the third successful one.

According to available data from domestic sources, the A-235 Nudol complex is a further development of a family of anti-missile systems designed to protect the Moscow region. Rockets of new type, characterized by increased characteristics, will replace existing products. It is assumed that, in the finished form, a new anti-missile system will be able to hit the combat units of ballistic missiles at ranges up to several hundred kilometers at high altitudes, including those outside the atmosphere. At the same time, the exact characteristics of the Nudol system, for obvious reasons, are unknown.

The lack of full-fledged information about the new project leads to increased interest from domestic and foreign experts, which, among other things, stimulates the emergence of new publications, such as the recent article by The Washington Free Beacon.

We are in Yandex Zen
Another successful GBI advanced anti-missile test
T-72B vs M1A2 "Abrams"
21 comment
Information
Dear reader, to leave comments on the publication, you must to register.